Q&A: Jonathan Ames on Being ‘Bored to Death’ 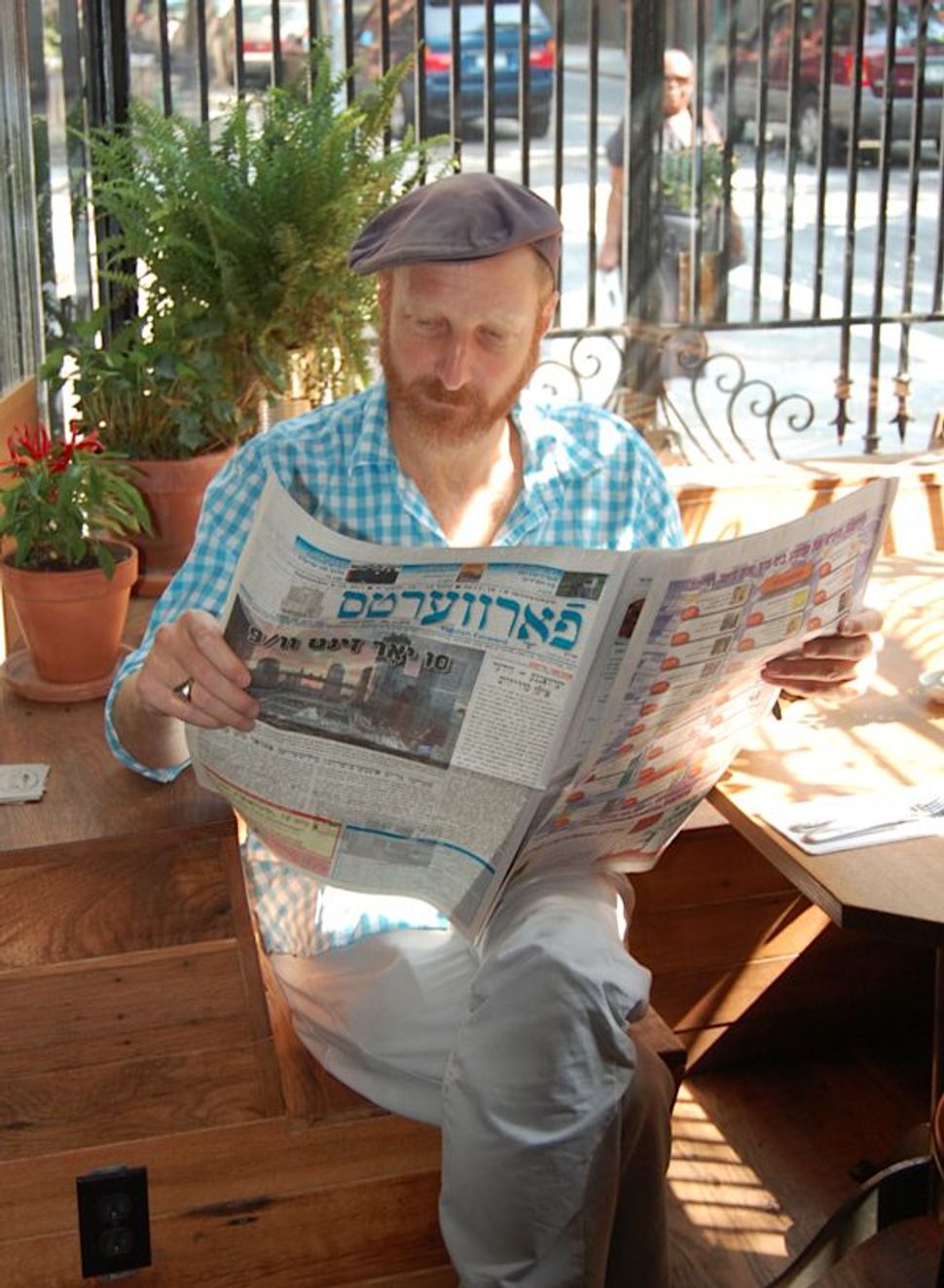 Ezra Glinter: Much of your fictional writing is autobiographical, but in this case, you named the protagonist of the show “Jonathan Ames.” Why is that?

Jonathan Ames: When I wrote fiction, everyone would say to me: “Come on, man, why don’t you call this a memoir? It’s true, why don’t you just give us the whole truth?” And then with the nonfiction they’d be like: “Come on man, you exaggerated. That didn’t really happen.” So I decided to write a story very much in the style and voice of my essays, but fictionalize what happened. Then there’s this question: “Did this really happen? Is this Jonathan Ames really a private detective in Brooklyn?” I thought it would add an element of intrigue for the viewer.

Does this mean that this character is closer to the “real you” than your other alter egos?

All of these people — in the nonfiction, the novels, the TV show — aren’t me. I think if you made a collage of them all, they still wouldn’t be me. I don’t know that anyone’s ever able to achieve authenticity in art or in life. Personally, I change so much all the time that anything I write that might reflect myself is going to change within weeks.

Why did you choose to set the show in Brooklyn, rather than in Manhattan, where much of your writing takes place?

Writers don’t necessary write what they know, but what they can see out their window. So this was where I was living — I’ve been here about 12 years, with two sojourns to the midwest to teach, like a character out of Malamud. It seemed like there hadn’t really been a TV show shot here, although now more shows are filming here.

How do you think living in Brooklyn compares to Manhattan?

I enjoyed the East Village when I was there. There were still a lot of artists there, a lot of writers, it felt like a literary café scene. For me as a writer, and I was writing for the New York Press then, it was a fun time to be in the East Village. But I love Brooklyn. The urban hum is less here, which is better for the human spirit.

A lot of your writing is about struggling to find success and about the difficulties of failure. Now that you’ve had this great success on HBO, how will that change your work going forward?

I don’t think it’ll affect my writing, because I’m just as emotionally miserable now as I ever was. I’ve removed financial anxiety from my mishegas [craziness], but now there’s the anxiety of the squirrel who hid a lot of acorns and is like: “Oh, sh*t, I have to hold on to my acorns. I need to dig a really big hole.” I still have a lot of confusion, a lot of psychological issues, a lot of self-loathing. I am grateful, though, that I got a good run of luck with this TV show.

Jewishness has always been a preoccupation for you, including in “Bored to Death.” Why is that?

I think it’s this Jewish anxiety that comes out and says: ‘’I’m Jewish! Arrest me!” It’s a little like an exhibitionist flashing, “Arrest me, I feel guilty!” I’ve never felt necessarily American; I don’t know what that would mean, to feel American. During my biological lifetime I’ve gotten an American passport and I’ll probably be all right, but in the history of the Jews it seems like nationality is very temporary.

How have you managed the transition from the solitary act of writing to the collaborative process of creating a TV show?

I had been performing for years and putting on shows at nightclubs, so I was used to gathering people and being like, “You go first, you go second,” and then I would emcee or finish off the evening with a story. I also did a lot of teaching, and running a TV show is a lot like teaching, telling 200 people through your script and how you talk, “This is what I want, this is what I want us to do.” There were many technical aspects of a TV show that I just had to learn on the fly, but you know, it was hard but not that hard.

“Bored to Death” is a lot lighter thematically than much of your other work. Was this a conscious decision?

It’s a comedy, and it’s not a dark comedy — more Woody Allen of “Sleeper” than Woody Allen of “Annie Hall.” I wanted to express exuberance and joy and looniness and madcap things.

Watch the trailer for ‘Bored to Death,’ Season 3:

Q&A: Jonathan Ames on Being ‘Bored to Death’