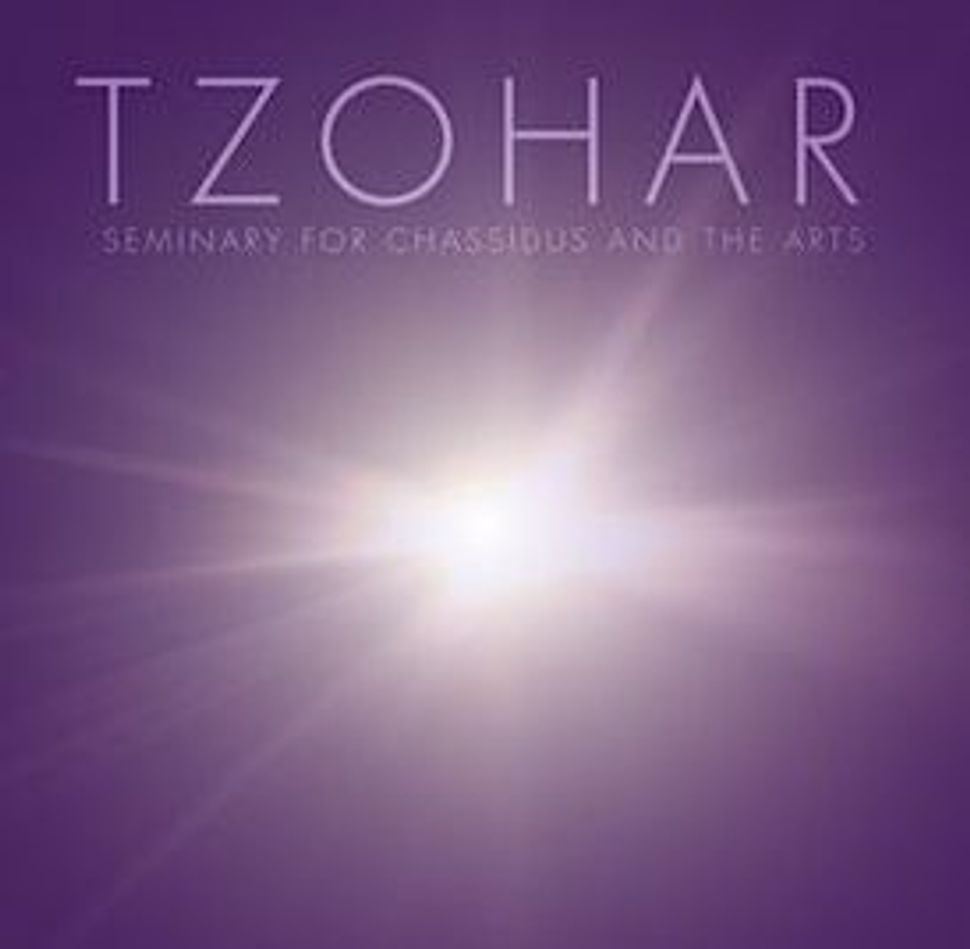 “The teachers here get to know you, instead of getting to know what they can change about you,” said Rochel Goldsmith, a fine arts and writing student at the Tzohar Seminary for Chasidus and the Arts, a one-year Lubavitch seminary for post high school girls opened this fall in Pittsburgh, Pa. Her peer, Rivka Eilfort, a singer, added: “I feel like I’m in a pre-school classroom when everything is there to stimulate your senses, every aspect of you, but on an adult level.”

Tzohar (literally “window,” from the description of Noah’s Ark in Genesis 6:16) teaches both Jewish studies and the arts, and tries to integrate students’ interest in both areas. The school is run by Amy Guterson, a graduate of Stern College for Women at Yeshiva University, where she studied fine arts and acting but felt she was never encouraged to connect her artistic endeavors and her Jewish spirituality. Her goal is to lessen the difficulty for the next generation and to provide a “kosher place to study the arts.”

Guterson said that she is saddened by the lack of focus on the arts in mainstream Jewish education and that art is often seen as “treyf” instead of “being a language, a potential vessel for kedusha [holiness].” At Tzohar the curriculum includes classes on “creativity and the arts,” Hassidic teachings, theater, filmmaking, Tanya, and the weekly Torah portion.

In the classrooms on Forbes Avenue student can encounter affirmations from Julia Cameron’s New Age flavored book ”The Artist’s Way” (2002), such as “I am a channel for God’s creativity and my work comes to good,” alongside excerpts from the late Lubavitcher Rebbe’s letters encouraging the work of Jewish sculptor Jacques Lipchitz, addressed by the Rebbe as “Chaim Yaakov.” Cameron’s “morning pages” are included in the curriculum alongside morning prayers.

In addition to Guterson, the other full time faculty member and teacher is Rabbi Aaron Herman, a Pittsburgh native who recently returned to his hometown after 13 years in Raleigh and Cary, N.C. Herman said that he is not creative himself but that he has an appreciation for the importance of creativity in his students’ lives.

The mixture of Jewish learning and creativity seems to reach students on a level most of them never experienced before. They spoke of looking at their watches hoping class would not end and of the freedom that they hadn’t previously encountered in their educational lives. One student labeled Guterson’s class on creativity and the arts “the barefoot class” because of its stress on creating a “safe environment where we can work without shoes on.”

Rochel Samuels, 20, of Milwaukee, Wis., described a group sitting around a Shabbat table and noting the nail polish each student wore. She asked who was wearing red and who orange, and soon realized all the colors of the rainbow were represented on her classmates’ fingers. Samuels was ecstatic that rather than being seen as a sign of “rebellion,” the multi-colored hand display was welcomed as part of the students’ “self-expression.”

A Tzohar is described in the Midrash as both a window as well as a precious stone. Tzohar Seminary seems poised to open a window in the lives of its students, as well as help them to create something artistically precious.