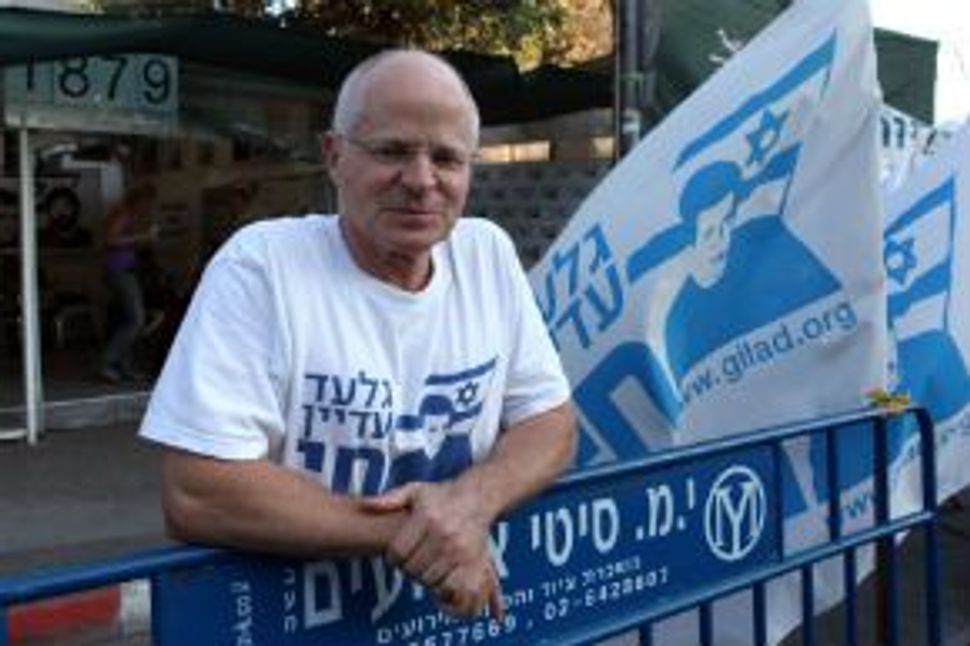 As Yom Kippur nears, Gilad Shalit’s father Noam and others are publically asking the captured IDF soldier for forgiveness.

They tell Shalit they are sorry in a video made by two Sam Spiegel Film & Television School students on-site at the Gilad Shalit vigil tent outside the Prime Minister’s Residence in Jerusalem’s Rechavia neighborhood.

“Gilad, I am sorry that we have not yet succeeded in restoring your freedom,” the elder Shalit tells his son at the beginning of the piece. Later, he adds “I am sorry that the governments of Israel that sent you and then abandoned you have allowed you to languish in captivity for many years.”

Among the others who ask for forgiveness is a woman who represents the families in the communities surrounding the Gaza strip, as well as several mothers whose sons have fallen while serving in the IDF. One said, “I’m sorry that the Minister of Defense has forgotten you and left you behind, forgotten that one of his soldiers is missing for more than five years now.” Another apologized for not yet returning Shalit home.

The Shalit family and their supporters hope that this video, which ends with the printed words, “Gilad has been in captivity 1,930 days. There’s no forgiveness,” will attract the public’s attention and increase pressure on the country’s leaders to make an agreement that would free Shalit.

Shalit was abducted by Hamas in a cross-border raid on June 25, 2006. He has been held by Hamas since then without any contact from his family or visits from the International Committee of the Red Cross or any other humanitarian organization. This is his sixth Yom Kippur in captivity.