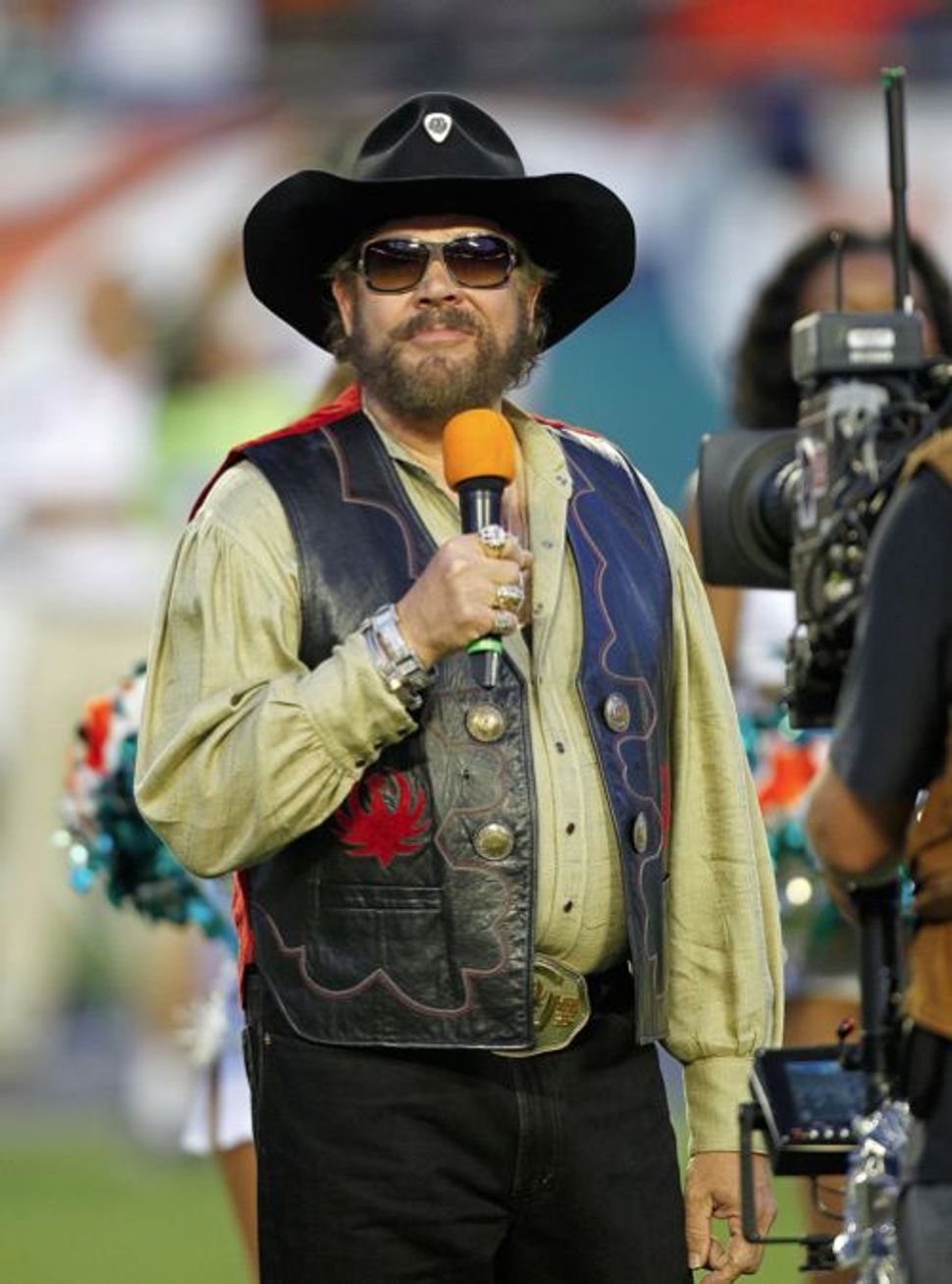 Hours before Yom Kippur seems like an appropriate time for the Shmooze to admit it got something wrong. 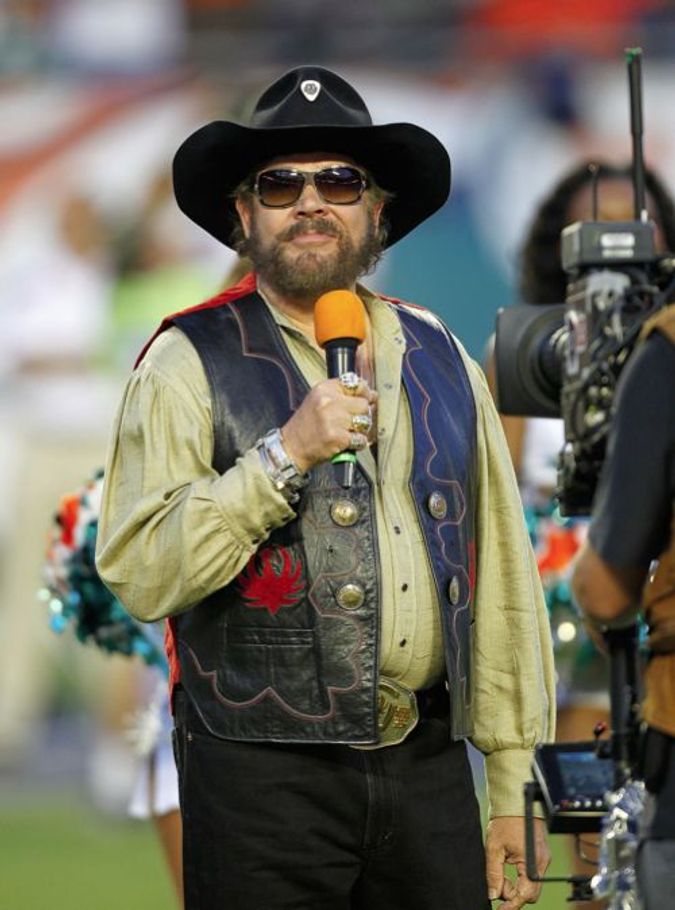 Well, our powers of prediction turned out to be wrong: ESPN announced Thursday that the football anthem will no longer be part of its Monday night programming. “We have decided to part ways with Hank Williams Jr.,” the network said in a statement. “We appreciate his contributions over the past years. The success of ‘Monday Night Football’ has always been about the games and that will continue.”

On his website, Williams claimed he had been the one to make the decision, arguing unconvincingly that ESPN had deprived him of his right to free speech. (Because apparently sports channels are constitutionally required to play music by singers who compare President Obama to Nazis.)

“After reading hundreds of e-mails, I have made MY decision,” he wrote. “By pulling my opening Oct 3rd, You (ESPN) stepped on the Toes of The First Amendment Freedom of Speech, so therefore Me, My Song, and All My Rowdy Friends are OUT OF HERE. It’s been a great run.”