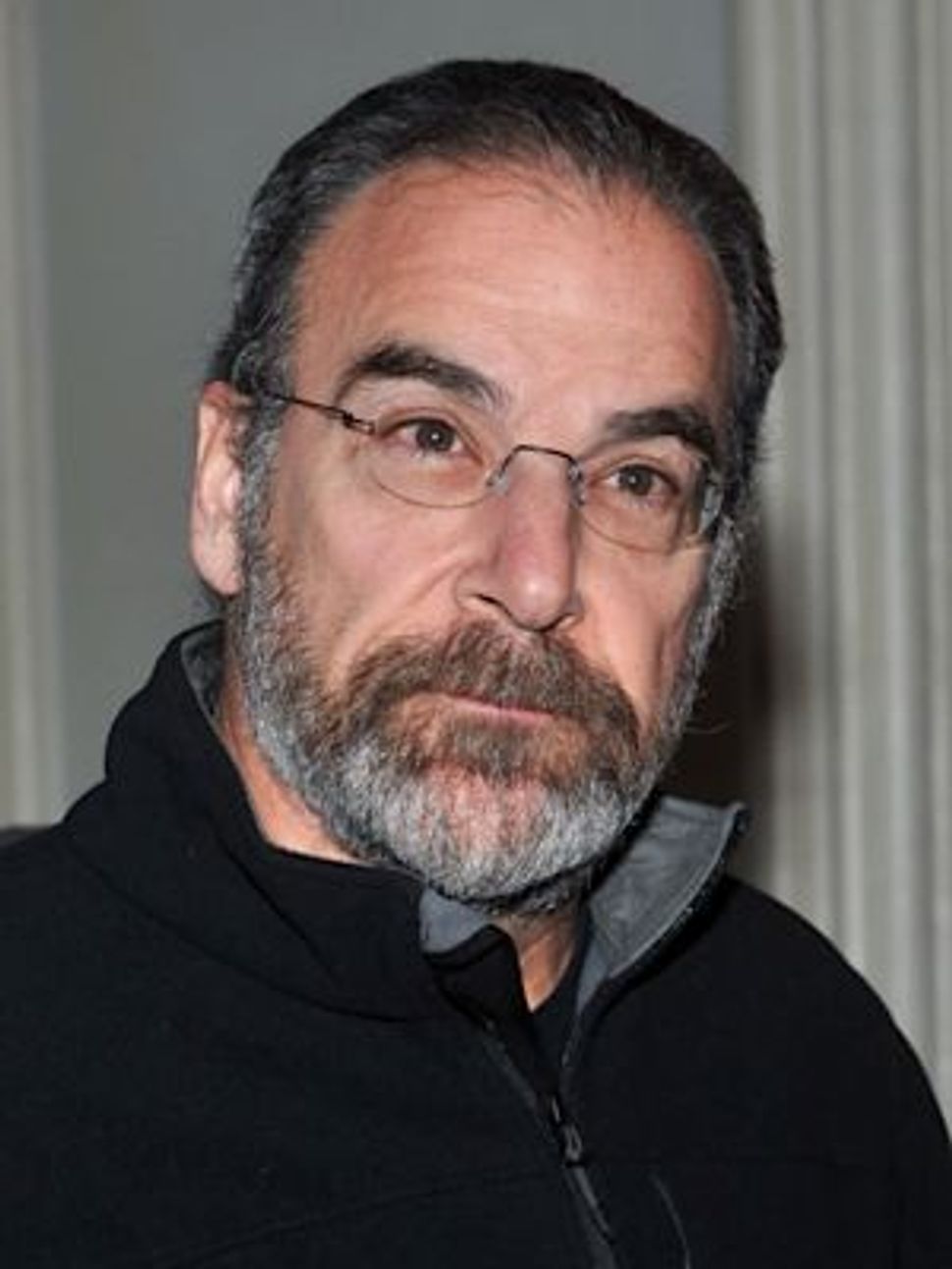 Patinkin’s latest role is in the Showtime series “Homeland” as Saul Berenson, a CIA agent and mentor to Carrie Mathison (Claire Danes). The show is an American adaptation of the Israeli series “Prisoners of War.” Patinkin will also appear in “An Evening with Patti LuPone and Mandy Patinkin,” which begins a limited run on Broadway starting November 16. He spoke to The Arty Semite about playing a Jewish CIA agent, performing with LuPone and how director Joseph Papp made him sing in Yiddish.

Curt Schleier: Who is Saul Berenson?

Mandy Patinkin: He’s the guy who knows where all the secrets are buried — the government, the Supreme Court; he’s got something on all the players. He’s the one who recruited Carrie to the CIA.

I think it’s a bit like the Oscar Hammerstein and Stephen Sondheim father-son, student-teacher relationship. If there was a terrorist incident and her life was at risk, he would give his, given his belief that she could save millions and is his greatest hope for tikkun olam [repairing the world].

Had you seen the Israeli series?

No, not at all. There wasn’t even time for me to watch it after I got the script. I immediately went down to Langley [CIA headquarters] and immersed myself in that world as much as I could.

Can we assume that Berenson is Jewish?

There is a moment in a future episode — and if the editors leave this in or not, I don’t ask — where I improvise quietly saying the Mourner’s Kaddish over someone who dies. There’s another revelatory moment later about his history, about his Jewish connection, about his parents and what brought them to this country.

Is playing a Jewish character easier for you?

Every part I play — George Seurat [in “Sunday in the Park With George”], Inigo Montoya or Saul Berenson — they’re all Jewish. I’m Jewish. At the end of the day, the words I sing and the words I say reflect the life I’ve led, the experiences I’ve had as a child of five days of Hebrew school, of Sunday school, of singing in the boys choir.
What is at the core of my Jewishness is forgiveness and passion for ourselves and for others and moving forward in a positive, familial way. That includes all the children of Abraham from both Sarah and Hagar. Ishmael and Isaac were brothers.

You weren’t brought up in a Yiddish-speaking household. How did you come to sing in Yiddish?

Joe Papp asked me if I would sing a song in Yiddish. When I told him I didn’t know any, he said, “It’s time you learned one.” He sent over “Yossel, Yossel.” When I sang that song, it hit me in the kishkes in a way that I can’t explain. It was like meeting someone you love.

Joe came over one Shabbos, and I played the song for him. He said to me: “You must learn this music. This is your job. Do you understand me?” And I understood. I have to continue passing on this heritage.

What kind of reactions have you received?

Arguments have started over the pronunciation of a word. Potato. Potahto. Tomato. Tomahto. People would tell me how a word was said on the corner where their parents lived. They were trying to preserve their parents’ way of saying things.

People also have come up to me and said “We couldn’t understand the words you were saying, but the songs spoke deeply to us.” The lesson is whether we’re from Germany or Russia, whether we’re Polish or Haitian, we should take a bath in our culture’s sounds and the music and the literature and just let it wash over us.

How did your reunion with Patti LuPone come about?

We are dearest friends who met in 1979 when we did “Evita.” Several years ago, we were approached and asked if we would do a show together. We each were told that the other was interested. I didn’t like that, but I said to Patti, “Before we blow this off, would you be interested if I created a show that had a story?” So I put together a love story in two acts between two souls who go on a figurative journey, using familiar and unfamiliar material. We’ve been doing it for the last four years, all over the world.

Which do you prefer, acting or singing?

If you told me I had to choose one for the rest of my life, I would choose singing. To be in a theater with a live audience singing the words great geniuses wrote — you can’t beat that.