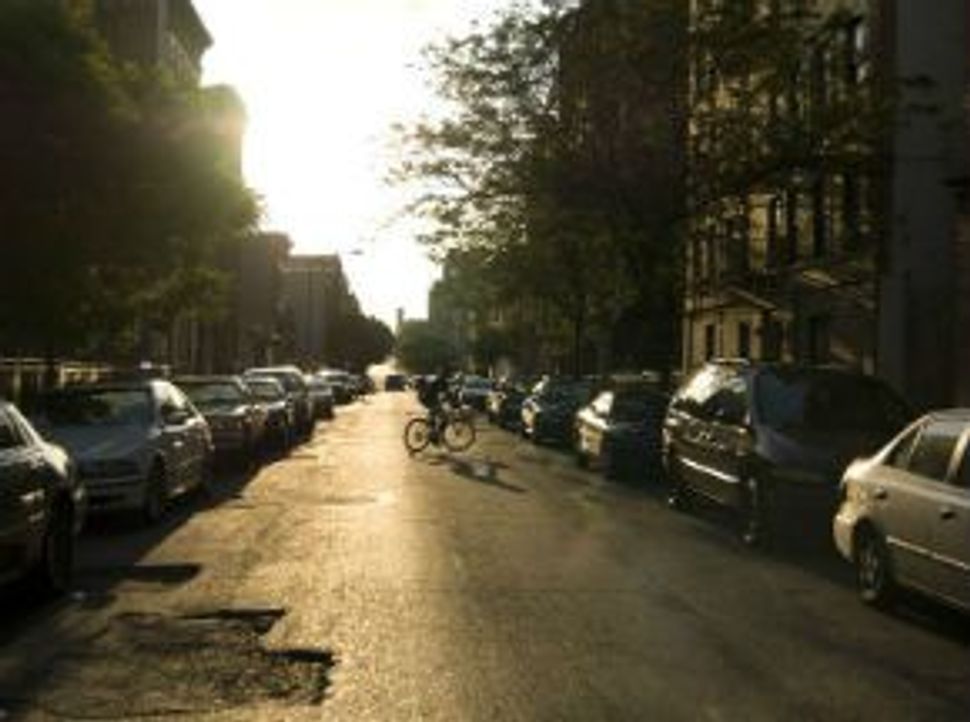 Municipal workers in Brooklyn have taken down signs directed at Hasidic women — not because they’re religious in content, but because of where they’re posted.

The signs, written in Yiddish, direct Hasidic women in the Williamsburg neighborhood to keep a distance from their male counterparts, telling them, “Precious Jewish daughter, please move aside when a man approaches.”

The signs were affixed to trees in the area, which is illegal, the city’s Parks Department says.

In addition to coverage in the New York Daily News, the signs’ removal has garnered attention on local blogs and television news. Hasidic residents of the neighborhood have defended the signs, with one resident claiming the community’s first-amendment rights had been violated. “It’s taking away freedom of speech,” 70-year-old Faye Grwnfeld told the Daily News.

City officials don’t know who posted the signs, but locals speculate that a “hard-line rabbinical group” may be behind them.

No signs were posted asking “precious Jewish men” to step aside when they see a woman.