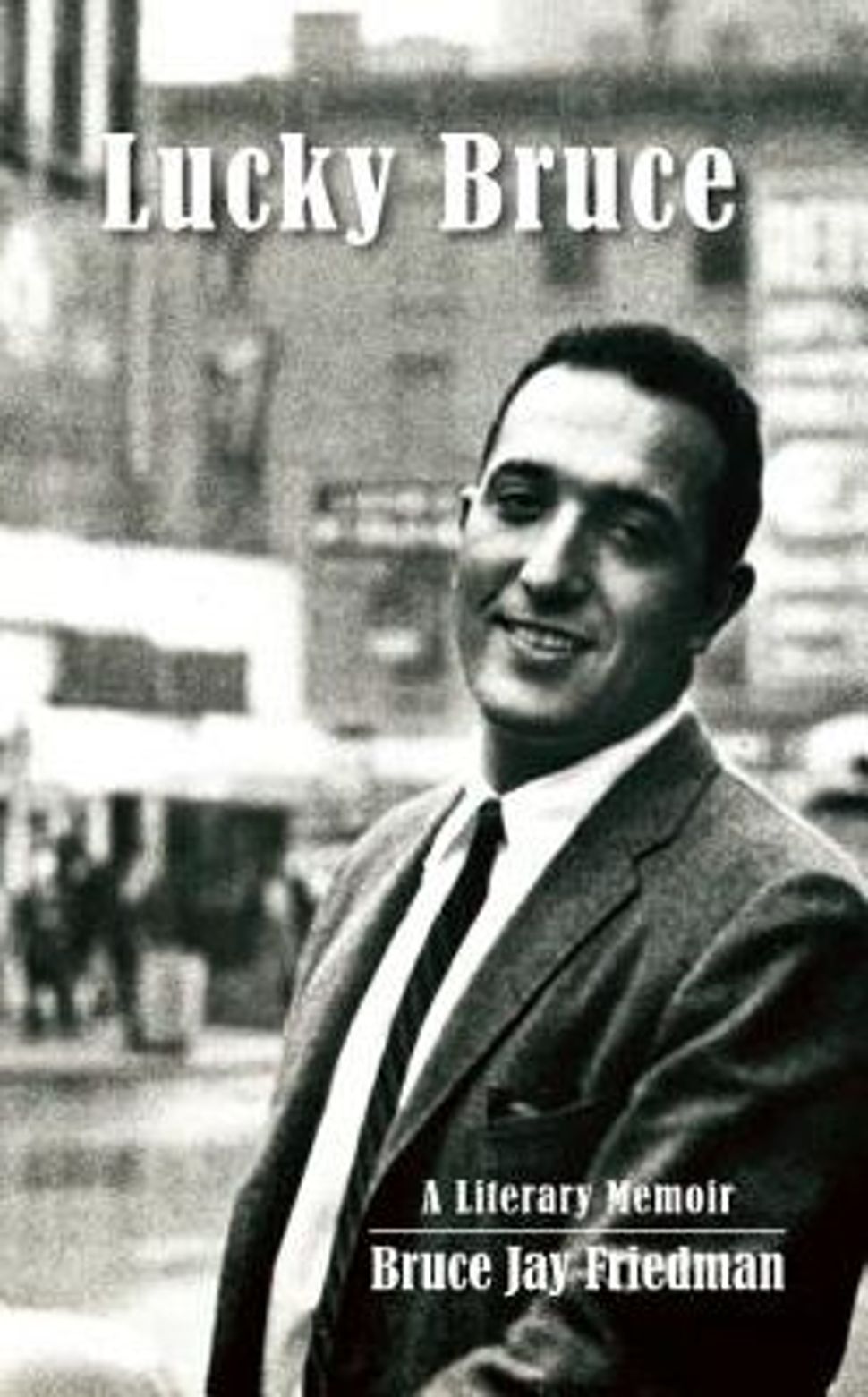 Bruce Jay Friedman was sent to a charity sleep-away camp in Peekskill, N.Y. each summer. It was sponsored by the Central Jewish Institute and staffed by Israelis counselors. Like most Jews born and bred in the Bronx, Friedman didn’t take well to the outdoors. 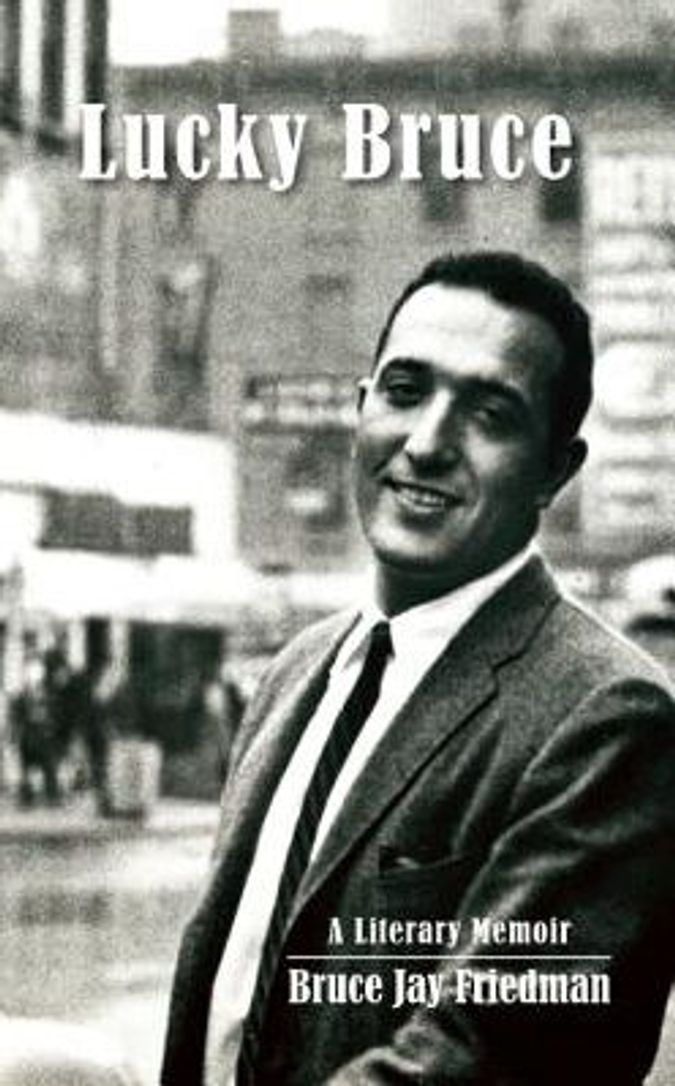 But as he writes in his fascinating new book, “Lucky Bruce: A Literary Memoir,” CJI may have provided him with a career path. On Shabbos evenings, the 5-year-olds would gather around a campfire and listen to stories about the Wise Men of Chelm.

“I found the stories [written by Sholom Aleichem] spellbinding,” he writes. “Did they ignite a need in me to take a try at (slightly bent) stories of my own? It’s conceivable….”

The operative words there are “slightly bent.” Friedman is best known as a writer of black humor, a term he himself popularized in America. Though thought of generally as dark or morbid, essentially it is Jewish humor mixed with self-deprecating urban Jewish angst.

For a suitably dark example, his first success was “Stern,” about a nebbishy man who comes undone when he suspects a neighbor called his wife a “kike” and that this neighbor may also have noticed she wasn’t wearing underwear. That was followed by “A Mother’s Kisses,” about a mom who accompanies her son to college.

“Lucky Bruce” was almost certainly the easiest to write of his books. Most of the anecdotes it contains are stories he’s been telling for years, as any Google search of his past interviews quickly reveals. The stories let slip that Friedman, like many of his characters, is a mixture of bravado and insecurity with a little over-the-top fantasy thrown in.

Did he really once date a Korean woman who claimed she studied penises at New York University?

Did Otto Preminger really offer him $50,000 to write a screenplay with an additional quarter million for rights if he liked it? And did Friedman really make a counteroffer? “You pay me $250,000, make the movie and if I like it I’ll permit you to release it.”

Was he really hired as a distinguished professor of irony by York College?

Did producer Ray Stark really once bring Natalie Wood to act as his secretary?

When it comes to Friedman and his entertaining memoir of literary life, does it really matter? It’s the story that counts.

Friedman grew up in a lower-middle class family, attended the University of Missouri and was an officer in the Air Force, which he almost considered for a career. “I saw myself rising to the rank of major, held back at that point, and becoming an éminence grise, consigned to whispering insights into the ears of a general with a more acceptable birthright.”

Instead he went to work for a company that published many magazines, such as Male, Men and Swank. These contained stories full of adventure and war alongside photos of buxom women in bathing suits.

He also wrote short stories and a “dreadful novel” that at least taught him “how to write a decent one.” And then came Stern. Though his life seems like a roller coaster, he presents it as an exciting and largely successful ride.

His first movie break was “The Heartbreak Kid,” whose screenplay, written by Neil Simon, was based on a Friedman short story. He wrote the screenplay for “Splash,” which starred Tom Hanks and Daryl Hannah and “Stir Crazy,” with Gene Wilder and Richard Pryor. And then there was the most successful of his plays, “Steambath,” which had a successful run off-Broadway before being broadcast nationally by PBS. In it God turns out to be a Puerto Rican steam-bath attendant assisted by a gentleman named Gottlieb.

He drops boldface names like a flower girl’s petals at a wedding: Al Pacino, Warren Beatty (who wanted to play Stern in the movie), Marlene Dietrich, Mike Nichols. He’s part of a regular lunch group that included Joseph Heller and Mario Puzo (whom he once told to pick another name besides “Godfather” because it would never work).

The book is littered with so many celebrities that he twice asks the rhetorical question, “When will this man stop name dropping?”

It’s not only names, but apocryphal jokes he’s picked up, as well. Probably none is more appropriate than the one he heard from Isaac Bashevis Singer, who told him about a writer for this very newspaper who plagiarized entire sections of stories. For example, he’d copy word for word: “At its center, the sun is 20 million degrees centigrade.” But then he would make it his own by adding, “And there the heat is unbearable.”

Lest there be any question, as “Lucky Bruce” makes clear, Friedman is entirely an original.

Curt Schleier is a regular contributor to the Forward.