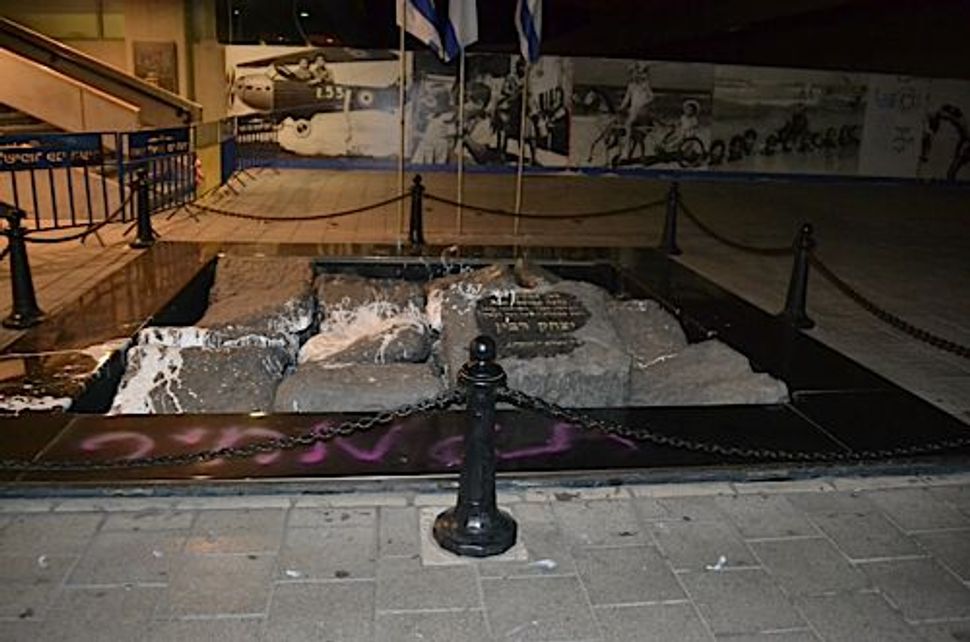 Has Ron Huldai forgotten that he is the mayor of Tel Aviv and not Jeddah, Saudi Arabia? In condemning the defacement yesterday of the memorial to assassinated Prime Minister Yitzhak Rabin in the square outside Tel Aviv’s city hall, Huldai proclaimed, “We should cut off the hands that allow themselves [sic] to harm what is sacred and important to the people of Israel.”

The Shmooze is hoping that the mayor was speaking figuratively. But Israeli journalist Dimi Reider points out that this was not a one-off reference to this strict form of sharia law punishment. Just a week ago, Huldai said, “I expect the hands of those who do such things to be cut off.” That time he was deploring the vandalizing of a Muslim and Christian cemetery in Jaffa.

We’re going to give Huldai the benefit of the doubt. Nonetheless, it would be a good idea for him to drop the references to medieval brutality — even if they are merely metaphorical. With all the objections Western government and human rights organizations have made to recent stoning and limb severing sentences, Huldai should recognize that his exaggerated and graphic language — as figurative as it may be — is not helping the cause.

Reider simply asks the mayor to stop before he gets too carried away. He wonders if next time social justice protesters try to occupy city hall (as they did recently), he’ll take it to the next level and cry, “Off with their heads!”