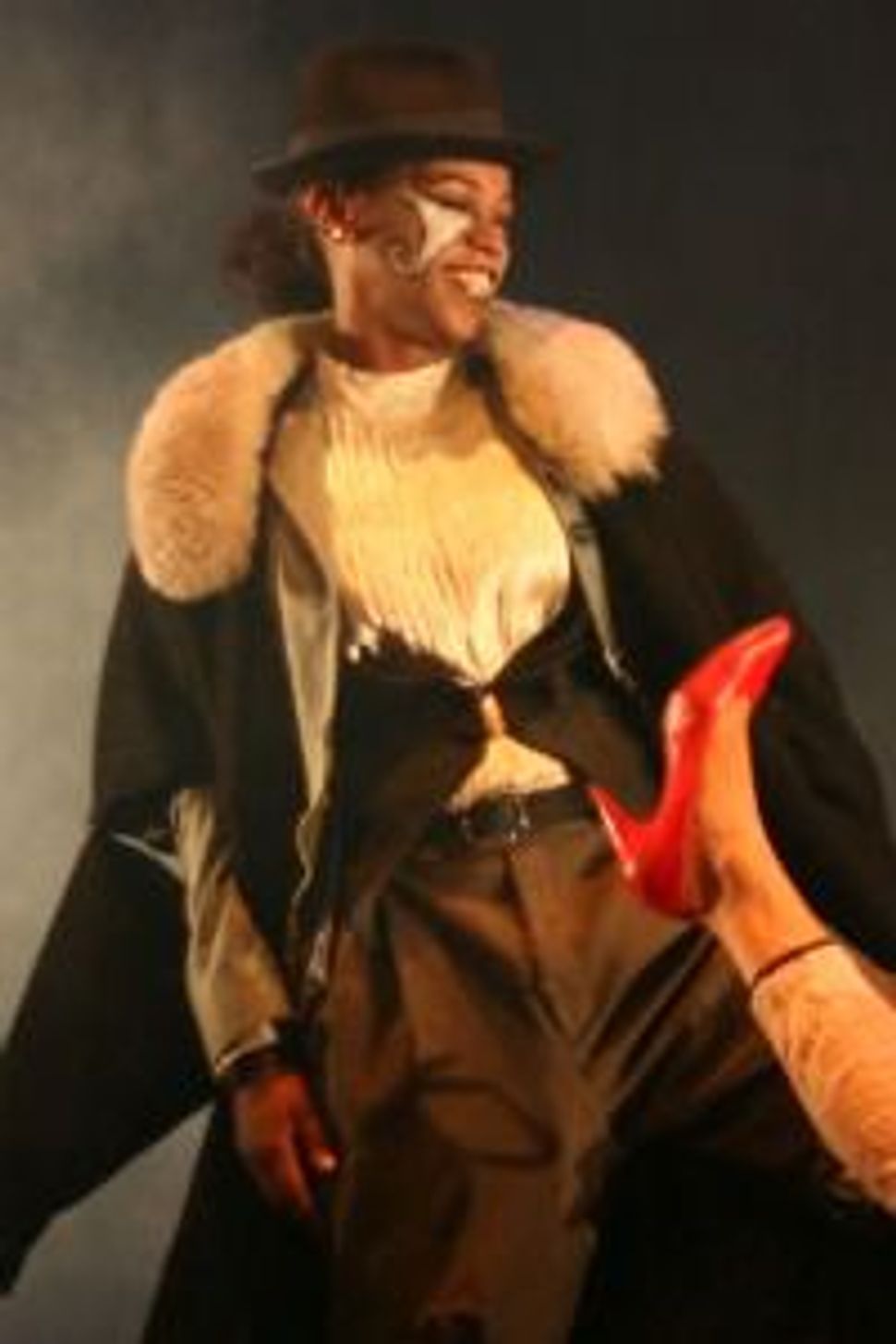 Seven months after the murder of its director, the Palestinian Jenin Freedom Theatre will make its U.S. debut tonight at Columbia University’s Miller Theater.

The Freedom Theatre was founded by Juliano Mer-Khamis — a movie actor from Nazareth with a Christian Palestinian father and an Israeli Jewish mother — as an outlet for the youth of the Jenin refugee camp in the northern West Bank. With a reputation for taking on knotty Palestinian social issues while confronting the Israeli occupation, the Freedom Theatre has raised the hackles of conservative Palestinians in Jenin and beyond even as it received international praise from peace activists.

Mer-Khamis was shot and killed last April 4 by a masked assailant outside of the theater. Mujahed Qaniri, a Palestinian, was charged with the murder. Unmoored by the killing of the group’s founder, several of the student actors moved to Ramallah, the de facto capital of the West Bank, where they continued acting under the direction of Mer-Khamis’ friend, the Israeli Jewish writer and filmmaker Udi Aloni.

Now, Aloni and eight of his students are starting a U.S. tour, performing an Arabic language rendition of the Samuel Beckett play, “Waiting for Godot.” Called “While Waiting,” the Freedom Theatre version hews to the play’s story line of a pair of friends who experience a mental unraveling as they wait in vain for a man named Godot to arrive. But the play also veers from the Beckett text with subtle and overt references to Palestinian life.

In one instance, Gogo, the Freedom Theatre’s stand-in for Beckett’s character Estragon, and Didi, Beckett’s Vladimir, decide they must wait for Godot to deliver them a prayer, for which they must beg.

Looking bewildered, Gogo asks, “Did we lose our rights?” Didi says somberly: “We gave up our rights.”

Batoul Taleb, the 22-year-old student who plays Didi, said that the play is meant to probe the Palestinian condition of waiting for statehood, which at times seems more like a mirage than reality.

“Palestinians are waiting for something and no one knows if it will come or not,” she said. “You can say that Godot is everything you want in life. It might be the future, or Juliano [Mer-Khamis] or God.”

The idea of waiting for an uncertain outcome resonates on a personal level with the cast of “While Waiting,” Taleb said. The Freedom Theatre faces an ambiguous future in Palestine without Mer-Khamis. Some students are thinking of starting their own troupe in Ramallah, which is a more liberal city, while others plan to remain in Jenin. Aloni said that while he had to work to win over the trust of some of the Palestinian students as an Israeli Jew, his fate is now cemented to theirs.

“When [Mer-Khamis] was murdered I don’t think I had a choice. They chose me and I chose them,” he said. “I think if I can keep them all together it is an achievement.”

The students at the Freedom Theatre arrived in the U.S. two weeks ago, visiting theater programs at Yale University and Emerson College. After tonight’s performance they will spend another two weeks in New York, visiting New York University, Bard College, and other theater groups. Their trip was financed in part by the Friends of the Jenin Freedom Theater, a non-profit organization based in New York.

“Somehow we managed to put it together,” said Constancia Dinky Romilly, president of the organization. “When we found out they had produced this play it would be ridiculous for them not to come to the United States and have the opportunity to perform it once.”