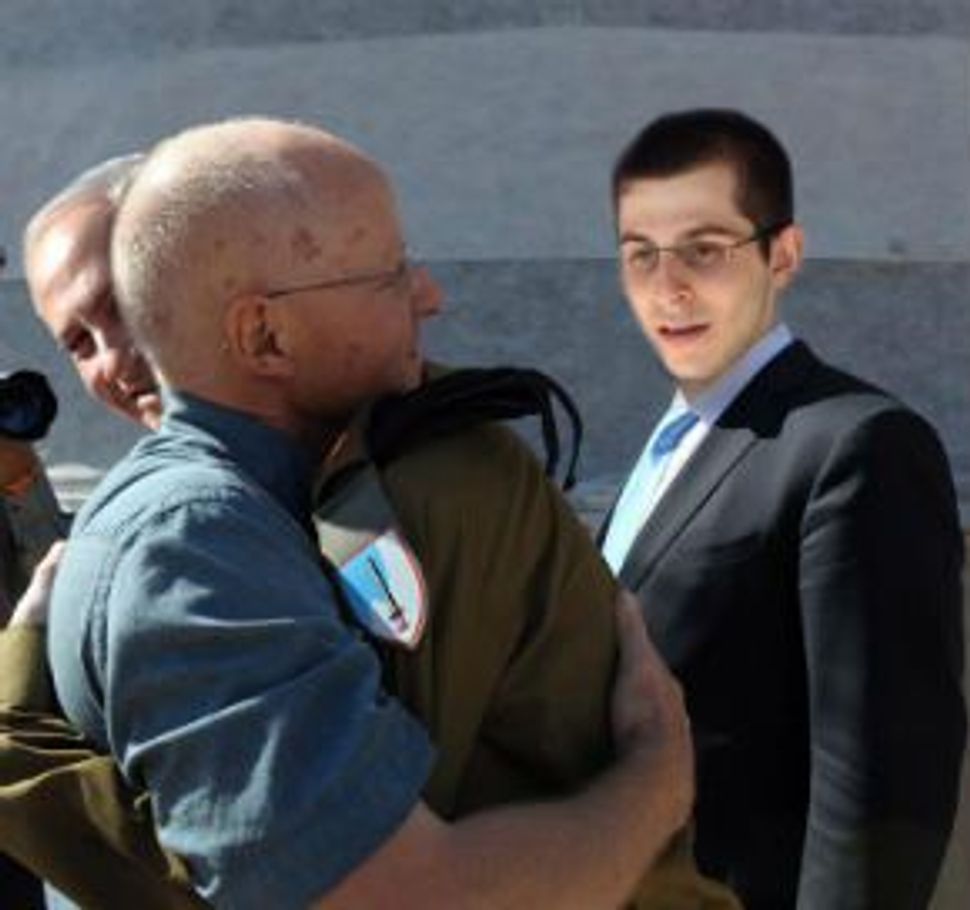 Some tech-savvy Israelis thought that Prime Minister Benjamin Netanyahu was hogging the spotlight yesterday as the nation celebrated the return of Gilad Shalit after five years and four months in Hamas captivity.

So, they started a creative Facebook meme to express their frustration with Bibi’s perceived need to be in so many photos of the soldier’s homecoming. Facebook users, calling Bibi the Forrest Gump of Gilad Shalit Day, began Photoshopping his face (taken from the now iconic picture of Shalit’s first embrace with his father) into images of historic events he has absolutely nothing to do with.

There he suddenly was next to basketball legend Tal Brody as the Israeli national team won the 1977 European Cup. How could we forget that he was with the late Yitzhak Rabin and King Hussein as they brokered the peace treaty between Israel and Jordan? And what? — You don’t remember that he was there with the other soldiers glancing up in reverence at the Kotel during the Six Day War, or on stage with Rabin and the singer Miri Alon singing “The Peace Song” just moments before Rabin’s assassination?

Other posters focused on the fact that Netanyahu seemed to be intruding on what should have been a private family moment. Some inserted him looking on as parents embraced their children in scenes from famous family-themed films, such as the Israeli “Abba Ganuv.” The irony is not lost on viewers as they see Bibi ostensibly stealing the show from the father (the title of the film literally means “stolen father.”)

By this morning, there were yet more examples circulating, including one that has quickly garnered hundreds of “likes” and “shares.” It is the image of Shalit hugging his father, Noam, but with the younger Shalit’s and Bibi’s heads transposed. So now, Bibi is hugging Noam Shalit and Gilad Shalit is looking on at the reunion. The caption reads, “Gilad Shalit, what are you doing in this picture?!”

Israeli journalist Dimi Reider, who was the first to identify this phenomenon, wrote that his favorite — as of late yesterday — was an image of a skull and waving hand butting in on a chest x-ray (Shalit underwent x-rays as part of his initial physical examination upon being turned over the Israelis).

Inevitably, the meme has gone meta. This morning, someone posted a photo of actor Tom Hanks playing Forrest Gump. And who is that looking on from the corner of the shot? Why, it’s Bibi, of course.

Check out this BibiBomb blog for even more memes gone wild.