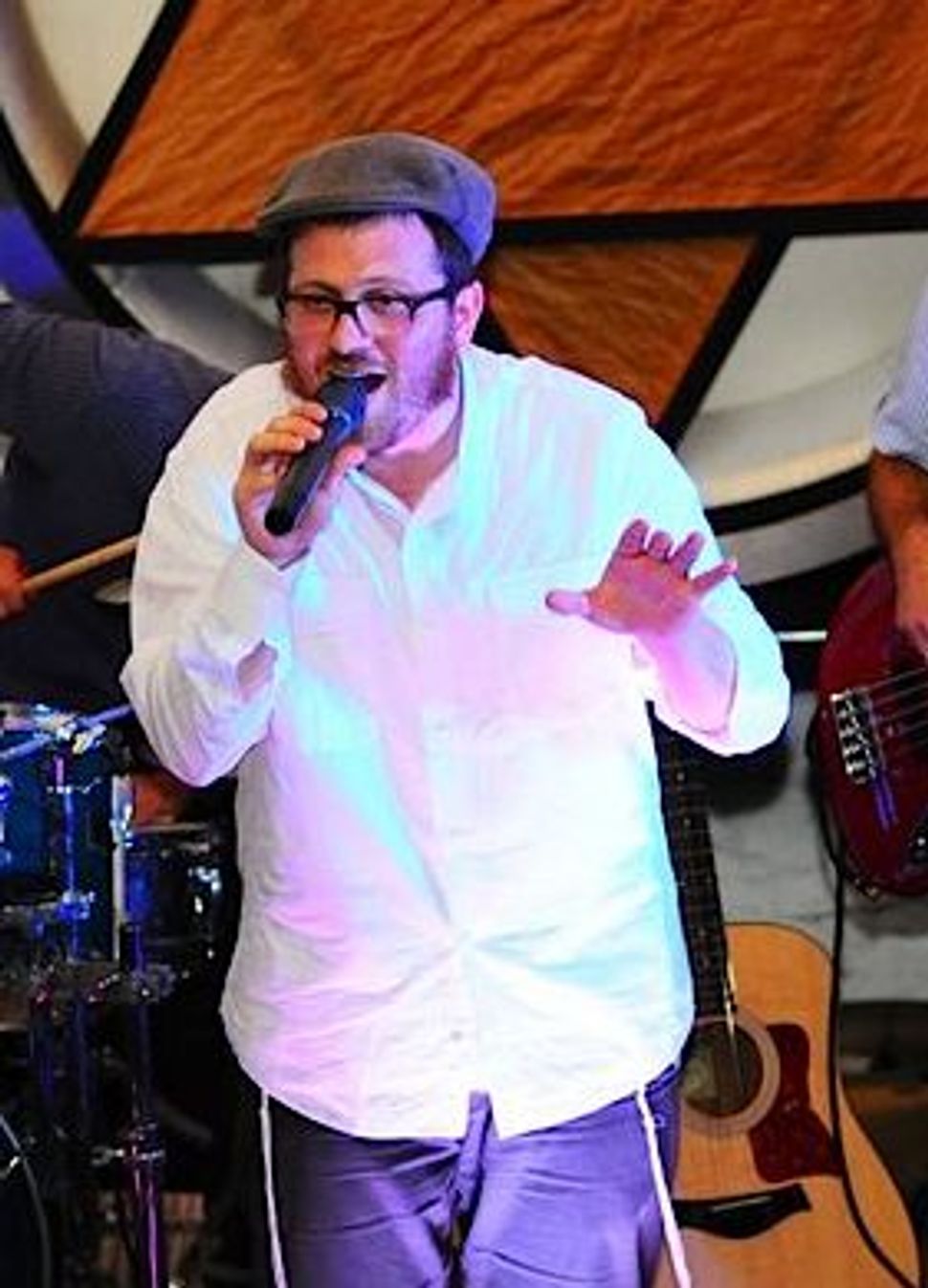 “I met up with DeScribe, he was telling me he raps. I told him I’m a dancehall artist, he put me in touch with Erez [Safar], the CEO of Shemspeed. It’s different from what I was doing, but I got an in to the industry this way.”

I’m at the Shemspeed showcase on October 18, part of CMJ Music Marathon. I’ve never seen a crowd of Orthodox hipsters before, but apparently that’s a thing in Brooklyn. At 9:30 pm Moshe Hecht, the first headline act, is on stage, playing songs from his debut album “Heart is Alive.” He dedicates his set to Gilad Shalit, freed just a few hours ago. He’s jumping up and down, raising his arms ecstatically, like he’s caught up in a trance.

“I come from a Chabad background,” he tells me. “Thirteen siblings. Anyone in Chabad knows the name Hecht. So this is a bit unorthodox, so to speak, but my family is very supportive, thank God.”

“Are there people in your community who don’t like music?”

“Well, music has always been a fundamental part of Hasidic life. But my music is contemporary genres, contemporary styles, playing in a club like this is a bit out of the norm for your typical Chabad family. My family are very religious but they’re also cultured, and they appreciate that what I’m doing, even if it’s a bit renegade-ish, the underlining message is very spiritually conscious.”

Around 11:00, Khaled M goes on stage. Khaled is the son of Libyan dissidents by way of Kentucky. He talks with a good ol’ boy drawl, but he’s no redneck. “I grew up with the fake names, moving from country to country. My father was arrested for being part of a student dissident group, he was tortured for five years, he has the scars on his back. This is a really common story for Libyan dissident families — the headquarters of the movement are in Lexington, Kentucky, which is how I ended up there.”

Khaled raps densely, with a lot of rhymes and syllable-packed lines. It’s impressive that he kicks his verses perfectly without a hype man. All the rap acts this night are dope — there’s none of the low energy and sloppy performance that characterize a lot of live hip-hop.

The final act of the night, Shi 360, is on his own level. He’s promoting his new album, “Shalom Haters.” It’s his fourth release, his second in English, and it’s obvious that Shi’s been rapping for a while. He has the twisting, offbeat flow of a Jay-Z acolyte, but the way he sings his hooks recalls his North African heritage. He raps in Hebrew for much of his set, and even if the American Jewish crowd can’t follow the lyrics, they’re bobbing their heads anyway. When he raps in English, his intricate rhyme schemes and punch lines have the crowd throwing their hands up. The man knows how to use the mic.

“In Israel,” he says, “I did pretty well, baruch Hashem. I’m trying to access a global crowd now. Lately I’ve been performing in the US, I was blessed to perform in Italy, Greece, North Africa, South Africa, even in Thailand. It’s a blessing.”