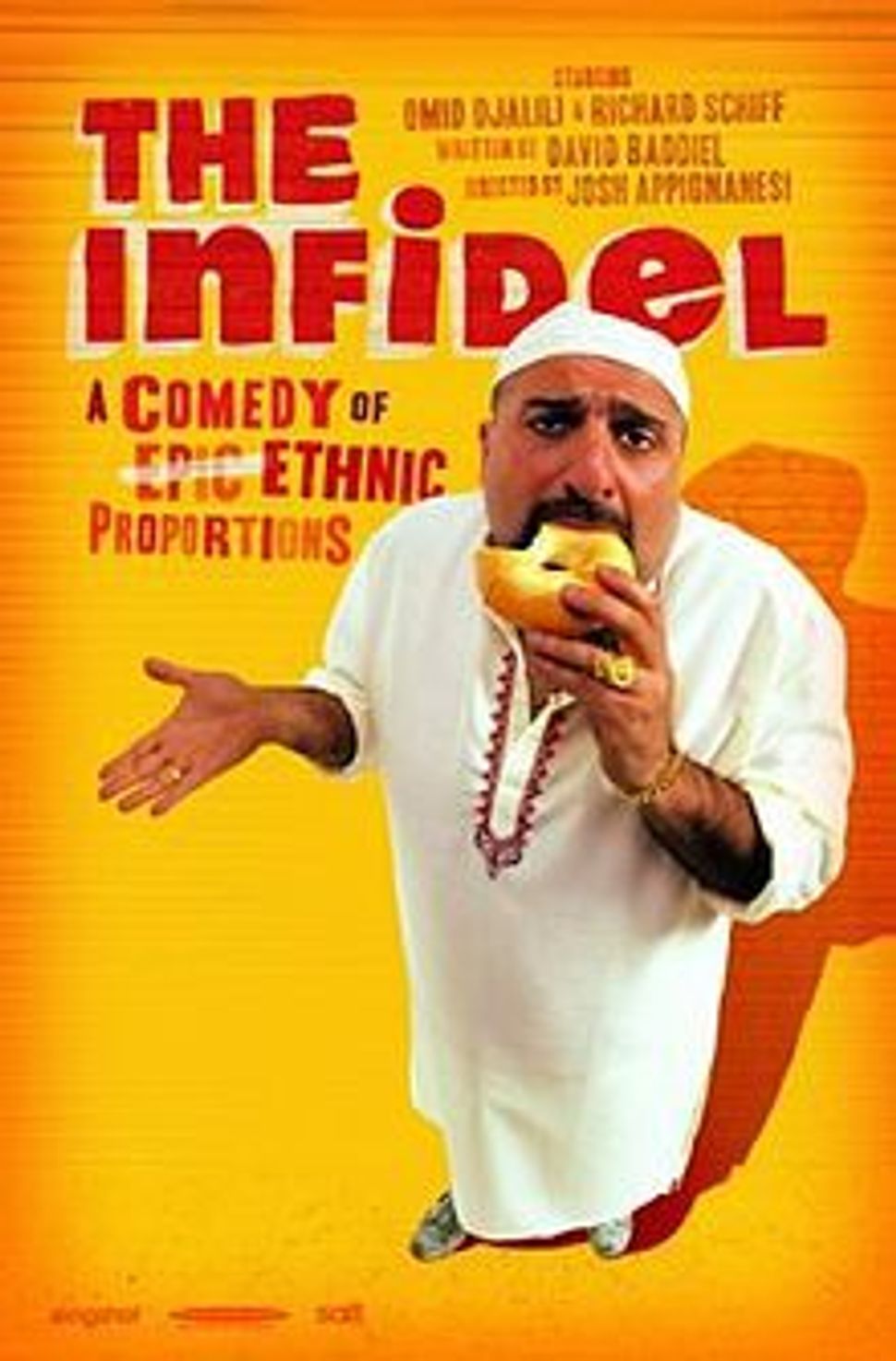 With its ratings in the basement, NBC is turning to religion — two of them, actually — for its next sitcom hit. Jews and Muslims will provide the humor in the network’s small-screen adaptation of “The Infidel,” a 2010 English movie about an adopted Muslim who discovers his biological parents were Jewish. New York Magazine’s Vulture blog reports that most of the creative team behind the movie will work on the TV series, as will the film’s star, Omar Djalili, who played the Jewish-born Muslim.

While the premise contains comic potential, the series would be less than a sure thing even if it weren’t on NBC: Djalili, a British-born Bahai of Iranian background, already has two failed NBC sitcoms on his resume, and Vulture points out that a religiously inspired Canadian sitcom, “Little Mosque on the Prairie,” never made it to American airwaves after being picked up by Fox.

That said, the TV version of “The Infidel” does have a successful film writer behind it — Mark O’Keefe, the script writer behind box-office hits “Bruce Almighty” and “Click.” Based on the Forward’s review of the original “Infidel,” O’Keefe should focus on writing fresh jokes and avoiding tired stereotypes as he readies his new project for the screen.