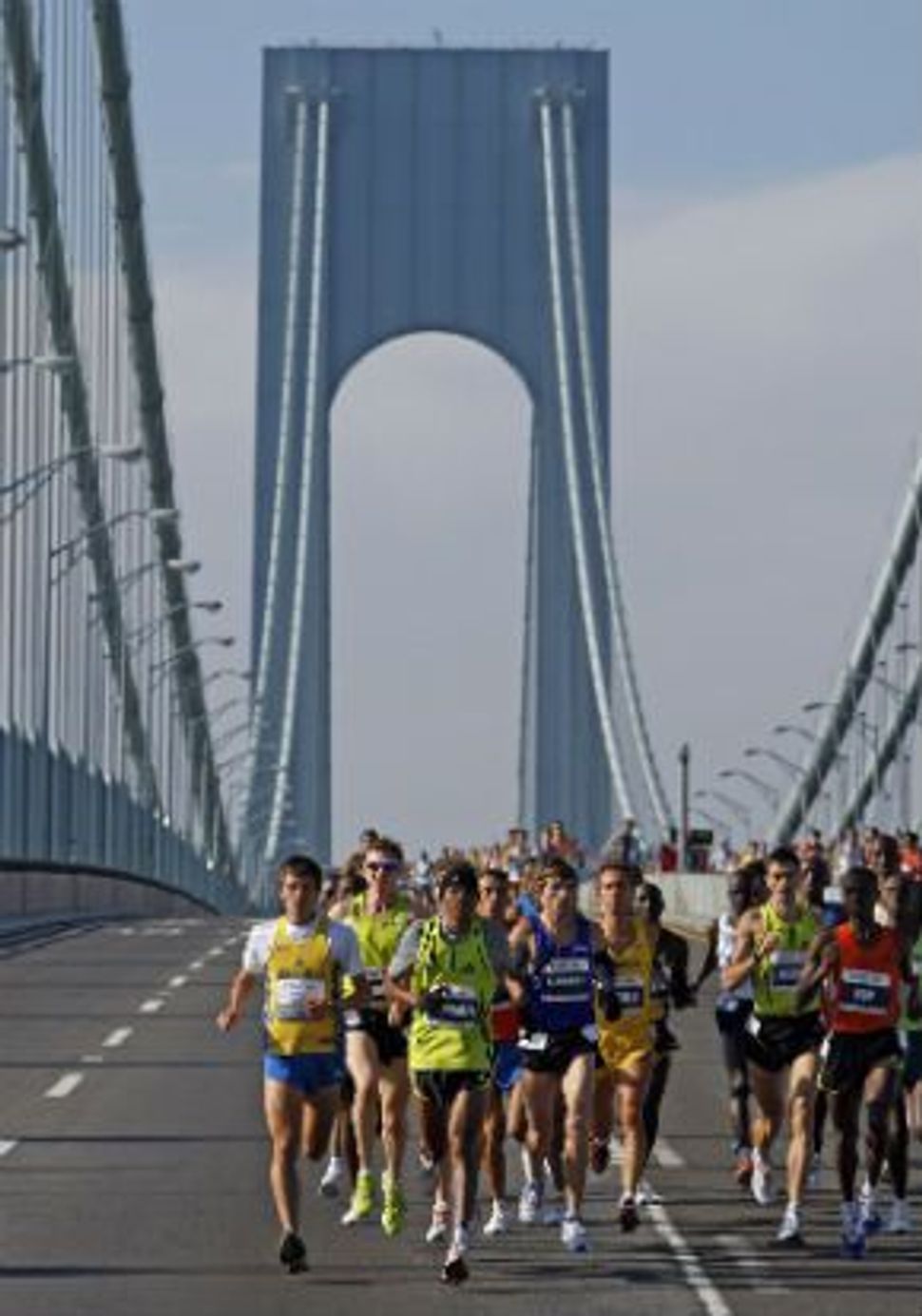 “Some survivors have commented about how they are honored and find it interesting that while they were once on death marches, now younger people are raising money for them by running,” noted The Blue Card’s executive director, Elie Rubinstein. “It’s not ‘run for you life,’ as it was for the survivors during the Holocaust, but rather ‘run for someone else’s life.’”

This will not be the first time that the organization, whose history dates back to 1934 in Germany, is fielding a running team. In fact, it has been using marathons as “an alternative revenue stream,” as Rubinstein put it, for the past three years. The Blue Card has so far raised $600,000 this way, with the bulk of it from the NYC Marathon. It aims to raise $200,000 for the November 6 race, which would account for about 8% of the organization’s total annual fundraising of $2.3 million. All fundraising revenue goes directly to the Holocaust survivors, with overhead covered by legacy revenues and investment income.

This will be The Blue Card’s third NYC Marathon, and it has also fielded charity teams in marathons in Miami and Atlanta. Just this past March, runners ran for The Blue Card in the first ever Jerusalem Marathon, and Rubinstein is planning to recruit runners for Rome in March 2012. The Minsk-born Rubinstein, 46, participates when he can, but not by running. “I’m a walker,” he told The Shmooze unapologetically.

Among The Blue Card team’s NYC Marathon runners, including some from South Africa, Argentina, Brazil, Australia and Israel, is Dr. Arnold Breitbart. The 52-year-old plastic surgeon from Great Neck with practices in Manhattan and Long Island will be running his 25th marathon, and his 8th NYC one. He began running seriously back in medical school, and has used his participation in marathons as a way to raise money for causes that are dear to him.

The Blue Card’s mission of supporting the day-to-day medical and living needs of poor Holocaust survivors is one especially close to his heart. His parents and his maternal grandparents are Holocaust survivors. His father, who survived on the run and in hiding, lost his entire family during the war. He kept a diary while in hiding, however, and years later Breitbart used it as a guide when went back to Poland to retrace his father’s footsteps. He recently published his father’s diary along with additional material from his trip under the title, “Awaiting a Miracle.”

For needy Holocaust survivors throughout the U.S., it was miraculous that they survived the Nazi genocide. Breitbart and his fellow runners believe it is only natural that they, who enjoy good fortune and health, run to help others live with dignity in their old age.