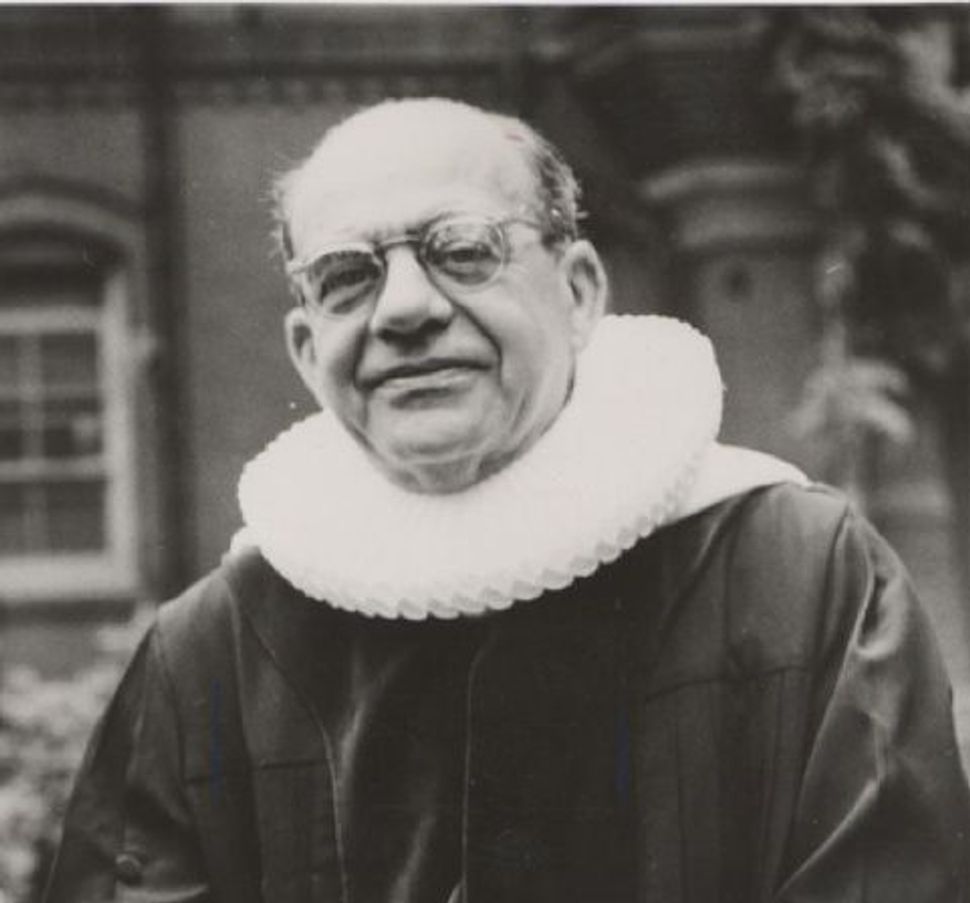 Image by Courtesy of Universität Bamberg

The much-anticipated spring publication by Harrassowitz Verlag of the 5th and final volume of the correspondence of German Jewish art historian Erwin Panofsky is a cause for celebration.

Devoted to the years 1962-1968 (Panofsky died in the latter year at age 75), it goes far to explain the continuing influence of the noted Hannover-born author and teacher. Panofsky’s still-available brilliant studies, such as “Meaning in the Visual Arts” from The University Of Chicago Press; “Studies in Iconology” from Westview; and “The Life and Art of Albrecht Durer” from Princeton University Press taught generations of art lovers new ways of looking at paintings. Yet beyond the books he wrote, Panofsky’s warmth, humanity, and humor made him an unforgettable friend and colleague, as the Harrassowitz volume, consisting of letters mostly written in English, amply proves.

Unlike the often waspish, catty snobbery of art historian Bernard Berenson (born Valvrojenski to a Lithuanian Jewish family), Panofsky’s wit was charmingly self-deprecating, referring to himself in a 1962 letter to the

Austrian Jewish art historian Otto Pächt as an “author whose works largely consist of typographical errors.” In 1965 he writes to his friend Meyer Schapiro about an upcoming series of lectures: “I feel like a super-annuated singer who is no longer sure whether he will or will not be able to hit the high C once more.”

Panofsky was so appreciated for his japes that it seems appropriate that one appendix of the Harrassowitz book is devoted to what he labeled as “old jokes” and “shrewdnesses” (Gewitztes). Among these is a gently teasing description of the dry Byzantinist and medievalist Kurt Weitzmann, a rare uncongenial colleague of Panofsky’s, as “Icon get them for you wholesale,” playing on Weitzmann’s main claim to fame, as a scholar of icons at Saint Catherine’s Monastery, Mount Sinai. Also mentioned is a recollection by Abraham Pais, the Dutch Jewish physicist and biographer of Albert Einstein, to whom Panofsky once confided: “Children should neither be seen nor heard until they can quote Virgil in Latin.”

Beyond the amusing content, these letters also underline Panofsky’s rare qualities, especially in posthumous notes to his widow Gerda. In 1968 the eminent German Jewish musicologist Edward E. Lowinsky, author of “Music in the Culture of the Renaissance and Other Essays”, writes to recall Panofsky’s love for Mozart’s music, and adds:

To me [Panofsky] was the revelation that a scholar could be as true a genius as an artist.