No Smoke Without Freud 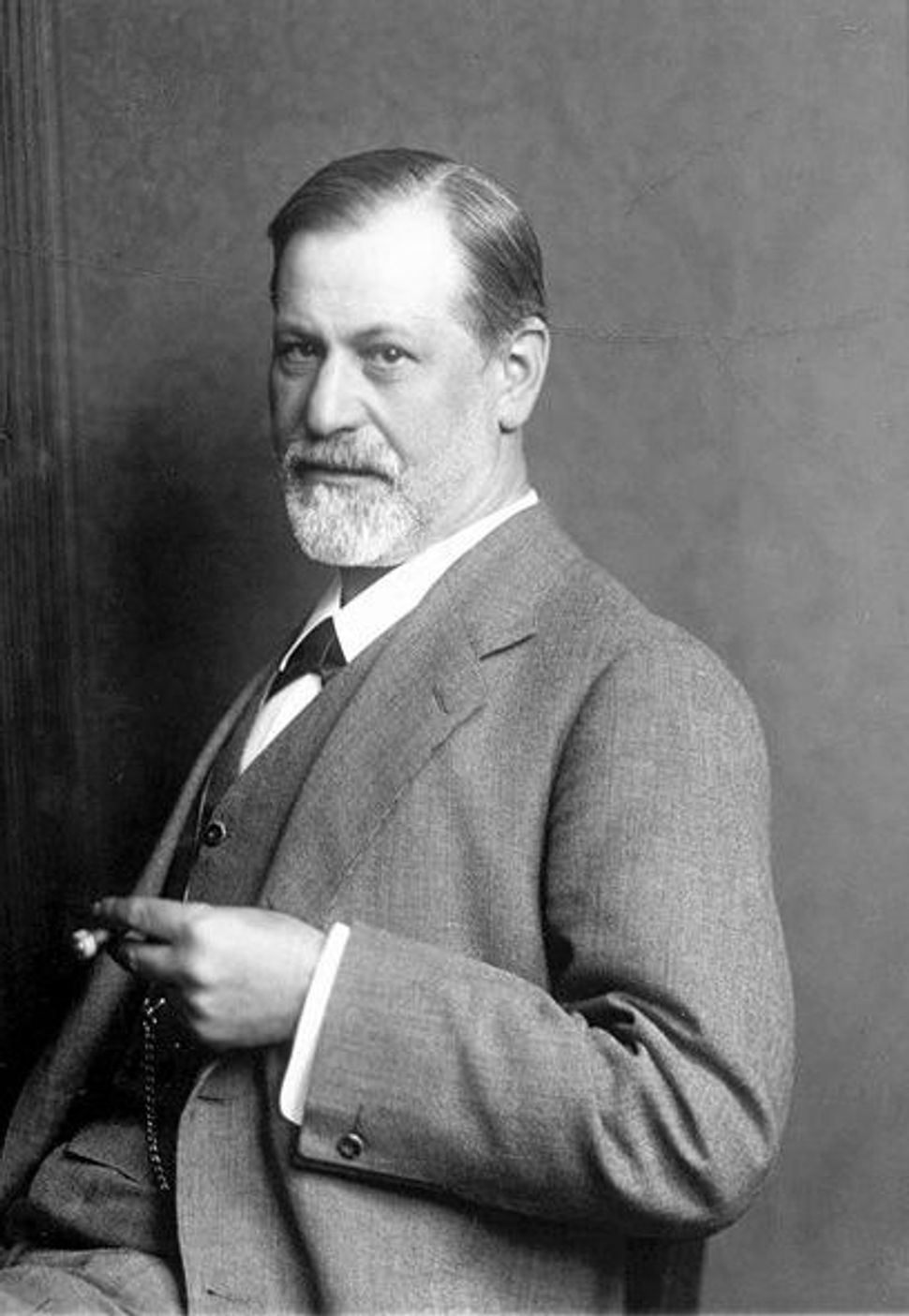 As all Freudians realize, an analysis is an analysis, but a good cigar is a smoke. French-Jewish psychoanalyst Philippe Grimbert is known to American readers for his autobiographical novel, “Memory,” published in 2008 by Simon & Schuster — the United Kingdom edition from Portobello Books was titled “Secret”— translated from the 2004 original from Les éditions Grasset, “Un Secret.”

Also filmed in 2007 as “Un Secret” starring singer/actor Patrick Bruel (born Benguigui to an Algerian Jewish family), and available on DVD from Strand Releasing, Grimbert’s novel recounts how in boyhood, he invented an imaginary older brother who, it turns out, actually existed, and how the title secret led to his parents’ tragic joint suicide.

In March an equally revealing, psychoanalytically introspective 1999 book by Grimbert was reprinted by Les éditions Fayard/Pluriel. “No Smoke Without Freud” (“Pas de fumée sans Freud”) is a study of Sigmund Freud’s passion for cigars, along with highly personal reflections by the author, himself a fervent smoker who has spoken out against France’s new anti-smoking laws.

Grimbert sees Freud’s obsession with cigars as being at the “very root of [Freud’s] neuroses, and cigarettes as a “derivative of the maternal breast” as well as an “instrument for momentary pleasure and protection against the tension created in a hostile environment.” Grimbert also contributed a chapter to the 2005 collective work from Les éditions Jean-Jacques Pauvert, “I Smoke, Why Don’t You? : Against Tobacco-phobia” (“Je fume, pourquoi pas vous? Contre la tabacophobie”).

“No Smoke Without Freud” notes that even after Freud received the devastating diagnosis of jaw cancer, which spread to his mouth’s mucous membranes, leading to many agonizing operations starting in 1923, he could not give up smoking entirely. Freud referred to his cigars as Arbeitsmittel, or work equipment, and he analyzed patients and conferred with colleagues amid thick clouds of smoke, as described in patient memoirs such as “Tribute to Freud,” reprinted in 2009 from New Directions by American poet Hilda Doolittle.

So essential were cigars to Freud’s work that when one Hungarian disciple, Sándor Ferenczi, known as the “Jewish Crown Prince of Psychoanalysis,” compared Freud to poet Johann Wolfgang von Goethe, Freud objected on the grounds that Goethe had a “holy terror” of smoking. Ultimately, Freud’s relationship with cigars was a sort of Liebestod, or love-death, which made psychoanalysis itself into a kind of “smoker’s dream,” Grimbert alleges. Metaphorically deft, he likens the cancerous Freud to Greek mythology’s Prometheus, whose liver was continually gnawed at by an eagle. Ouch !

And at a French bookstore presentation in 2009.

Watch Grimbert speaking here in 1999 about Freud’s passion for smoking and here in 2010, speaking about the “social ties” created by cigarette smoking.

No Smoke Without Freud