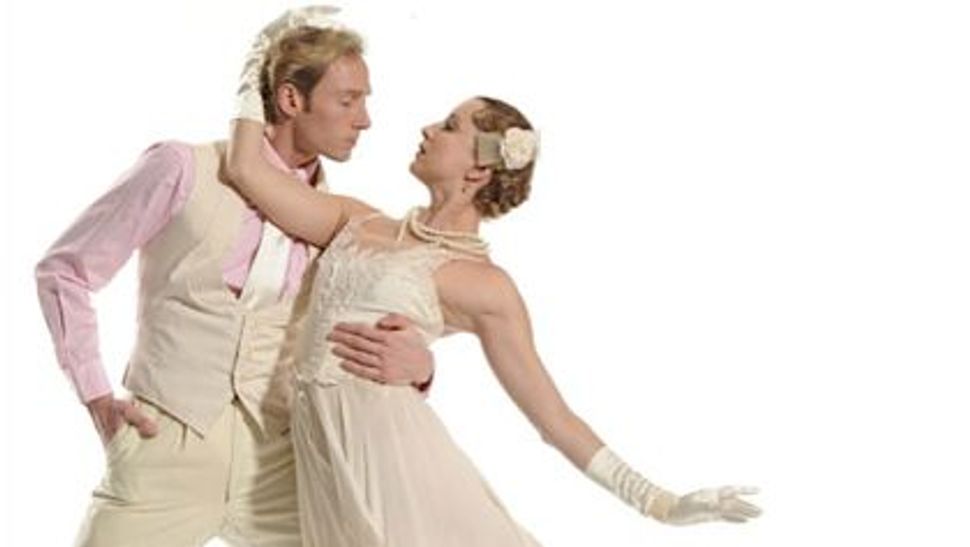 F. Scott Fitzgerald — who dubbed the 1920s “the Jazz Age” — would surely approve.

This week, jazz clarinetist and composer Billy Novick and his band, the Blue Syncopators, will play Novick’s score for The Washington Ballet’s production of “The Great Gatsby” at the Kennedy Center in Washington, D.C. The ballet premiered in 2010 with seven sold-out shows.

Novick’s music can be heard in hundreds of commercials, film and television soundtracks, and he’s played jazz and rock with greats such as David Bromberg, Martha and the Vandellas, and J. Geils. He also wrote the soundtrack to a 2002 film on Holocaust artist Samuel Bak. But this gig’s got him grinning.

“The ballet is very accessible and entertaining, and the choreography is incredibly dynamic and exciting,” he told The Arty Semite. “People thought the show should be on Broadway.” In the ballet, excerpts from Fitzgerald’s 1925 novel, set on Long Island’s North Shore and in New York City, are voiced by actor and singer Will Gartshore.

Novick’s collaboration with The Washington Ballet came about through a 2009 email exchange with Mort Speck, an instructor in orthodontics at the Harvard University School of Dental Medicine and a longtime clarinet student. Speck’s son, Scott, the conductor and musical director for The Washington Ballet, had asked his octogenarian father to describe the typical instrumentation of a 1920s jazz band.

“I jokingly asked if he needed an arranger-composer,” recounted Novick. They did, and now Novick and the ballet company’s artistic director, Septime Webre, are discussing bringing other great American books to the ballet floor.

Novick grew up in the Village of Westbury in Long Island, where his mother taught Sunday school at Temple Beth Avodah. His parents also exposed him to a wide variety of Jewish culture. “My parents were big time Israeli folk dancers, fluent in Yiddish,” Novick said. “I still remember Menasha Skulnik in ‘The Zulu and the Zayda’ on the Lower East Side,” he recalled.

In addition to his work in rock and jazz Novick has done the requisite simcha circuit, playing bar mitzvahs and weddings as a member of the Klezmer Conservatory Band and in a klezmer-jazz duo with Moshe Feldman, aka “Moshe from Russia.” He’s also recorded CDs with Safam, and with singer-songwriter Peri Smilow.

“I was surprised by how many klezmer songs I knew from some 40 to 50 years ago,” he said. He even remembered the steps for Israeli dances, though he admits that he didn’t dance much then, or now. At his own bar mitzvah, while a folk dancer led the guests in “Mayim” and other standards, he was listening to the World Series and playing craps with sugar cubes from the dinner tables.

Now with “Gatsby,” he will be.