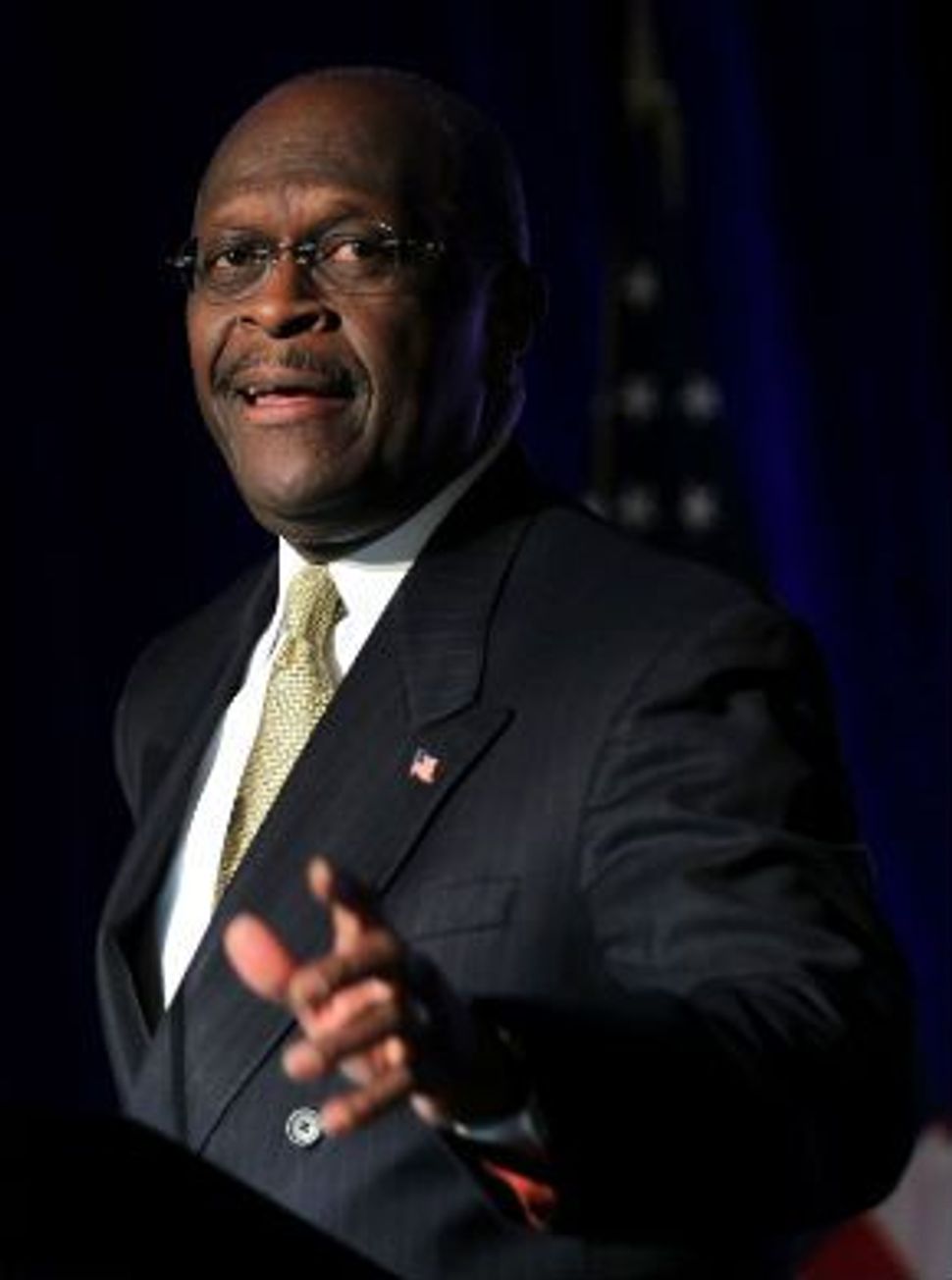 Republican presidential candidate Herman Cain has once again demonstrated that he could use a crash course in American foreign policy. His latest blunder in this subject area comes as a quote from him in Israel Hayom, the Israeli right-wing mass circulation tabloid backed by American multi-billionaire Sheldon Adelson.

Newsweek’s Jerusalem bureau chief, Dan Ephron, reported that Cain’s remark did not sit well — as might be expected — with the Palestinians. Hanan Ashrawi, a Palestinian legislator and former peace negotiator, did not mince words in response to what appeared to be Cain’s casting doubt on not only her people’s right to statehood, but also their very existence as a nation. “Even the Israelis he’s pandering to know that the Palestinian people exist, so to refer to Palestinians as if we’re a figment of someone’s imagination is more a reflection of his own ignorance,” Ephron reported Ashrawi as having said. “But we’ve become accustomed to such absurd statements during election campaigns,” she added.

Ashrawi attributes Cain’s and other Republican candidates’ “holier than the pope” attitude toward Israeli politics to the power of Washington’s pro-Israel lobby, and to the strong influence of evangelical Christianity, which sees Israel as the modern realization of Scripture.

It would be wise for Cain to show a better grasp of current foreign policy. But we can still expect him to stand in Israel’s corner. In a GOP candidates’ debate following a trip he made to Israel last August, he said he would “make it clear to all the other people in the world that if you mess with Israel, you’re messing with the United States of America.”