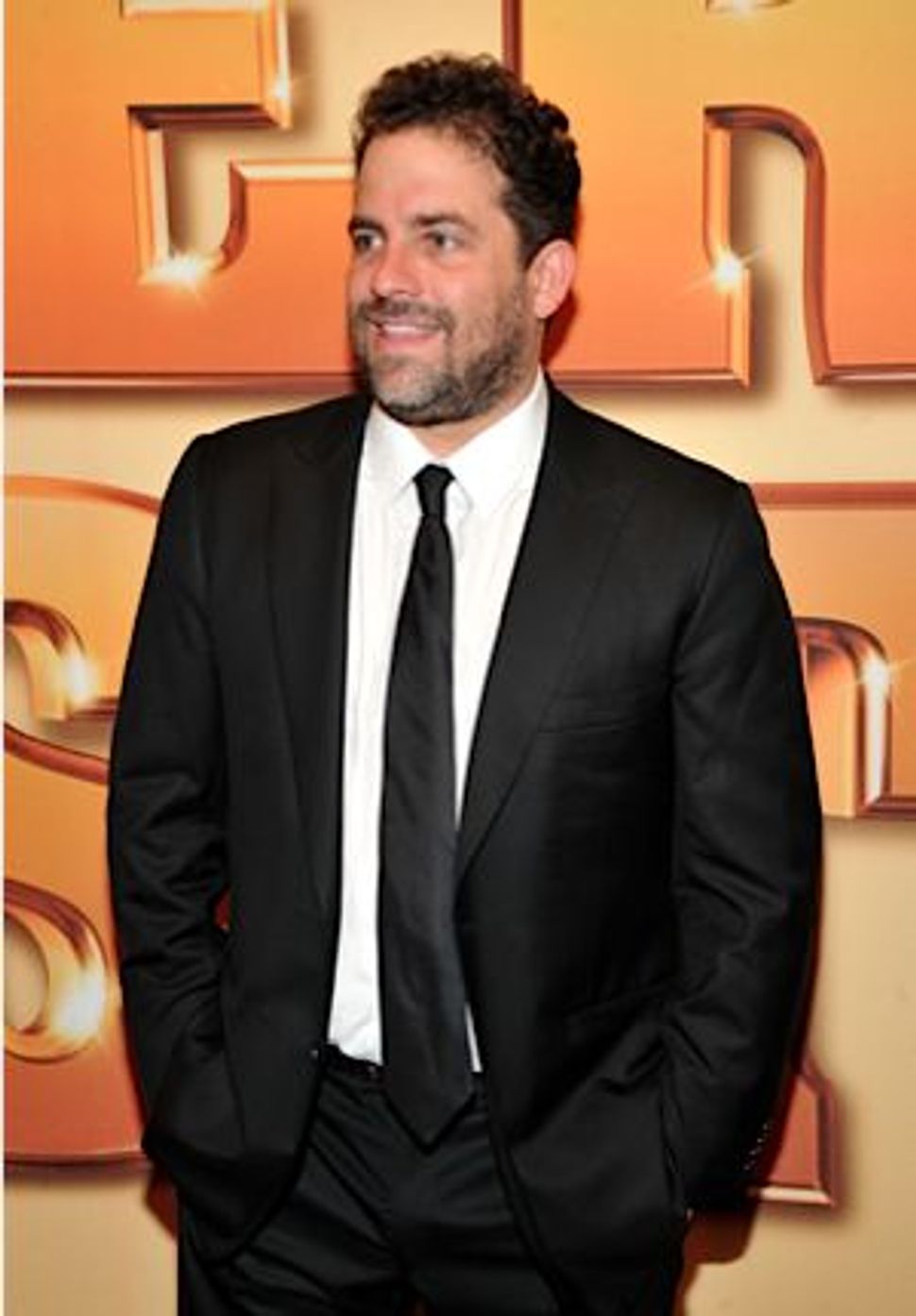 Happily, yeshiva did a good job. Ratner is most famous for the “Rush Hour” trilogy of films. His latest comedy caper, “Tower Heist,” opens November 4.

“Tower Heist” stars Ben Stiller and Eddie Murphy as part of a crew determined to wreak havoc on a Madoff-like swindler. It completely fits the bill of what Ratner calls a Brett Ratner film: “One that’s funny, and entertaining with great pace and good acting.” The Arty Semite asked Ratner about learning Gemara, making hard decisions and befriending Meyer Lansky.

Curt Schleier: You grew up in an interesting household, didn’t you?

Brett Ratner: I lived with my great grandmother and my [maternal] grandparents. My grandmother is from Kiev in the Ukraine. My grandfather is from Warsaw. They migrated to Cuba in the ‘20s. I think there was a quota for Jews, so they couldn’t get into the U.S. They lived there until Fidel [took power] and came over. I grew up in Miami, went to NYU film school and my grandparents live with me in L.A.

Was your family observant?

No, but I was Orthodox. I went to yeshiva from nursery school on and I became Orthodox. I daven and put on tefillin every day when I can.

Do you bring anything from your Jewish background to your work?

I think I’m a people person and I value that. So many movies today are not about people. They’re about special effects or a comic book brand. I’m about relationships, stories that show human relationships and humanity.

But is that really a Jewish thing?

Being close to your family is a Jewish thing. My grandparents and my mom shared a life together. Being Jewish made me a storyteller. I grew up hearing stories and yeshiva prepared me for my role as a filmmaker. The rabbis would tell stories, from the chumash and gemara. The rabbis were always telling stories.

Do you have a favorite film?

I’ve enjoyed doing every film I’ve ever done. The one that’s the closest to me is “The Family Man.” That’s my most personal film. I had gone through some of the same things. You have to make choices in life. I didn’t go to an alternate universe or anything, but I had to make choices, too.

The film was about a wealthy man-about-town who is magically transported to a universe in which he is married and has a family. The character had to decide whether to stay in this new life or return to his old ways. What were your choices?

There was my decision to attend NYU film school. I went for an interview and I was told I couldn’t get in because my grades were too low. I could either accept that decision or turn around and go back to the dean’s office to convince him to let me in. I did exactly that and if I hadn’t I would have a completely different life. Maybe I wouldn’t even have become a director.

One of my favorite Brett Ratner stories is about you and an old man you met growing up in Miami, Meyer Lansky.

I lived on Collins Avenue in Miami Beach. I would ride my bike everyday after school. No one under 70 lived in the building next to me, the Imperial. And he would come out to walk his dog and we would talk. Many times we’d spend hours together. My mother would get calls: “Do you know who your son is talking to?” We became friends, and he even took me to dinner at a restaurant in my building, the Villa Capris. Me, him and his wife, Teddy. He once even asked me to go with him for an exam at Mount Sinai. After he died, Teddy Lansky kept getting calls from all the movie studios. They all wanted to make a movie about Meyer’s life. She told them they should talk to Brett Ratner. He was Meyer’s friend.