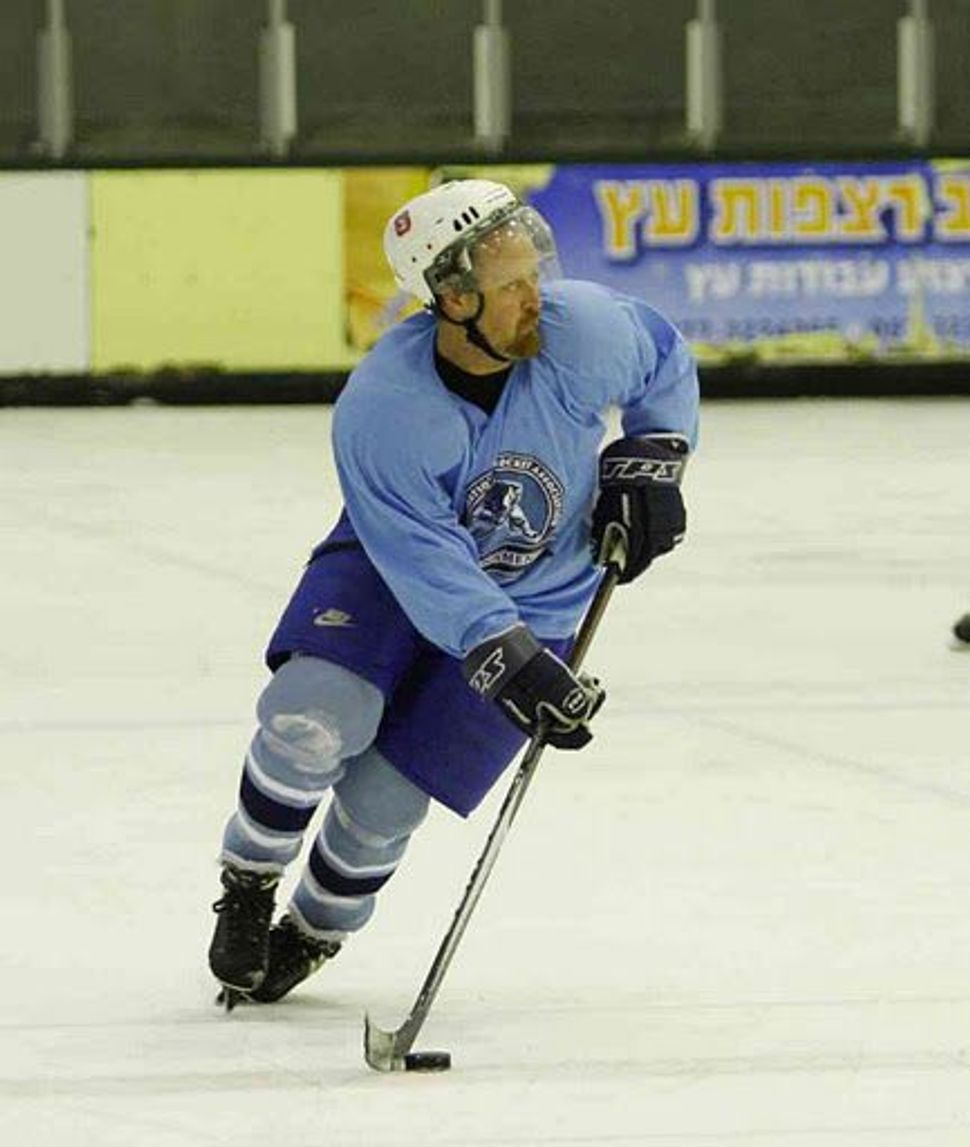 Toronto native Danny Spodek grew up with “hockey night” in Canada. Now, thanks to his efforts, there is such a thing as hockey night in Israel, too. That night is on Thursday, when Israeli immigrants from North America meet on the ice rink at Canada Centre in Metula — way up at the northern tip of Israel — to play the sport.

Spodek, a 40-year-old dentist who lives in Zichron Yaakov, heads up the Israel Recreational Hockey Association. Right now, he is focusing on organizing and promoting the association’s sixth annual tournament, to take place after the new year on February 6-10 in Metula. “At our first tournament, we had 40 players,” Spodek recalled in a conversation with The Shmooze. “This year we are expecting 150.”

Only two or three of the eight teams that will play in the tournament will be from Israel. The event draws hockey enthusiasts (mostly aged 35 and older) from North America and Finland, including some non-Jews. “This year we are expecting players from Vancouver, Seattle, Toronto, Winnipeg and Boston,” Spodek said. “And we also have a Baptist church from Kenora, Ontario, bringing eight people.”

“Hockey [takes up] a ton of my time,” said Spodek, who has volunteered for the past eight years developing and building the association’s program. “We’ve got things figured out for the adults, so now we are focusing on roller hockey and ice hockey for kids,” he said.

Spodek started the recreational league when the other Israeli hockey league, dominated by immigrants from the FSU, stopped being a good fit for North American olim for cultural and religious reasons (many of the North Americans are religiously observant and don’t play on Shabbat).

The association’s weekly league play draws about 15 regulars, including two women (six women played in last year’s tournament and Spodek is hoping for a full women’s team this year). Others from the association’s email list of 600 names come on a more occasional basis. “Listen, it’s a major shlep up to Metula,” Spodek explained. But for die-hards, there is no other choice. Though there are some small ice rinks in Maalot, Tel Aviv and Ashdod, Canada Centre has the only regulation size hockey rink.

While hockey has become a major part of Spodek’s life since making aliyah in 2000, it wasn’t a sport he grew up with. As the oldest grandchild of four Holocaust survivors, his protective parents did not allow him to get involved in the rough and tumble world of Canadian youth hockey leagues. However, by the time Spodek was finishing high school, he was playing in pick-up games at local rinks nine to 10 times a week.

He clearly grew to love the sport, and now, he wants to get others to love it, too. The association’s tournaments, like the one coming up in February, are also a way for hockey players from around the world to show their love for Israel. As for many immigrants, too, it has been challenging at times for Spodek to figure out how to best fit in to Israeli society. “I see this as my way of contributing to the country,” he said of his many hours on the ice.