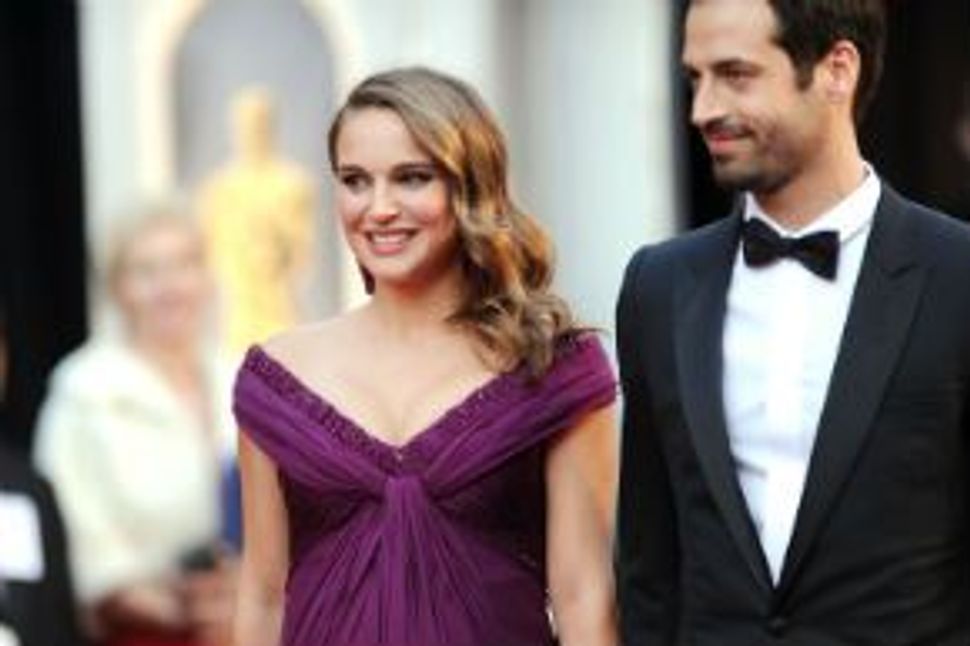 In addition to the ballet, she has also been doing Pilates and some running, according to Yanir Dekel, who blogs about the Hollywood scene for Israeli audiences. Dekel shared with his readers a photo that appeared on gossip sites yesterday, showing Portman out for a run with Aleph’s father, Benjamin Millepied.

Portman has reportedly hired former New York City Ballet dancer Andie Hecker as her personal trainer. Hecker owns Ballet Bodies, a Los Angeles fitness studio “that draws from and improves upon the basic fundamentals of Pilates, with an ultimate focus on achieving an aesthetic as long, lean and beautiful as a ballet dancer’s.”

The actress is apparently pleased enough with the results of her sessions to offer this endorsement on the Ballet Bodies website. “Andie Hecker does the most fun sweaty workouts, and the NEXT DAY you’re all toned,” her testimonial reads. Among other testimonials on the studio’s press page are quotes from other Jewish actresses, including Sarah Michelle Gellar and Ginnifer Goodwin.