Batali Bites the Banker Hand That Feeds Him 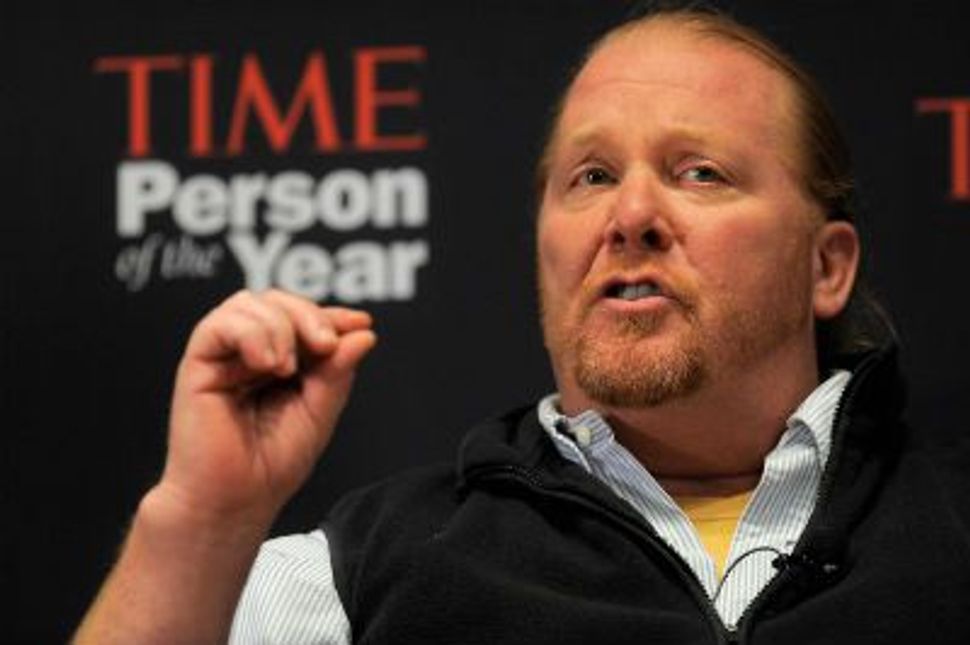 You don’t have to be a fan of the U.S. banking system to realize that credit default swaps are not the same as gas chambers and the gulag.

Or so you would think. But celebrity chef Mario Batali evidently doesn’t see that distinction, having compared American bankers to both Hitler and Stalin while participating in a panel discussion yesterday about Time magazine’s next Person of the Year.

“The ways the bankers have kind of toppled the way money is distributed and taken most of it into their hands is as good as Stalin or Hitler and the evil guys,” the TV chef and restaurateur remarked, in comments that were published on Forbes’ website. Asked after the discussion whether he stood by the statement, Batali told Forbes writer Jeff Bercovici, “Oh, that was just a metaphor.”

Well, um, yes. But whether it was an accurate or constructive comparison is another issue, and Batali, whose wife is apparently Jewish, has refused to back down, tweeting in reference to Bercovici, “Mr b deliberately misquoted me for a pr land grab #shameonforbes.”

Batali’s “misquote” tweet would have been more impressive if the chef had explained how he was misquoted, but that’s not really the point. No one looks to the owner of overpriced Italian restaurants for precise historical analysis.

Instead, Batali’s comment is a reminder of just how intellectually lazy people tend to be — how little moral or historical perspective they show in likening things they dislike, or even things that just kinda bug them, to the past century’s most murderous tyrants.

A quick scan of the Forward’s archives reveals people making Hitler/Holocaust analogies in reference to — among other things — U.S. tax policy, ordaining female bishops and being Kanye West.

Batali obviously has a sense of proportion — at least when it comes to combining ingredients. The Shmooze suggests he apply it to his political metaphors, too.

Batali Bites the Banker Hand That Feeds Him