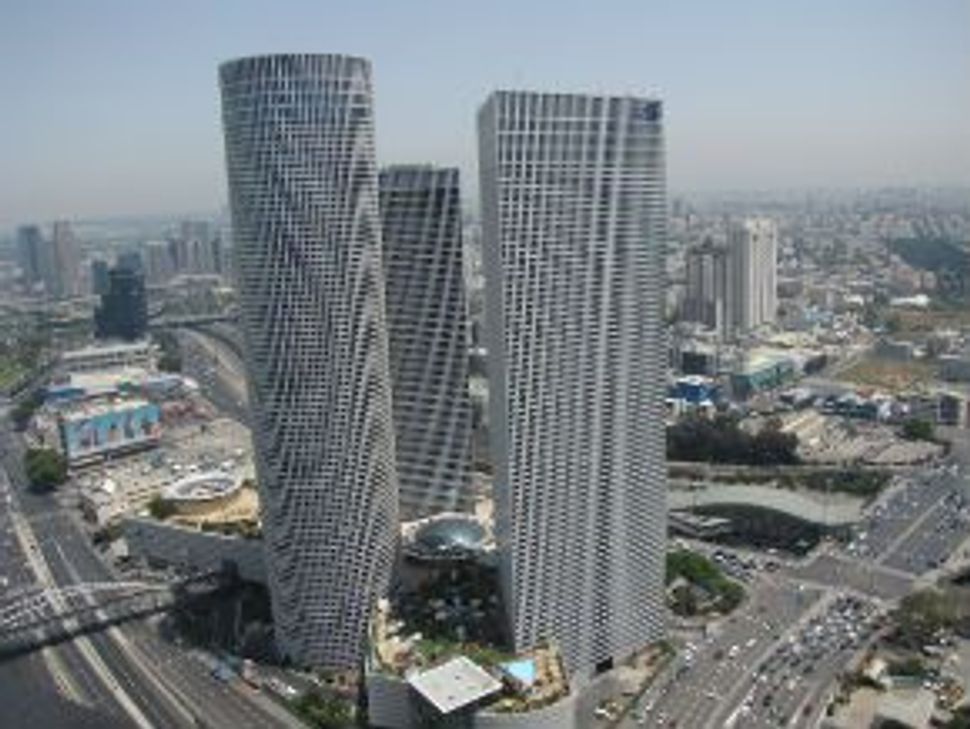 The Azrieli Towers have come to define the Tel Aviv skyline in recent years, but they have also become the prime location for those seeking to jump to their deaths. There have been 10 suicides from the towers in the past three years.

Israel’s Channel 2 News reported yesterday that the Tel Aviv police have opened an investigation into possible negligence on the part of the Azrieli Group and the towers’ management company. There is a fence around the perimeter of the towers’ rooftop balconies, but some feel its height is not sufficient. Three years ago, then Tel Aviv district attorney Ruth David sent a letter to the management company asking it to raise the height of the fence, even though it was technically up to code.

According to the report’s sources, the management company did not build a higher fence, and suicides consequently continued to take place.

While the justice system decides whether to issue an indictment against the owners and managers of the Azrieli Towers, the Azrieli Group says no one should jump to conclusions. It issued the following statement: “Last June, the president of the central district court, Hila Gerstel, determined in the context of a suit by families of two of the suicide victims that the Azrieli Group acted within the guidelines of the law, and did not act with negligence or disregard for human life. We will be happy to cooperate with any directives from the building safety authorities.”