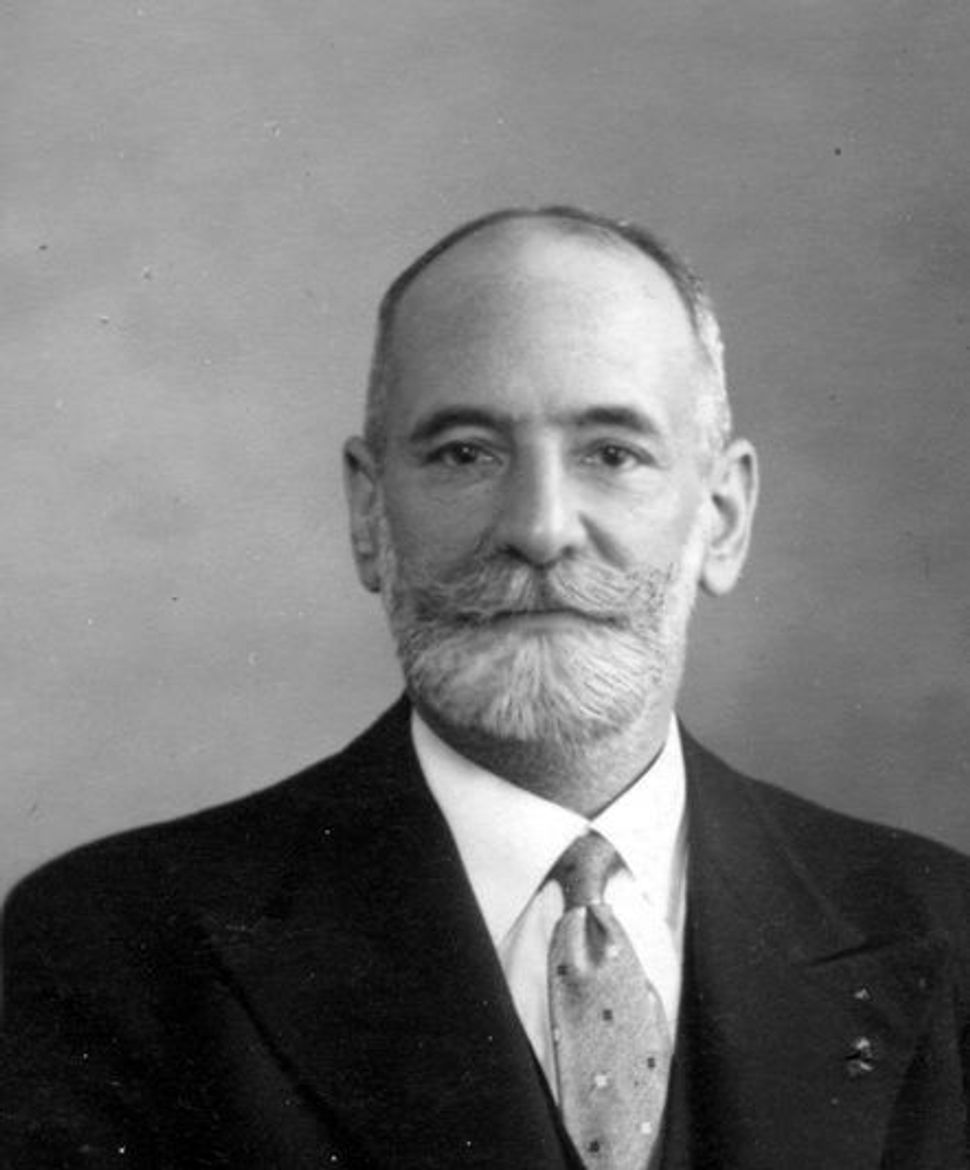 A 1968 Nobel Peace Prizewinner for his activism on behalf of human rights, the French Jewish legal scholar René Cassin is more honored for his public actions than understood as a man. Co-author of the UN’s postwar Universal Declaration of Human Rights, Cassin was given a book-length homage in 2001 from Les editions Honoré Champion, “René Cassin (1887-1976): an Open Mind on the Modern World,” and in April, Les editions Fayard published “René Cassin,” a biography by historians Antoine Prost and Jay Winter.

Both books reliably cover Cassin’s public life, including his combat wounds in World War I alongside other French Jews who insisted on fighting on the perilous front lines “because they were Jewish,” as Cassin would recall. Surviving his injuries, Cassin became a distinguished legal scholar and in 1940, joined Charles de Gaulle’s London-based government-in-exile after Germany occupied France. There Cassin found that many French anti-Nazis were also anti-Semites.

Cassin wrote to a friend in 1955, recalling that de Gaulle’s supporters in exile included members of fascist organizations such as the violent La Cagoule (The Cowl) and ultra-right-wing Action Française. These “reactionaries,” Cassin noted, “were unable to totally dissociate themselves from the anti-Semitism of their origins. Amongst the troops and leadership, serious [anti-Semitic] incidents occurred fairly often. I experienced some of them myself, alas.”

Such events did not lessen Cassin’s devotion to de Gaulle, who in 1943 would appoint Cassin to a war crimes tribunal, working alongside such eminent legal scholars as England’s Hersch Lauterpacht. Cassin’s devotion to Gaullism did not prevent him from objecting when de Gaulle made a 1967 speech after Israel’s Six Day War, in which he accused Jews of being an “elite people, sure of themselves and domineering.” When de Gaulle later claimed that he had intended this statement as praise, Cassin retorted that the word “domineering” (dominateur) was employed in anti-Jewish propaganda such as “The Protocols of the Elders of Zion,” and that de Gaulle had erred by speaking about Jews, rather than Israel’s government, the real subject of his speech.

Such lucid distinction is well-described by Prost and Winter, who nevertheless seem hampered in their portrait of Cassin by the unavailability of documents which remain in private hands. Among these is a lengthy correspondence between Cassin and his sister Felice, excerpts from which were published in the 2001 Honoré Champion volume. Despite these tributes, Cassin the inner man remains to be fully understood by a new generation of admiring readers.

Watch a 1968 French TV interview with Cassin after he won The Nobel Peace Prize.

And watch Cassin speaking on human rights in 1970.