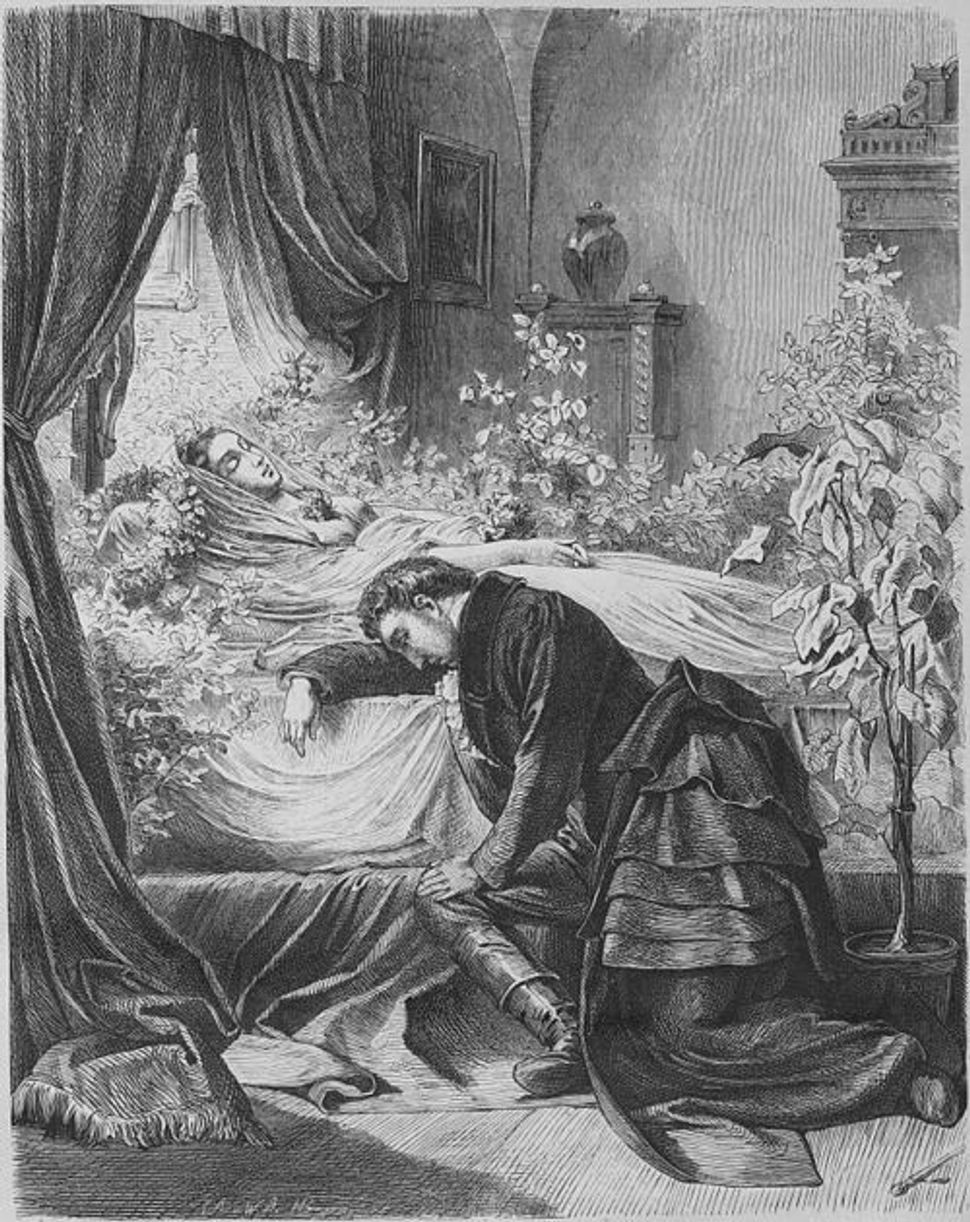 Jew and Poet: This is an illustration from the 1866 edition of ?Remembering Daniel Lessmann.? Image by wiki commons

November 21 marks the 200th anniversary of the German dramatist and novelist Heinrich von Kleist’s death but European literati have been celebrating all year long. Reflected glory is cast on Max Ring, a German Jewish poet and playwright who has not yet even been accorded a German-language Wikipedia entry despite lasting literary achievements.

Ring, a medical doctor as well as author, wrote an 1857 historical novel, “John Milton and his Times” and tributes to literary contemporaries in Berlin, the city where he died in 1901. Yet Ring, who was born in 1817 in Sudice, now part of the Czech Republic, and later moved to Gliwice and Wroclaw in Poland, is mostly remembered for an erstwhile funerary inscription. An 1862 poem by Ring written at the site where Kleist committed suicide includes the quatrain:

He lived, sang and suffered

These lines, which remain familiar throughout Germany as a plain-spoken yet fitting homage to the tormented Romantic author, were inscribed on Kleist’s gravestone in a southern suburb of Berlin. In 1941, Georg Minde-Pouet, a Nazi Kleist scholar and librarian informed Germany’s Propaganda Minister Joseph Goebbels that this quatrain was written by a Jew, and Ring’s words were duly chipped off the gravestone. While some of Ring’s works are lost, such as “The Jewish Cemetery,” (Der Judenkirchhof) — a poem he wrote at age eight at cheder in Gliwice — others can be enjoyed today.

An 1862 essay, “The Berlin Press” salutes German Jewish authors such as the “broad and squat” Berthold Auerbach (born Moses Baruch Auerbach), whom he praises as a “poet of the village history” and poet Julius Rodenberg, lauded for his “fine and sharp eye.”

Even more moving is “Jew and Poet: Remembering Daniel Lessmann,” an essay about a German Jewish historian and poet who ended his life tragically young in 1831) who like Ring, trained as a doctor before devoting himself to literature. Personal and career setbacks drove Lessmann, like Kleist, to suicide. Ring notes how after heroic military service, Lessmann was abruptly discharged from the army “solely because he was — a Jew…like hundreds of his co-religionists, he found himself painfully deceived and cheated in his expectations.” Disappointed in love when the parents of the girl he adored rejected him as a “Jew and poet,” Ring notes, Lessmann “had no luck, either in life or in death.” Once admired by readers from Rudolf Steiner to Theodor Mundt, Max Ring is a compassionate author worth remembering.