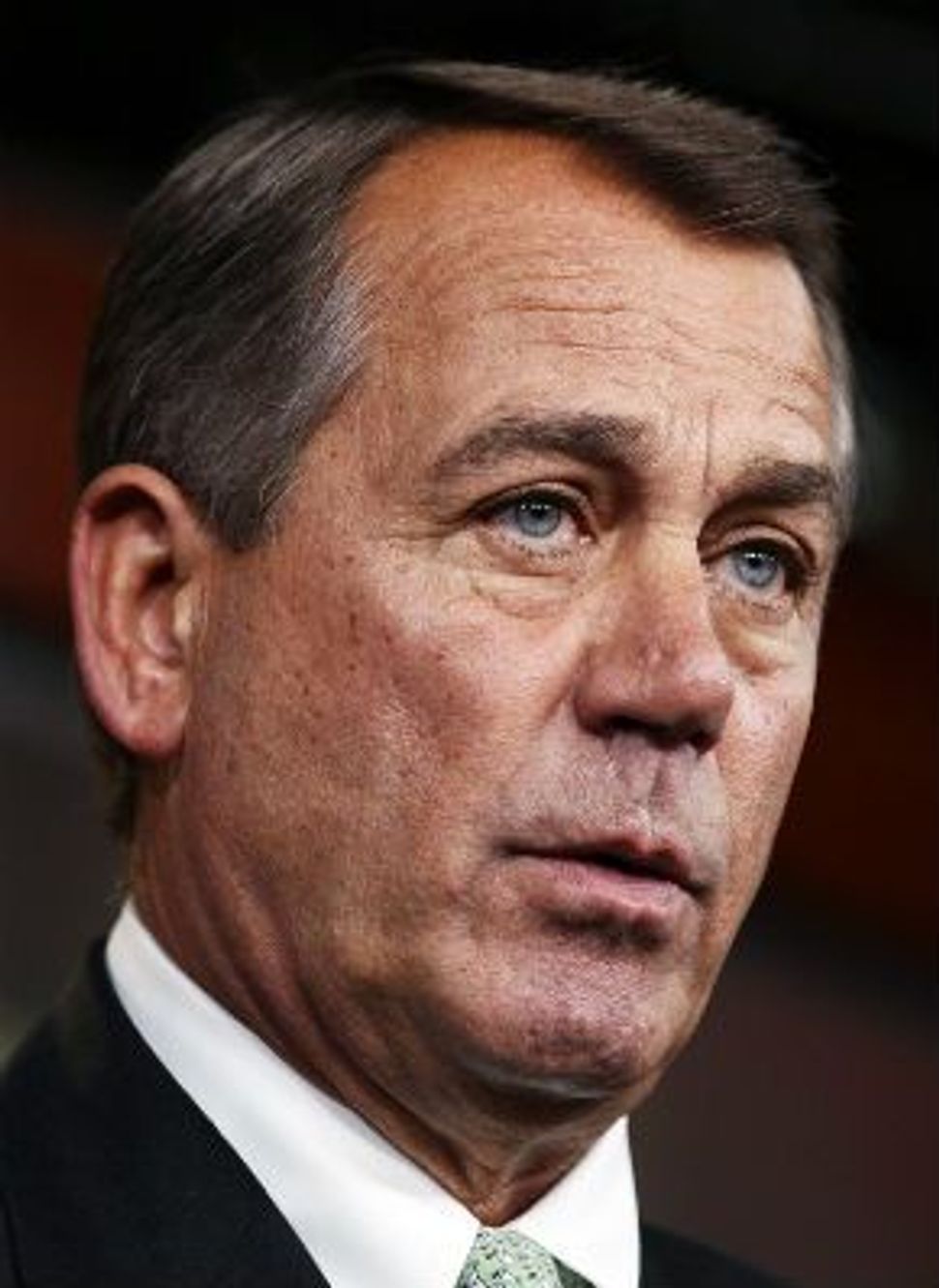 It looks highly unlikely that we will ever chance upon Rep. Gabrielle Giffords’s husband, astronaut Mark Kelly, having a friendly beer with Speaker of the House John Boehner.

Gawker noticed that The Hill published excerpts from Kelly’s new book, “Gabby: A Story of Courage and Hope,” that clearly showed that Kelly is more than a little miffed at the lack of support the Republican Boehner has shown his Democratic colleague since she was shot in the head last January.

“Considering that she was a member of Congress and he was the highest-ranking member, we thought he’d ask to visit Gabby or at least give a call to see how she was doing,” Kelly wrote in the book, according to CNN. “Our only contact with him had been a simple get-well card he’d sent a few days after Gabby was injured.”

For example, Boehner neglected to visit Giffords when he came to Houston, where she was in rehabilitation, to watch a basketball game. And all she got from him was “a simple get-well card” a few days after the attack. Would it have been that difficult for Boehner to have picked up the phone a few times over the months to call and ask how she was doing?

Boehner hit back at Kelly, saying he kept in touch with the couple and even met with Kelly recently about a memorial for Giffords’ aide who was killed in the Tuscon shooting, Politico reported.

“The Speaker and his staff have been in close contact with Rep. Giffords’ staff throughout this difficult ordeal,” a spokesman for Boehner told Politico.

Kelly suggests that perhaps the Speaker’s coldness stems from an incident in which Giffords “maybe…scared him off.” He recounts how once in 2010 the couple spotted Boehner in a Washington, D.C. restaurant and went over to say hello to him. The congresswoman apparently smiled and said to Boehner, “You stay out of my district. Okay. Remember. Stay out of my district.” Kelly writes that his wife “was trying to be funny but she was also giving him notice.” He recalls that Boehner “had an uncomfortable look on his face.”

Gawker suggests that Kelly is probably reading too much into this one incident. Boehner’s lack of warm collegial concern might just stem from the fact that he could very well be not such a nice guy. At the very least, he needs to brush up on his bikkur cholim (the mitzvah of visiting the sick) etiquette.

Giffords was badly injured earlier this year after being shot in the head by alleged gunman Jared Lee Loughner, who opened fire at a public meeting she had been holding with constituents. Six people were killed and 13 were injured.

She recently opened up about trying to have a baby and her rocky road to recovery in a television interview with ABC’s Diane Sawyer.