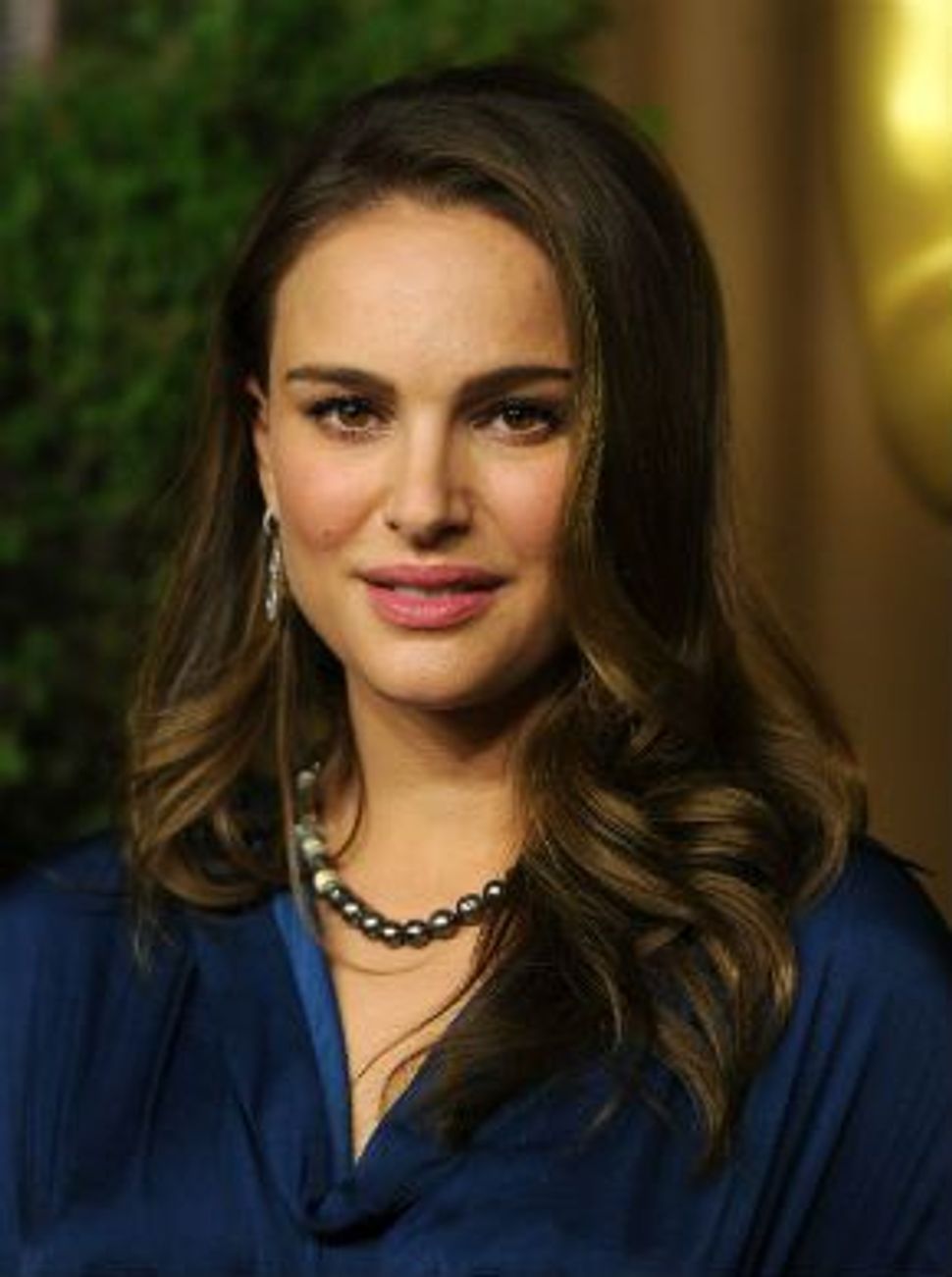 The Oscar-winning “Black Swan” star is getting back to acting — of a sort, anyway. Portman, 30, made one of her first public appearances, at the Los Angeles County Museum of Art, since the birth of her first child five months ago. The actress participated in a reading of “The Apartment,” the 1960 Billy Wilder movie that won five Oscars. (Shirley MacLaine earned a nomination in the role Portman will play.)

Portman shared the spotlight at the event with the likes of celebs Pierce Brosnan and Mindy Kaling.

Overseeing the evening was filmmaker Jason Reitman, whose father, Ivan, directed Portman earlier this year in the enjoyable-despite-itself “No Strings Attached.”

Portman’s re-emergence is exciting news for the Shmooze, which looks forward to her return to the big screen.

Portman and her husband, ballet choreographer Benjamin Millepied, greeted their first-born son in June. They named him Aleph, after the first letter in the Hebrew alphabet.