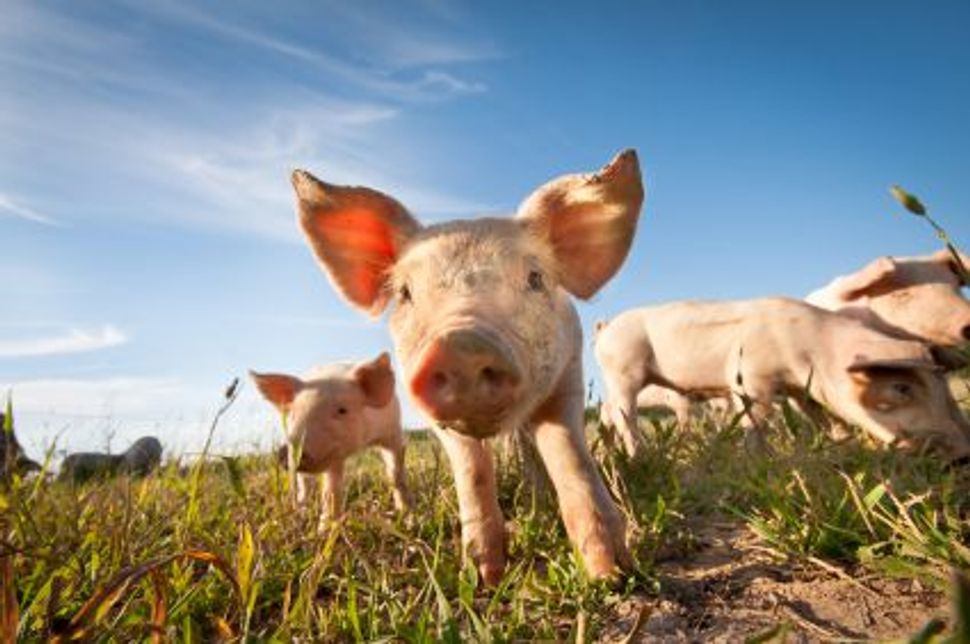 Confused? Chief Rabbi Yona Metzger has revealed that his rabbinate is looking in to importing a special goose liver that tastes like pork. How does he know? He’s had three non-Jewish food experts check it out.

The liver comes from Spain from geese that are raised on normal food instead of grain. Ynet reports that he said that the livers “could serve as an original Jewish solution for consumers of non-kosher meat, who will be receiving a proper substitute.” He continued: “As for religious Jews, I believe they will be disgusted at first, but will eventually get used to it.”

How popular will this prove if it does hit the market? I have always been surprised at the low take-up of kosher equivalents to non-kosher food. Non-dairy cheese has been on the market for ages, but few observant Jews bother to make imitation milk-and-meat dishes. And as I discovered at a remarkable dinner of little-known kosher food a year ago, there’s an entirely natural milk-tasting meat which is even recommended by the Talmud — cow’s udder. But it has never really become popular. But then again, good marketing can sell pretty much anything — maybe not cow’s udders, but perhaps porky liver stands a chance.