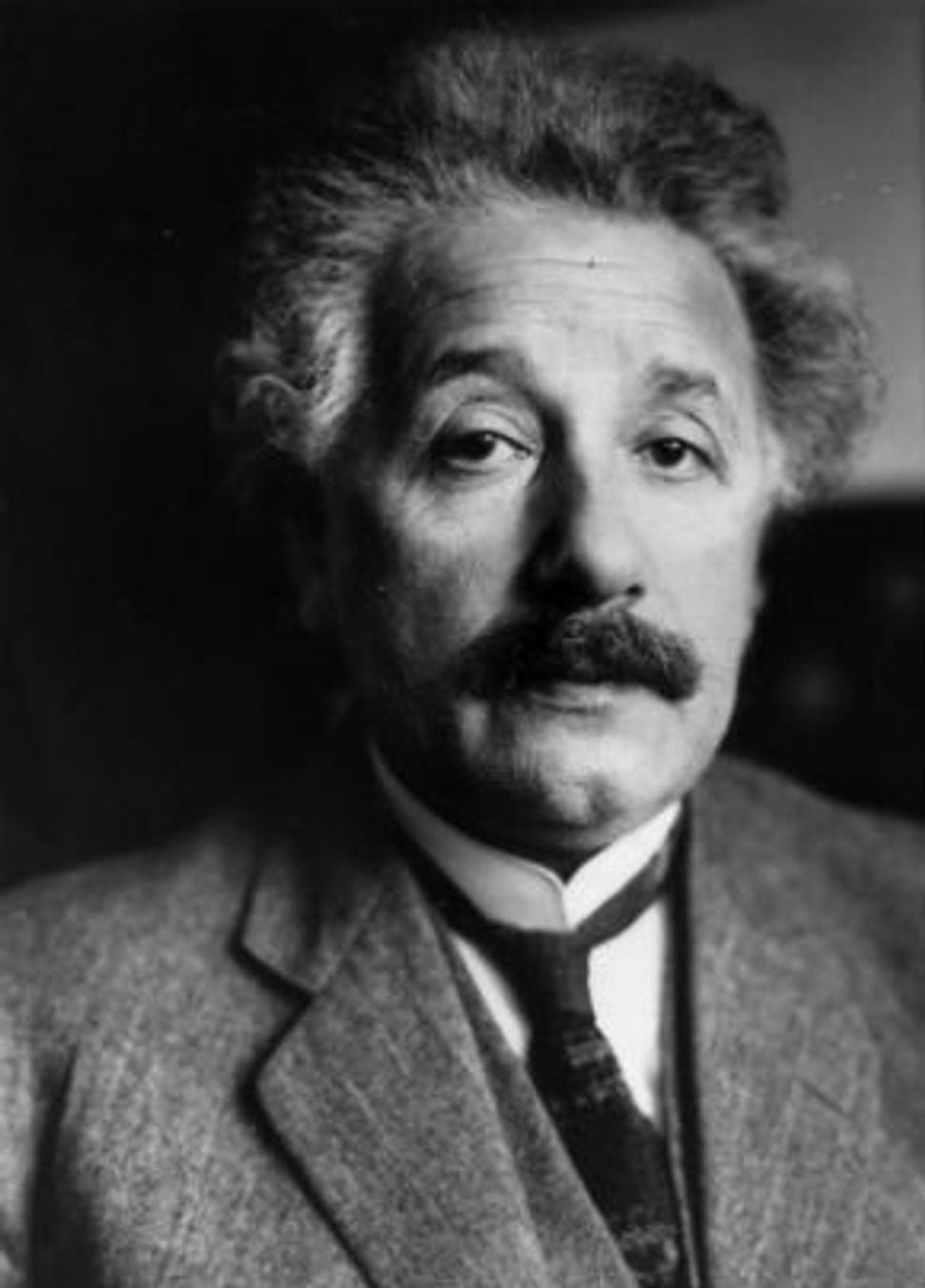 Albert Einstein may have died in 1955, but his brain is still around — very small pieces of it, that is. For the first time ever, the public can now view 46 slivers of Einstein’s brain on display in a special exhibition at the Mütter Museum and Historical Medical Library, which is run by the College of Physicians of Philadelphia.

Although the museum already possesses bits of remains from other famous individuals (a tumor of President Grover Cleveland, neck tissue from John Wilkes Booth), the museum’s curator, Anna Dhody, could not be more excited about this latest acquisition. “It’s Einstein’s brain!” she exclaimed. “It’s one of the greatest minds of the 20th century in our museum. What more can you ask for?”

According to a Live Science article, the museum received the slides of Einstein’s brain tissue after they passed through a number of hands since the genius’s death of an abdominal aneurysm at age 76. Dr. Thomas Harvey, the pathologist who performed the autopsy on the scientist’s corpse, failed to replace the brain after he had removed it for examination. Harvey claimed that Einstein’s son had granted him permission to keep the brain, but the Einstein family denied this.

The pathologist lost his job because of the scandal, but he proceeded to send samples of Einstein’s brain tissue to neuroscientists wanting to discover whether something about Einstein’s brain structure made him so incredibly intelligent. To thank the Philadelphia pathologist, Dr. William Ehrich, who allowed the slides to be made in his lab, Harvey gave him a set of 46 slides of Einstein’s brain tissue. Upon Ehrich’s death in 1967, they were passed to another doctor named Allen Steinberg, who in turn gave them to Lucy Rorke-Adams, the senior neuropathologist at the Children’s Hospital of Philadelphia. It was Rorke-Adams who recently donated the slides to the museum.

It seems that although some researchers who have examined Einstein’s brain tissue have found some structural anomalies in it, they cannot be sure whether they are responsible for the great scientist’s genius. However, Rorke-Adams did find that Einstein’s brain looked abnormally young on the microscopic level. She found that he lacked a build up of cellular waste associated with aging, and that his blood vessels were in unusually good shape. “He died at the age of 76, so he was an older individual. But Dr. Rorke-Adams said looking at his brain, you would think it was the brain of a younger person,” Dhody said.

So, perhaps there is something to the belief that genius arises from the maintenance of a childlike wonder throughout one’s life.