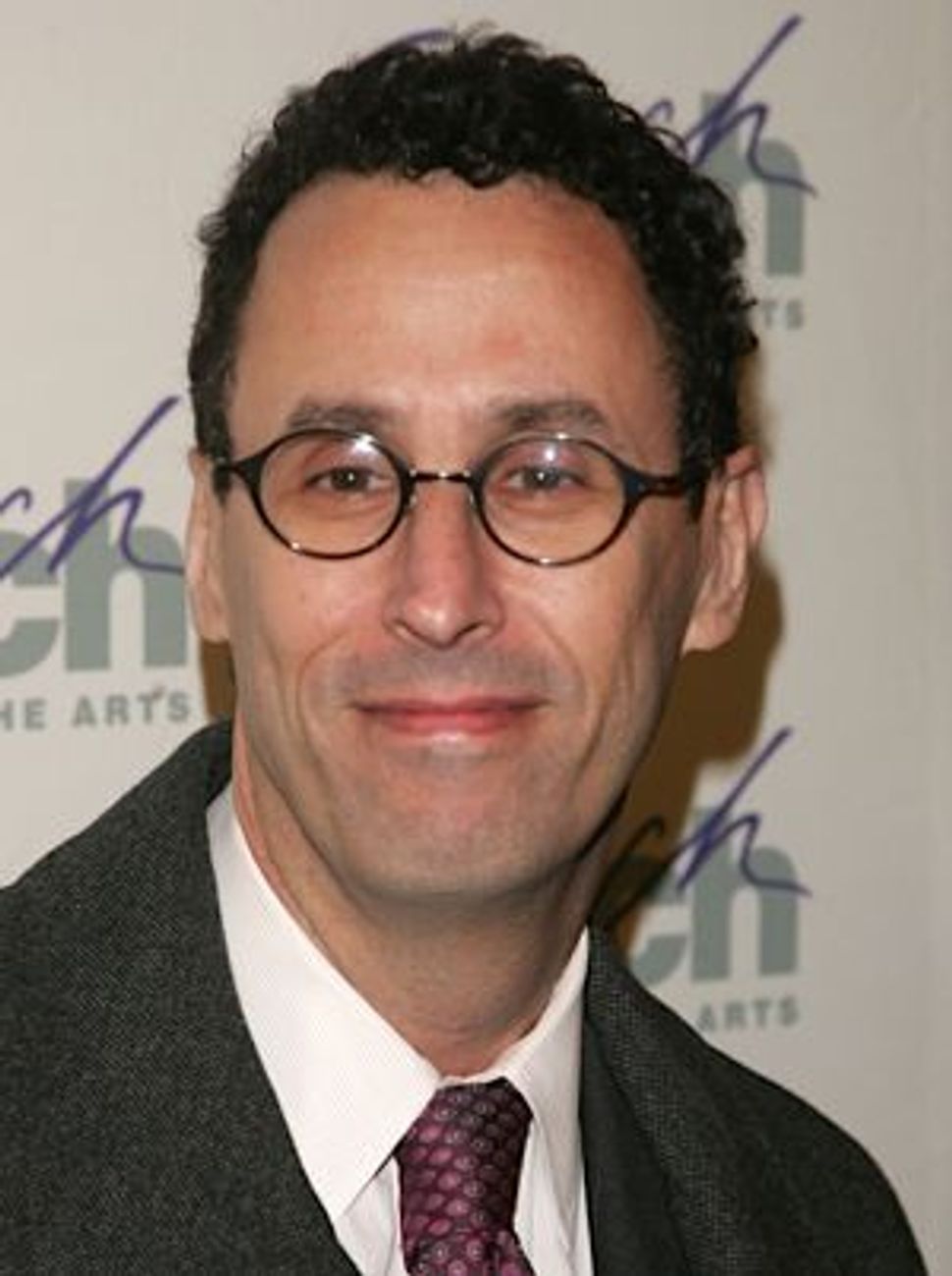 Playwright and screenwriter Tony Kushner has been awarded a $100,000 prize for “Creative Citizenship” by The Nation Institute and The Puffin Foundation. The honor, recognizing his socially conscious work, will be formally bestowed upon him at The Nation Institute’s Annual Gala on December 5 in New York.

According to a press release, Kushner was chosen because he has

given voice to the marginalized and explored the most challenging issues of the past fifty years…As John Lahr wrote in the New Yorker, “He gives voice to characters who have been rendered powerless by the forces of circumstances — a drag queen dying of AIDS, an uneducated Southern maid, contemporary Afghans — and his attempt to see all sides of their predicament has a sly subversiveness. He forces the audience to identify with the marginalized — a humanizing act of the imagination.’

Danielle Berrin, writer of the Jewish Journal’s Hollywood Jew blog, posits that it is not for his art alone that Kushner is receiving the award. It was his daring political views and progressive outspokenness, including on the Palestinian-Israeli conflict, that caught the attention of the two sponsoring organizations, she writes. The Puffin Foundation is devoted to minority and marginalized artists, and provides grants to individuals and organizations “excluded from mainstream opportunities due to their race, gender, or social philosophy.” Similarly, The Nation Institute, publisher of The Nation magazine and other online and print publications, is a non-profit media organization that promotes progressive ideas.

Kushner, the 12th person to be given the award, issued a statement saying how pleased he is to be honored by an institute to whose publication he has himself been honored to contribute over the years. In reflecting on the name of the award, he said:

To be a good citizen, much less a creative one, is a tall order, and while I hope I can say I’ve never taken the blessings of citizenship (however abridged these remain, despite recent advances, for the entire LGBT community) for granted, I feel certain that I’ve achieved at best a rudimentary level of sufficiency regarding the obligations that come with the franchise. I can only add that since this will make me feel terrible every time I fail to be a creative citizen, it’ll be a goad to step up my game — since citizenship, like playwriting or the violin, requires practice, practice, practice…

Given this creative citizen’s prolificacy, it can be assumed that both the award and the practice time is will afford him will yield even more socially conscious artistic output.