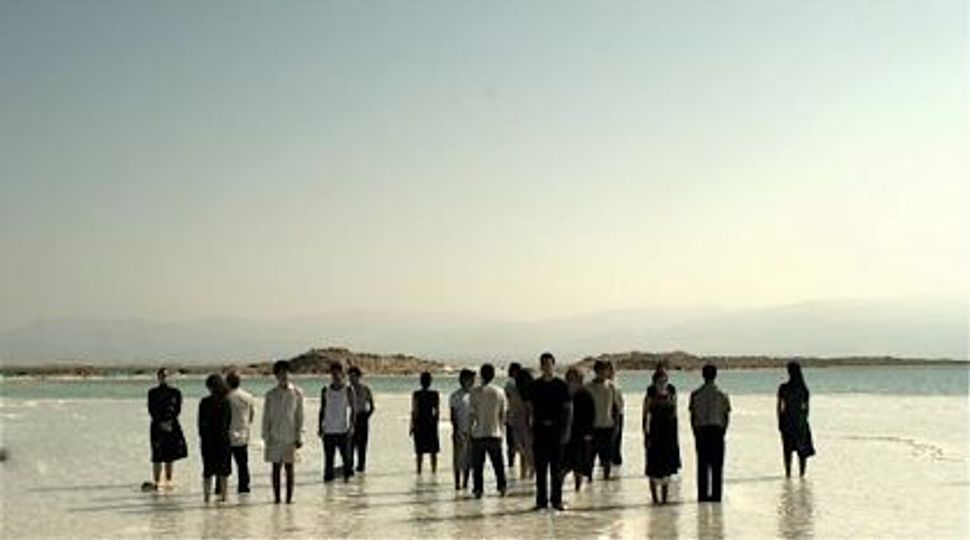 If one were to make checklist of ingredients for a good film, “Testimony” would have most, if not all of them. A script based on true and emotionally loaded life experiences? Check. A strong political message? Check. An ensemble cast made up of veteran actors and some relatively fresh faces? Check. The creative use of imagery and cinematography? Check. Yet, at the end of the film, the viewer feels like it just doesn’t hold together.

Blurring the line between documentary, fictionalized reenactment, and a standalone piece of theatrical cinema, “Testimony” creates on film the feeling of a courtroom witness stand. What makes the film politically powerful and relevant is its detailed description of some of the reprehensible acts committed by IDF soldiers against West Bank Palestinians, drawn from actual soldiers’ and civilians’ testimonials documented by the human rights organizations Yesh Din and Breaking the Silence.

These witness accounts form the film’s core and raison d’être, but the artistic choices and lack of strong direction don’t do justice to the visceral quality of the stories. Specifically, director Shlomi Elkabetz’s use of veteran Israeli actors such as his sister, Ronit Elkabetz, as well as Albert Iluz and Esti Zackheim to portray abused Palestinian civilians dampens the power of their testimonies. It’s a bit difficult to empathize with a Palestinian father abused by IDF soldiers when he’s played by an actor like Iluz, whose most memorable roles include an adulterous husband and a deadbeat dad from “Bonjour Monsieur Shlomi,” or worse, a conniving Palestinian terrorist and drug smuggler in “Holy Land.” The same can be said for many of the other actors in “Testimony.”

Just as problematic, to the best of this reviewer’s knowledge, not a single actor in the film is either Arab or Palestinian. Israel certainly has Hebrew-speaking Arab actors who have appeared in Israeli feature films. Why no Israeli-Arab thespians were cast for roles in this movie is a perplexing question. Rather, “Testimony” is left with one of the main problems that has plagued the region’s peacemaking efforts, namely, the lack of regular, non-confrontational interactions between Jewish Israelis and Palestinians. Instead, one has a movie about the Occupation featuring Jewish Israeli soldiers oppressing Palestinians played by Jewish Israelis, but nowhere are any actual Palestinians to be found or heard until the film’s concluding song.

In contrast to the film’s casting choices, “Testimony,” displays excellent use of imagery and space by cinematographer David Adika. The use of tranquil, natural backgrounds during the testimonials accentuates the dramatic intensity of the characters’ accounts. It is no wonder that Adika won the 2011 Haifa International Film Festival award for best cinematography.

Adika’s good eye for still imagery helps transform each testimony in the film into a dramatic scene, but the interweaving of these separate accounts lacks any clear logic, leaving a series of powerful vignettes without a strong narrative structure. This lack of flow and direction further detracts from the film’s documentary value, and the viewer is left only with one moral: war is bad. In the end, “Testimony” is an interesting exercise in filmmaking and cinematic imagery, but it is not a movie capable of bringing an important issue to the attention of a wide audience and keeping it there.

Watch the trailer for ‘Testimony’: