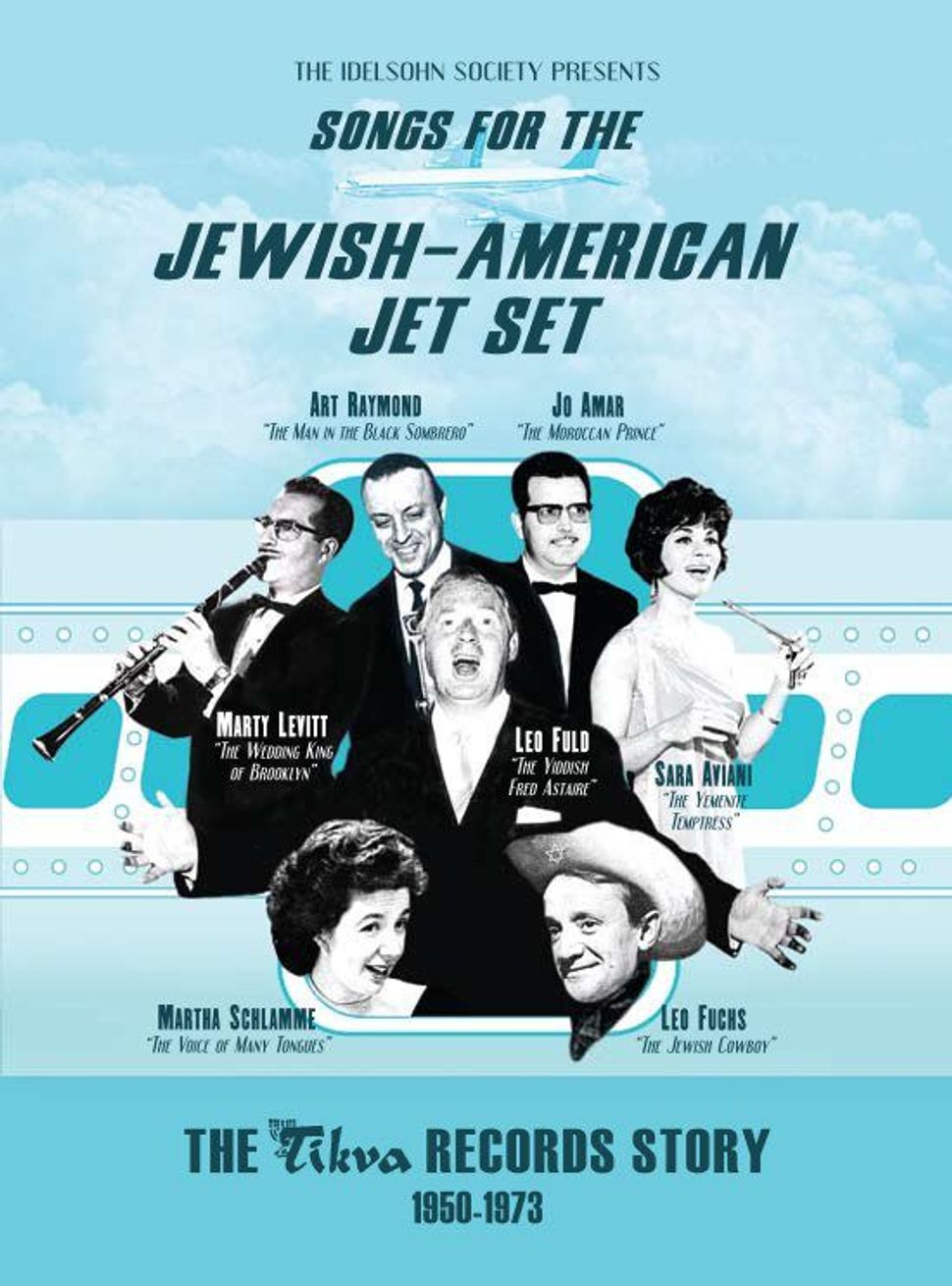 A non-for-profit organization comprised of music-loving Jews, The Idelsohn Society for Musical Preservation illuminates the forgotten corners of Jewish music in America. The Society is perhaps best known for “Jewface,” a collection of vaudeville-era minstrelrsy like “Cohen Owes Me 97 Dollars” — songs that strike present-day listeners as the Jewish version of Uncle Tomming. Other compilations suggest that for Idelsohn’s curators, history is synonymous with crossover kitchiness — black and Latin artists interpreting Jewish classics, or the legendary Barry Sisters singing Yiddish versions of “Raindrops Keep Falling on My Head” or “My Way.”

Such compilations have their appeal but they strike me as self-limiting — how many times can one listen to “I’m a Yiddish Cowboy?” At least that’s what I thought before I actually listened to an Idelsohn CD. But after keeping its latest on heavy rotation in my car for the last few days, I’m happy to report that although it is a little uneven, the album does exactly what you’d want — it entertains, instructs, and even gets you thinking,

“Songs for the Jewish-American Jet Set: The Tikva Records Story” is, as its title suggests, selections from the catalogue of Tikva Records, a now-defunct New York-based company that was active from the late 1940s to the early ’70s. In addition to the CD, Idelsohn is also launching a “pop-up” Tikva Records store in San Francisco’s Mission District throughout December to promote the project and to host a series of concerts, film screenings, lectures, and other events.

As the CD’s liner notes put it, Tikvah’s owner, Allen B. Jacobs, “churned out anything mid-century Hebrews might be interested in” — cantorial music, klezmer, comedy, Hasidic songs, Israeli folk, speeches by Abba Eban (the latter being the most difficult to dance to). Thus “Songs for the Jewish American Jet Set” is an eclectic selection. As you might expect, there are a lot of novelty songs — two Jewish-cowboy tunes, “Shalom Pardner” and “Passover on the Range,” which provide a chuckle or two but don’t stand up to repeated listenings. More amusing is “Orthodox, Conservative or Reformed [sic]” in which Bernie Knee sings about his success with Jewish girls regardless of their level of observance.

More kitschy fun is provided by The Sabra’s “Ho Yaldonet” and Sara Aviani’s “Weep No More,” two reverb-soaked tunes from the ’60s that bring to mind Austin Powers frugging, in a Union Jack kippah. The pinnacle of the CD — and probably of Tikvah Records — is provided by Jo Amar, “The Moroccan Prince,” a dapper polyglot with an astonishing voice. His “Ani Ladodi,” an interpretations of the Song of Songs, is my own current musical obsession.

“Songs for the Jewish-American Jet Set” is nicely packaged, with detailed liner notes. The one thing it’s missing is lyrics — I’d have liked to been able to follow some of the Yiddish and Hebrew. Regardless, it will make for a quirky holiday gift (for obvious reasons I can’t bring myself to write “stocking stuffer”). Does the CD demonstrate, as the liner notes put it, that Tikvah’s catalogue is packed with “brilliant, jaw-dropping” music? Maybe not. But it brightened up my own vicious commute. I’m looking forward to listening to it again, and to the next CD from Idelsohn.

Leo Fuld, “Mazzel”, from Songs For the Jewish-American Jet Set: The Tikva Records Story 1950-1973 by The Idelsohn Society

Leo Fuld, “Mazzel”, from Songs For the Jewish-American Jet Set: The Tikva Records Story 1950-1973 by The Idelsohn Society