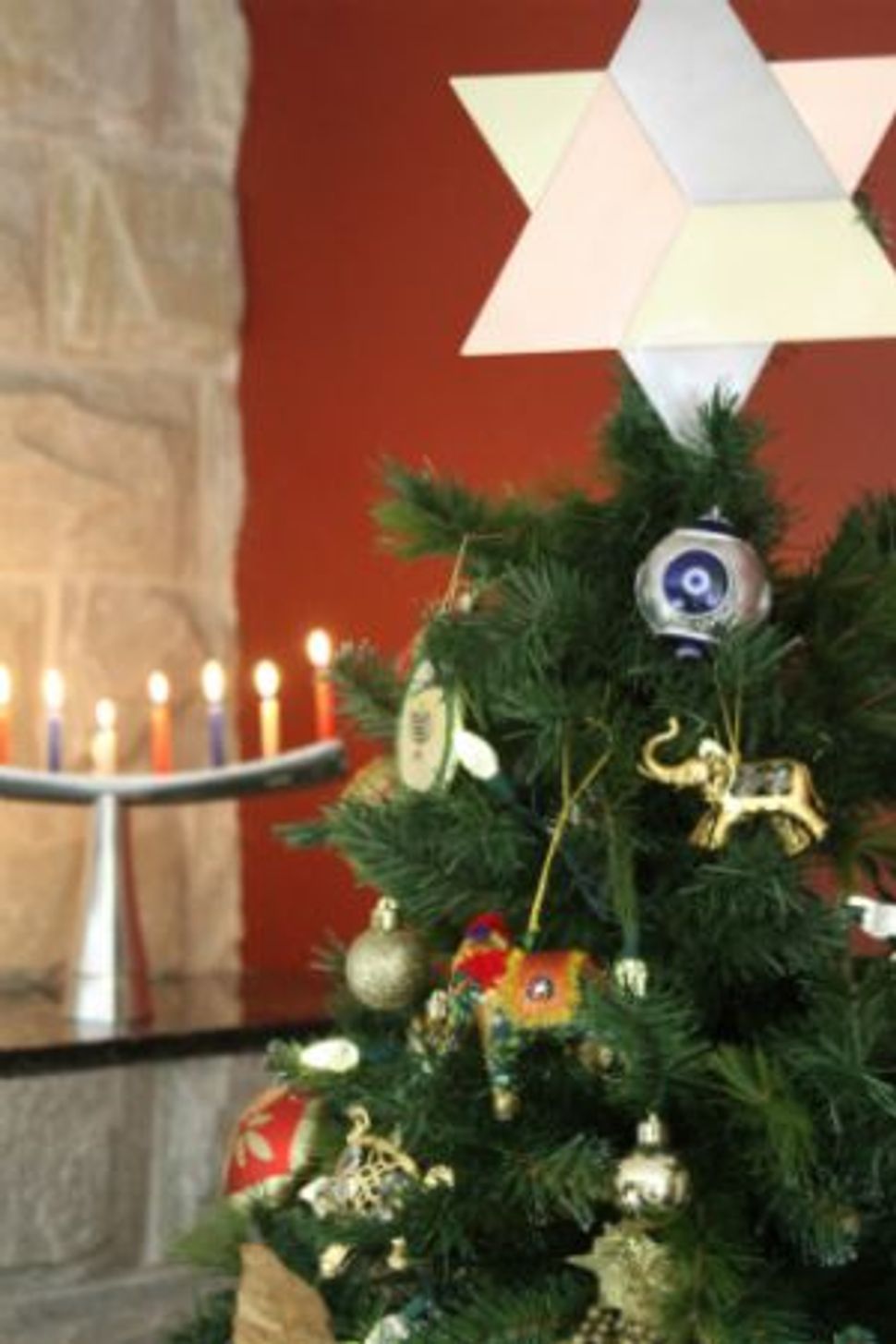 Image by Courtesy of Yourtreedition.com

Star of David tree-toppers aren’t necessarily meant for Hanukkah bushes. In fact, they are reportedly favored by both evangelical Christians and intermarried couples looking for just the right thing to place high atop their Christmas trees.

Leave it to Jews to be the ones to come up with the idea of Christmas “menorahments.” The Jerusalem Post reports that Jewish couple Morri and Marina Chowaiki have sold thousands of their Hanukkah Tree Toppers since first putting their patented six-pointed silver stars on Amazon.com in 2009.

“The primary audience is interfaith families, but we also get many orders from people who want a symbol of Israel and peace on their tree, when in fact no one in their home is Jewish,” Morri Chowaiki told the Post.

Raphael Varnassal is another menorahment entrepreneur; he sells Star of David tree-toppers at yourtreedition. “So far, sales have been pretty strong, especially during the Black Friday weekend,” he said. His customers, like the Chowaikis’, seem to be both interfaith families and religious Christians.

Varnassal, who was raised Jewish but whose father is Catholic, celebrates both Christmas and Hanukkah. He believes it is comforting and validating for a Jew to see the Magen David atop a Christmas tree. “For people who want to celebrate Christmas with a tree, stockings, gifts, lights and the like, and have someone Jewish in the home, the tree topper gives those people an opportunity to have their culture represented as well in a beautiful and meaningful way,” he said.

The Shmooze wonders what’s next — crosses atop Hanukkah bushes?