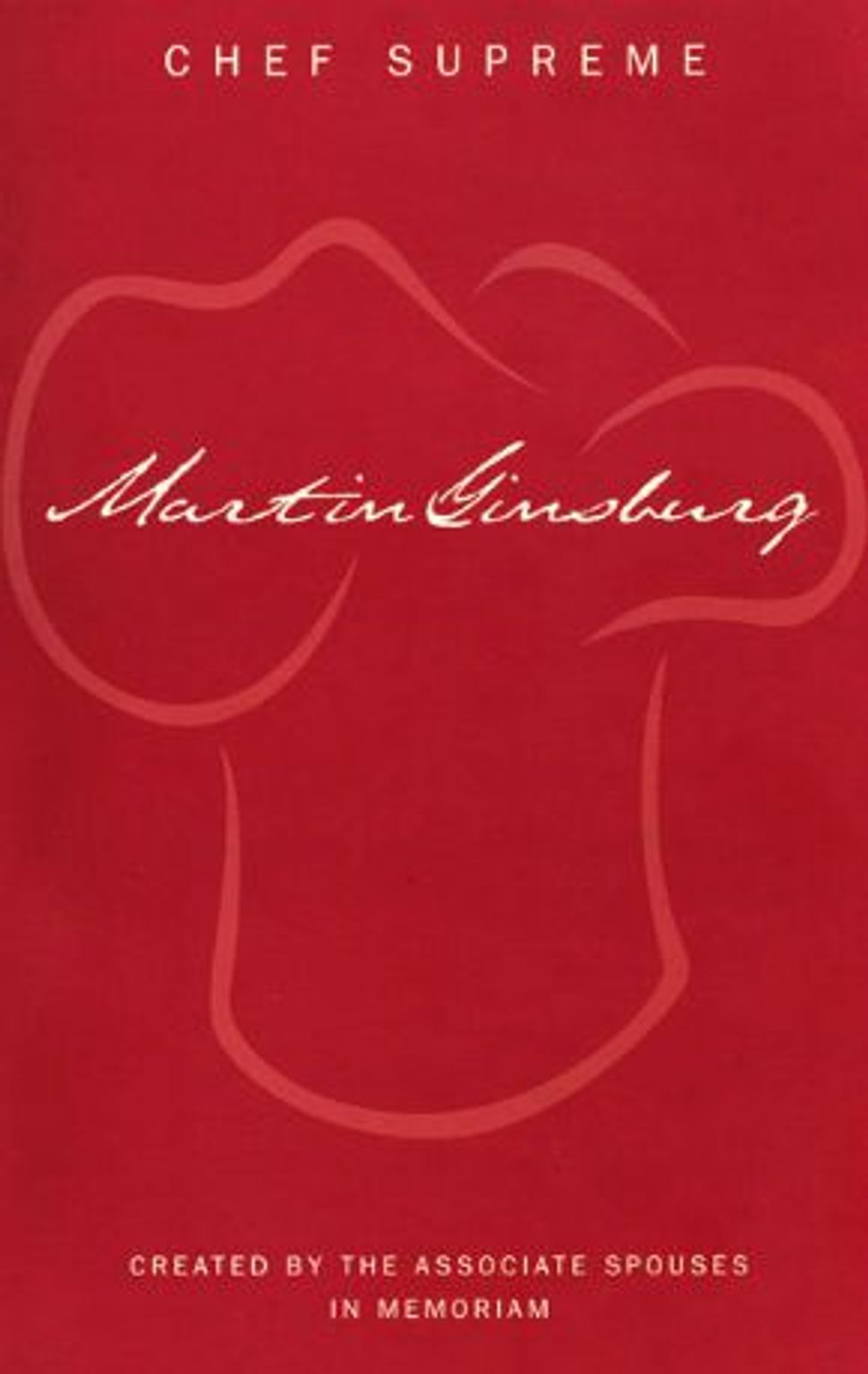 It turns out that while Supreme Court Justice Ruth Bader Ginsburg was busy writing legal opinions, her late husband Martin Ginsburg was at work cooking up a storm in the kitchen.

As a tribute to Mr. Ginsburg, who died in June 2010, the Supreme Court spouses have put together a cookbook titled “Chef Supreme” in his honor. The 126-page book is a collection of recipes from the late gourmand, who was more commonly known as a prominent tax lawyer and scholar.

Ginsburg was apparently quite a chef, as one can glean from his recipes for things like gravlax, vitello tonnato, osso buco — and chocolate chip oatmeal cookies. There is even a recipe for the “perfect baguette” running six pages and including color photographs.

The spiral-bound cookbook includes many warm tributes from friends and family members, and also from the Supreme Court spouses with whom he regularly socialized. “His benchmark warmth, culinary excellence and considerate birthday cakes remain goals to be attained by this most junior spouse. He lives on as an inspiration to me,” wrote Martha-Ann Alito. Maureen Scalia reminisced about Ginsburg’s “lovely small smile” as he watched friends enjoying his cooking. Joanna Breyer remembered him giving her the right cooking advice before spouse events “to steer me away from complete culinary disaster.”

There’s no word yet as to whether Ginsburg had a good recipe for latkes, but we can easily find out. Just in time for the Hanukkah and the Holiday Season, aspiring cooks and Supreme Court fans can purchase copies of “Chef Supreme” at the Supreme Court gift shop or from the Supreme Court Historical Society’s online store.