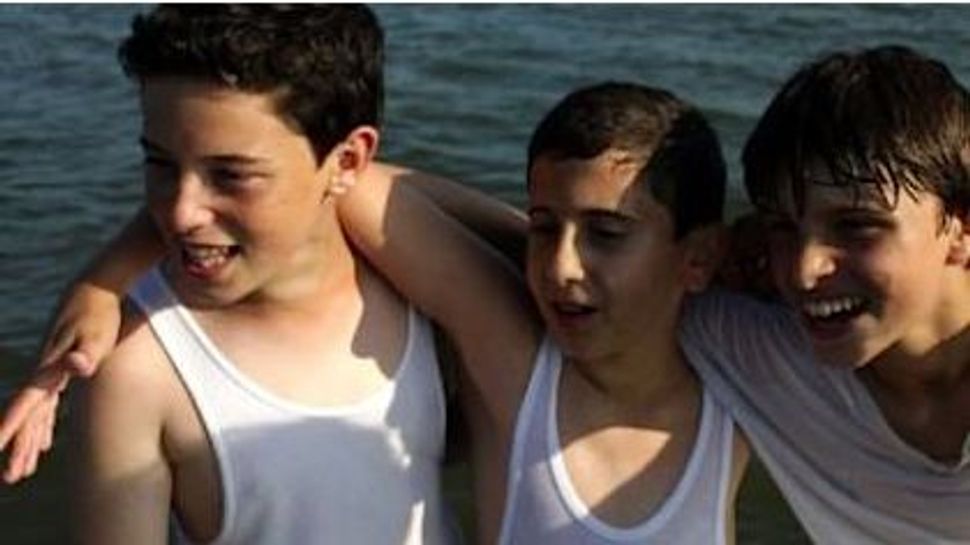 Is the small-budget gem “David” a parable for peace in the Middle East? It might — or might not — be. But in either case, it is an engaging, intelligent film that wisely resists the temptation of formulaic, diabetes-inducing sweetness or, conversely, knee-jerk bitterness.

“David,” screening December 10 at the Washington Jewish Film Festival, is set in the Borough Park and Bay Ridge sections of Brooklyn, where Orthodox Jewish and Muslim communities live together separately. The title character is really named Daud, played by the young newcomer Muatasem Mishal.

He is the son of an Imam — a good boy who observes Muslim rituals, tutors others, and spends his time studying. By contrast, his cousins wear their jeans slung low and have picked up American habits.

As a reward for his perfect behavior, Daud’s uncle gives him his grandfather’s Koran, which the Imam laters says is “the only thing I have left from my family.”

While sitting in the park babysitting his younger sister, he notices that a group of Jewish boys have left behind a prayer book. He chases after them, but doesn’t catch up until after they’ve entered a yeshiva. When he gets there, the door is locked and his impatient younger sister decides to start home alone, so Daud leaves the book in the building’s mailbox and follows her.

At home Daud discovers that in his panic he left behind not the Jewish prayerbook but the family’s precious Koran. When he returns the next day hoping to reclaim it, he’s mistaken for a Jew. He says his name is David, he’s put into a class and befriended by a group of boys, notably Yoav (played by another newcomer, Binyomin Shtaynberger).

In fact, his new friends are his only friends, and his time with them his only play time. Daud’s strict father (Maz Jobrani) allows no time for childhood, so it’s hard for the boy not to be seduced by the more free and easy lifestyle of his new pals. The allure is so great that he neglects some of his Muslim duties.

In part what makes this film so fascinating is that almost all the characters are portrayed sympathetically. Daud has an older sister who wins a scholarship to Stanford — which her father won’t allow her to accept. So she is willing to marry a boy who will accompany her to California just to get out of her father’s reach.

But is the Imam a villain? The paterfamilias of any faith knows the tightrope one must walk in a “free” society to keep one’s children observant in the face of the temptation of MTV.

Similarly, the Diaspora Jew understands the children’s problems, too. It is difficult being different. In fact, director and co-screenwriter Joel Fendelman was one of the few Jewish students in his largely Hispanic Miami high school. “David” is his feature debut; his previous effort was a documentary, “Needle Through Brick,” about the vanishing art of traditional Kung Fu.

“David” is far from perfect. The “yeshiva” the Orthodox boys attend seems to have only one class, and the school’s principal is surprisingly willing to usher in unregistered students.

But despite some bumps in the road, Fendelman’s theme of the three “F”s — faith, family and friendship — shines through like a lighthouse beacon on a foggy night. The director is clearly a talent to watch and “David” is a film well worth seeing.

Watch the trailer for ‘David’: