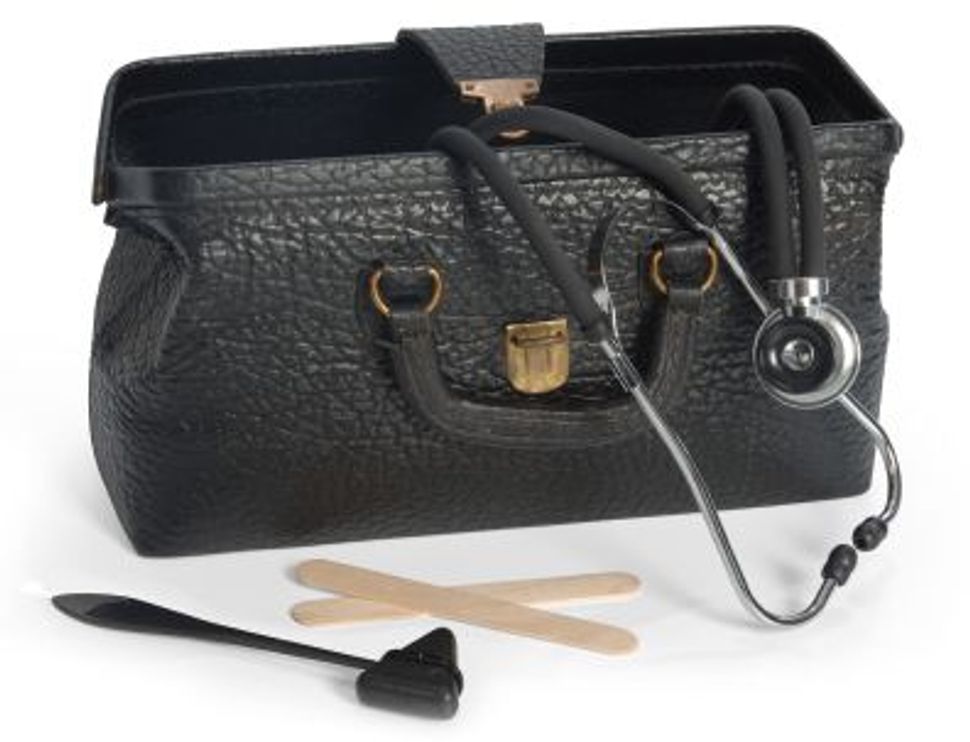 Dr. Fred Goldman, who celebrated his 100th birthday on December 11, is still going strong — not by relaxing in retirement, but by working. Goldman is the oldest licensed physician practicing medicine in Ohio.

The doctor still works three full days a week, seeing patients in his non-computerized office (he calls it “the dump”), and in their homes. “If they’re sick and can’t leave home, I go to see them,” he told a reporter for the Cincinnati Enquirer.

Goldman has outlived most of his patients, as well as his beloved wife of 60 years, Esther, who died of a brain tumor in 1998. When one of the many guests at a surprise birthday party asked him how it felt to be 100, he said he didn’t feel any different than before. “Most people my age can’t feel anything,” he said. “They’re dead.”

It is only in the last few years that Goldman has had to give up some of his regular activities, like mowing the lawn, cleaning the roof gutters on his house and hiking in the wilds of Alaska.

Goldman is a man of few vices, but admits that he does not exercise — he just keeps moving instead. He never smoked cigarettes, rarely smoked a pipe, and gave up smoking Cuban cigars ages ago. Not much of a drinker, he enjoys an occasional beer and drinks wine “only on Passover.”

Goldman survived major heart surgery and prostate cancer, and has no idea why he has lasted so long, and with such vitality. He credits his desire to keep working, but admitted, “I have no secrets,” as to why he has made it to a vigorous 100. “Maybe it’s because my office is a mess and I keep saying I’m going to clean it up,” he joked.