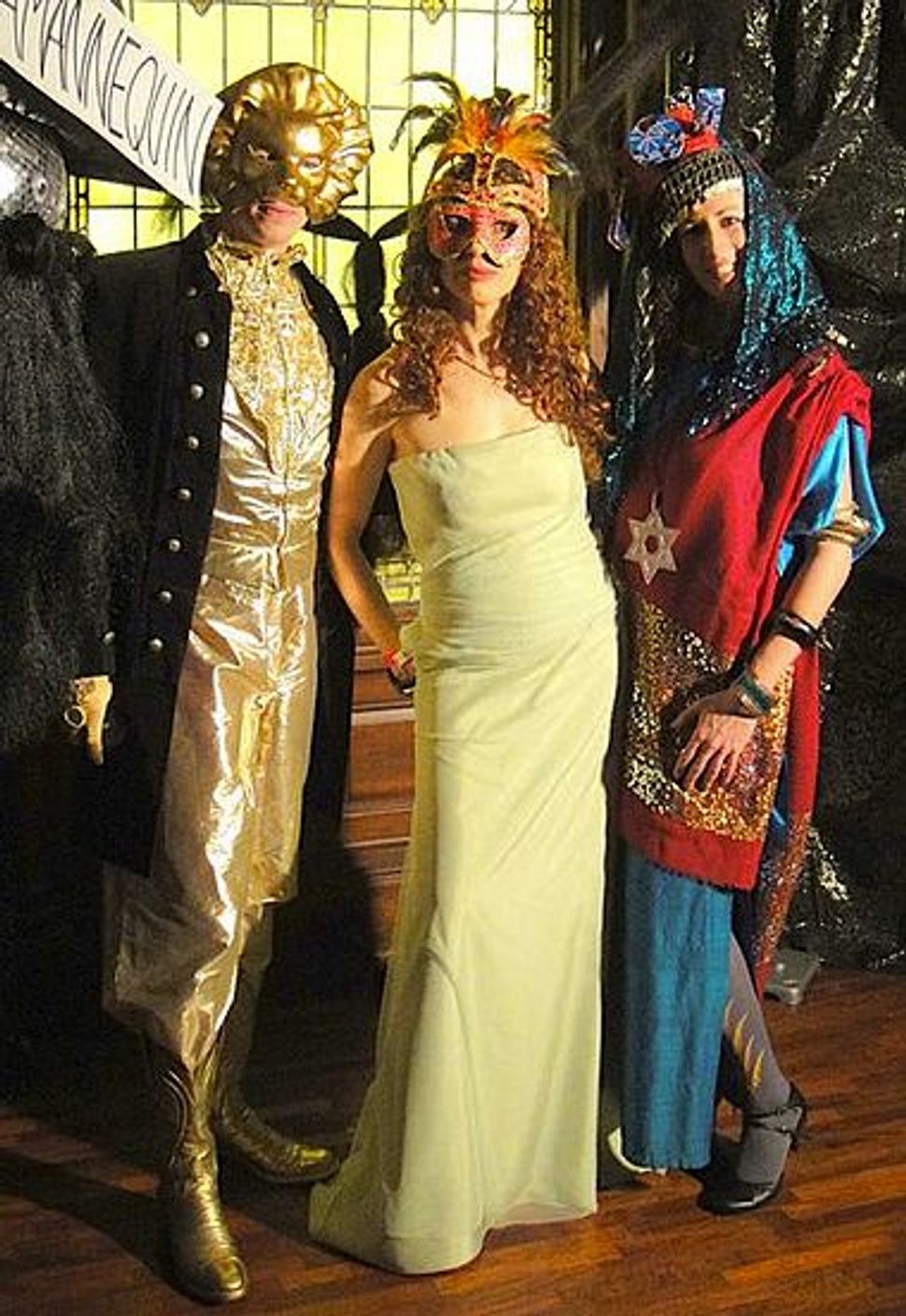 Image by Courtesy of Cheryl

Have you ever wondered what would happen if you combined Hanukkah with an electroclash dance party? The Brooklyn art collective CHERYL have, and this year, they’re holding their own version of the festival of lights complete with fake blood, glitter, and, of course, jelly doughnuts. Their part-disco part-performance art project, “CHERYL does CHANUKAH,” will be held at The Jewish Museum tonight, bringing footloose costumed mayhem to New York’s Upper East Side.

At first glance, CHERYL seems like an odd match for a solemn Museum Mile institution. The four member group, comprised of Nick Schiairizzi, Stina Puotinen, Destiny Pierce, and Sarah Van Buren, is best known for their Lady Gaga-level costumes and antic, raging bacchanals, usually held in galleries and warehouses tucked deep in the wilds of North Brooklyn. Their appearance at The Jewish Museum is part of an ongoing series of after hours events called The Wind-Up, aimed at bringing the museum’s collection to a wider, more diverse audience.

“We thought it would be a great way to put a Jewish spin on what CHERYL does already,” explained The Jewish Museum’s Director of Education Nelly Benedek. “They’re fun, they’re unpredictable, and they bring in a younger crowd to the museum.”

This isn’t the first time that CHERYL has thrashed their way into the hearts of The Jewish Museum’s patrons. Earlier this year the group threw a Purim party for The Wind-Up, incorporating traditions like noise-making and dressing up into the collective’s frenetic aesthetic. But CHERYL also added their own interpretation of the holiday to the party. “One of us was dressed as a new Purim character we had invented, Tish Purim, who had hip holsters with bottles of Manischewitz wine and a sort of bandolier holster with shot glasses,” said CHERYL’s Stina Puotinen. “He ran around with a small hamantaschen on his head and poured shots for people.”

The Hanukkah party will involve similar shenanigans, including what Puotinen describes as a “participatory human dreidel game.” CHERYL, which has a penchant for wearing cat masks at shows, is also advertising a “cat menorah” component to their visual installation. “We love cats; we want them everywhere,” Puotinen said. “We also discovered in our research that there are so many pictures of cats and menorahs and cats in yarmulkes on the Internet. Apparently it’s a thing.”

As for what, exactly, that will look like, CHERYL isn’t saying just yet. But they’re hoping to preserve some of the spirit of the holiday, even as they inspire a dancing frenzy. “We want to capture what’s nostalgic and fun about the holiday,” said Puotinen. “We’ve got snacks, an open bar, and techno dreidels. What says holiday party more than that?”