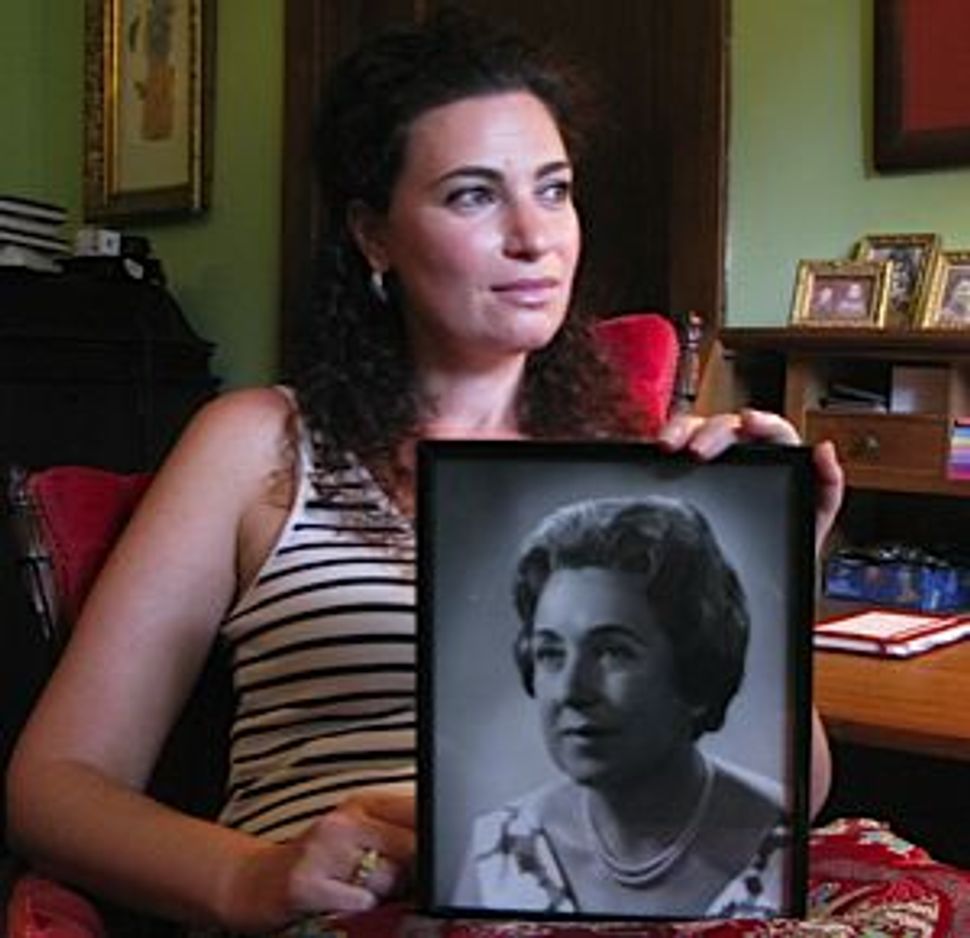 Naomi Jaye does not speak a word of Yiddish, but that is not stopping her from making the first contemporary Yiddish-language feature film in Canada, and only the second in North America.

The 38-year old writer, director and producer is busy with pre-production on “The Pin,” which will begin filming in March 2012 in Toronto and the Ontario countryside. It tells the story of an embittered elderly shomer (a person who watches over dead bodies until they are buried) who fatefully encounters the corpse of his long-lost first love, Leah. The story flashes back to when the shomer and Leah hid together in a barn in Lithuania, fighting for survival during World War II. By encountering Leah this final time, the shomer, after a lifetime of regret, is able to fulfill a promise he once made to her. Terrified of being buried alive, she had asked him to prick her hand with a pin when she died to make sure she was really dead.

The story comes partially from Jaye’s own family history. The flashbacks to the Holocaust were not directly inspired by her grandparents’ experience, as they were in England and South Africa at the time. However, her grandmother Leah Jaye, like the Leah in the film, had a fear of being buried alive and had asked the filmmaker’s father to prick her hand with a pin.

Uncompromising about authenticity, Jaye has insisted from the beginning that it be a foreign language film with subtitles. “I am so annoyed, for instance, when actors speak in British-accented English in films set in ancient Greece,” she told The Arty Semite. She had originally assumed that the scenes taking place in Lithuania would be played in Lithuanian, but then realized that these Jewish characters would have spoken Yiddish.

From that point on, Jaye brought on Gloria Brumer, who teaches Yiddish at York University, to translate the script into Yiddish, and local Yiddish teacher Ana Berman as a dialogue coach. The actors playing the young lovers were required to audition in Yiddish, having learned their lines from transliterations and audio recordings. They are now in intensive Yiddish lessons with Berman, leading up to the beginning of filming. Jaye has been interviewing and auditioning eldery Yiddish-speaking actors for the role of the shomer, and has found the process to be “rather emotional.”

She said that it has been “a huge challenge” to produce “The Pin,” which she characterizes as “an art-house, quiet, languid, poetic love story film.” A graduate of the Canadian Film Centre’s Directors’ Lab and a successful director of short films, Jaye has been able to secure funding from the Canada Council for the Arts and the Ontario Arts Council. Some Jewish foundations and private funders are also backing the project, and she launched an IndieGoGo campaign.

There is enthusiastic interest in the film among Yiddish institutions in the Canadian community, including the Dora Wasserman Yiddish Theatre in Montreal, and the Yiddish language and literature departments at York University and the University of Toronto. But the Yiddish piece has been a stumbling block in terms of getting broader support. “Industry people have had a hard time wrapping their head around the Yiddish,” Jaye said.

She is nonetheless determined to forge ahead with her vision. “It wouldn’t work in English,” she said adamantly. “Why water it down?”

Jaye feels that way about all her projects, most of which now deal with Jewish themes. She may have “dropped religion at 18,” and she, herself, may have not been raised in a Yiddish-speaking world, but she finds that “I can’t escape my genetic history. It bubbles up from my subconscious. I can’t get away from it.”