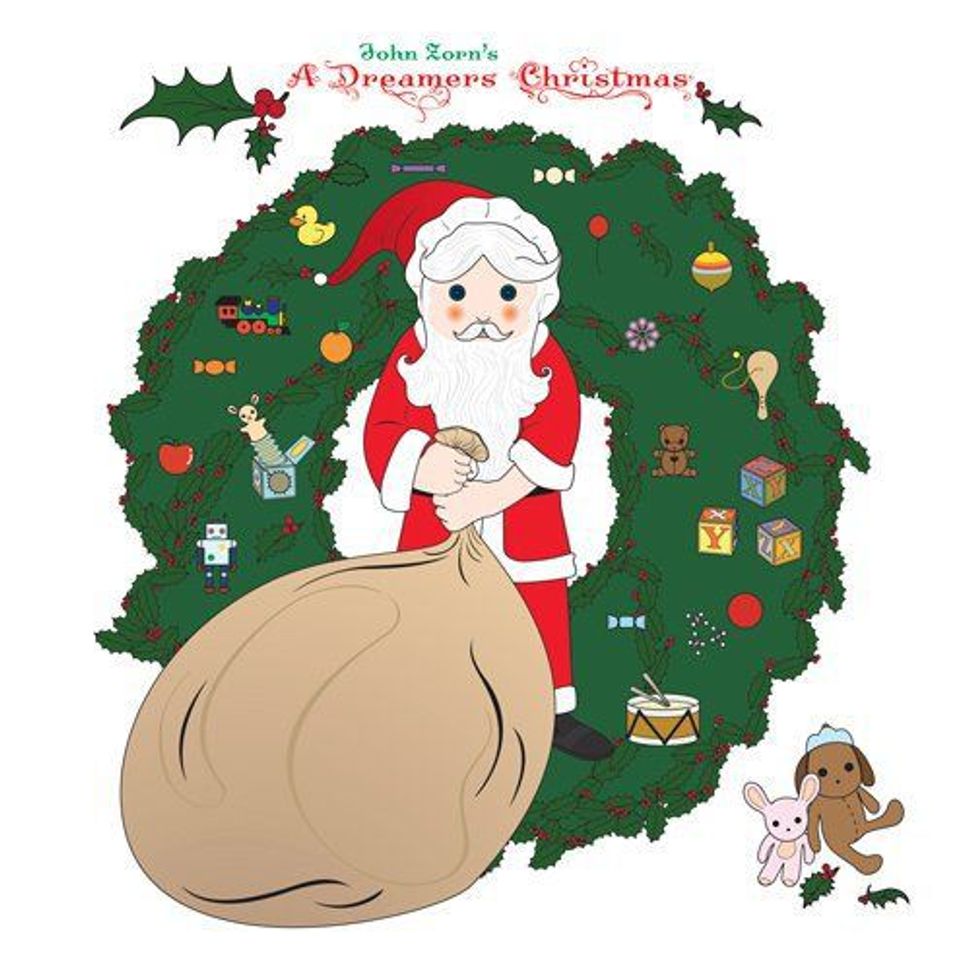 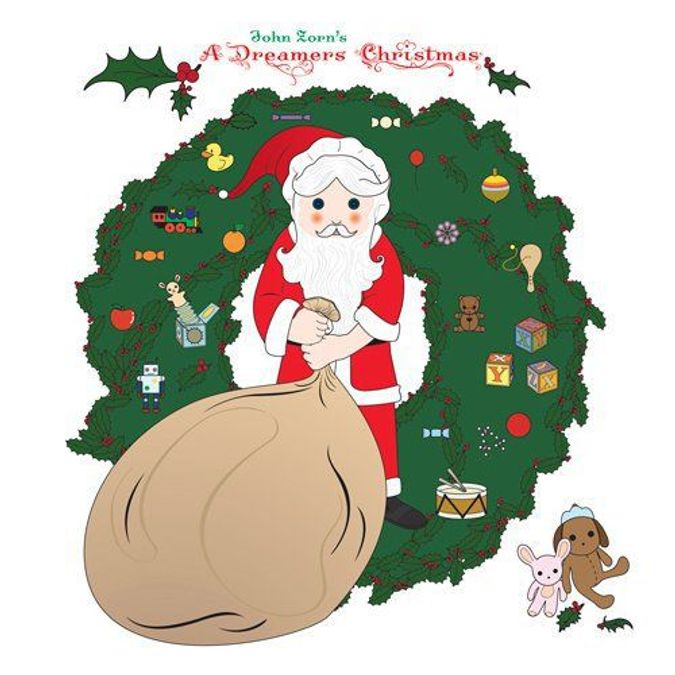 You might be tempted to over-think this album, with its cute and somewhat disturbing iconography, especially if you’ve come to expect music from Zorn more agitating than these lovely tracks. You shouldn’t. Zorn released this album through his own label, Tzadik, which puts out a steady stream of avant-garde recordings. And although he only served as producer and arranger here, this jazz album is as much Zorn’s brainchild as it is the Dreamers’, the band he assembled.

With Marc Ribot on guitar, Kenny Wollesen on vibraphone, Joey Baron on drums, Jamie Saft on keyboards, Trevor Dunn on bass and Cyro Baptista on percussion, the Dreamers play catchy, riff-based music that reflects a wide range of styles: surf-rock, lounge, exotica, blues and straight-ahead jazz. They do this with an appealing earnestness that works wonderfully on a Christmas album.

Occasionally, Zorn’s affinity for weirdness peeks through. Near the end of a cheerful rendition of “Let It Snow! Let It Snow! Let It Snow!” the Rhodes slithers in and out like a warped radio broadcast. At the beginning and end of “Santa Claus Is Coming to Town,” the childish strumming of an acoustic guitar and the disorderly banging on wood caused me to imagine a few elves sitting around quizzically experimenting with toys.

Aside from those moments, the Dreamers mainly swing, bouncily, sometimes to the accompaniment of harmonized bells. The first three tracks (covers of “Winter Wonderland,” “Snowfall” and “Christmas Time Is Here”) are as shimmeringly peaceful as a fresh coat of snow.

Most of this music is deliciously layered with the island twang of Ribot’s guitar, the luminescence of Wollesen’s vibraphone (and occasional glockenspiel) and the rhythmic shuffle of Baptista’s sleigh bells. If these songs were cookies, they’d be multi-colored macaroons.

Mike Patton joins in on “The Christmas Song” with his rich, baritone croon — a straight and beautiful take on a tune that has been covered countless times. Mel Tormé, a Jew, wrote the song with Bob Wells in 1944. In fact, five of the nine tracks on “A Dreamers Christmas” were written by Jews — two of them by Zorn himself.

Zorn’s Christmas offerings, “Santa’s Workshop” and “Magical Sleigh Ride,” do not possess the melodic power of, say, “Have Yourself A Merry Little Christmas,” also covered on this record. It’s unlikely that they’ll become sentimental standards. However, by producing this album and composing these songs, Zorn joins the pantheon of great, Jewish composers — Irving Berlin, Julie Styne, Jay Livingston — who contributed their talents to the Christmas songbook.