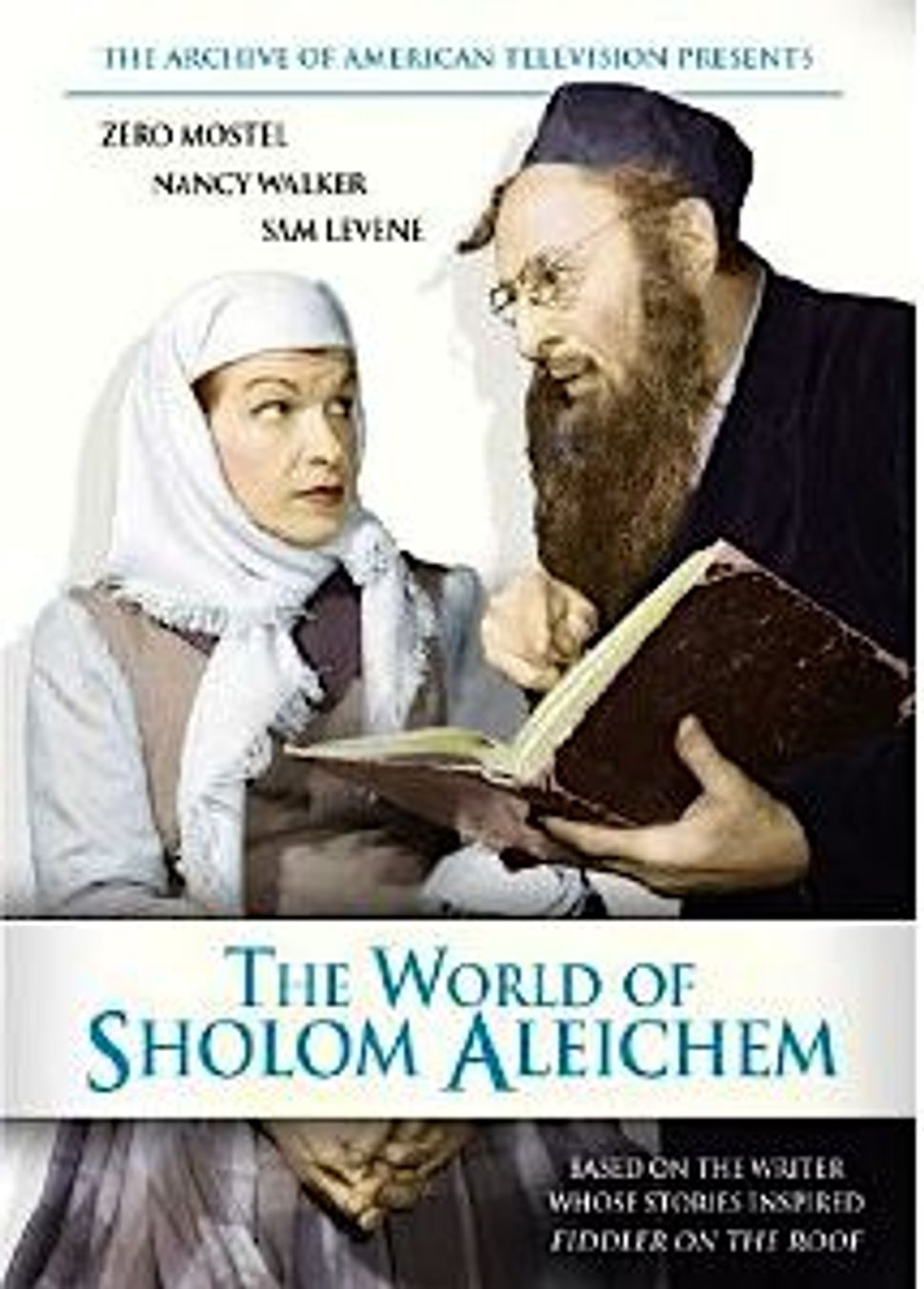 This history lesson is timely because the Academy of Television Arts & Science Foundation — a charitable arm of the Emmy Awards — is repackaging many of these old shows on DVD.

Two recent releases, “The Dybbuk” and “The World of Sholom Aleichem,” illustrate how much time has changed. Both were productions of “The Play of the Week,” aired in New York City on a commercial station that is now the local PBS outlet. And both featured large dollops of Jewish folklore, mythology and tradition, in a way that would never make it to the politically correct airwaves of today.

The DVDs are as much a memorial to the early days of television as the shows are to a by-gone era of Judaism. They seem to be kinescopes of the original programs and are not of the highest quality. But their homespun charm shines through.

“The Dybbuk” starred a 26-year-old Carol Lawrence, who originated the role of Maria in “West Side Story.” She joked at the time that she was the only one in the cast who didn’t speak Yiddish. That was a bit of an exaggeration, but not by much. “The Dybbuk” starred Theodore Bikel, among other European-born Jews, and was directed by Sidney Lumet. In his introduction to the play, Lumet, who was once a child actor in the Yiddish theater, notes that “The Dybbuk” was the first play he ever saw, when his father starred in the Second Avenue production.

In the story, Hannan (Michael Tolan) and Leah (Lawrence) were engaged to be married before they were born. Their fathers were poor students and close friends. But Hannan’s father is dead, Hannan has moved away, and Leah’s father (Bikel), now wealthy, forgets his youthful pledge.

But the moment Hannan returns he Leah realize they are meant for each other. When Hannan, who dabbles in kabbalah, learns she is betrothed to someone else, he dies and his spirit inhabits Leah’s body. The play is then centered on the rabbinical exorcism and the holy trial to find justice for all.

“The World of Sholom Aleichem” is based on two short stories by Sholom Aleichem and another by I.L. Peretz, starring, among others, Gertrude Berg, Nancy Walker and a young Lee Grant.

In many ways, the politics of this play were as interesting as the play itself. Many of the actors, including Zero Mostel, Jack Gilford and Morris Carnovsky were blacklisted, and most of the rest were left-leaning. The play and even the critics who praised it were excoriated by McCarthyites.

The most moving of the three episodes is the last, “The High School,” which is about the lengths parents will go for their children. It stars Berg as a mother willing to do all and spend all to get her son into a restricted gymnasium.

Viewers of a certain age who remember television of the time will look back fondly at these shows. The sets were primitive by current standards, the stories less complex, but it was a time when it was okay to show moving Jewish rituals on television.