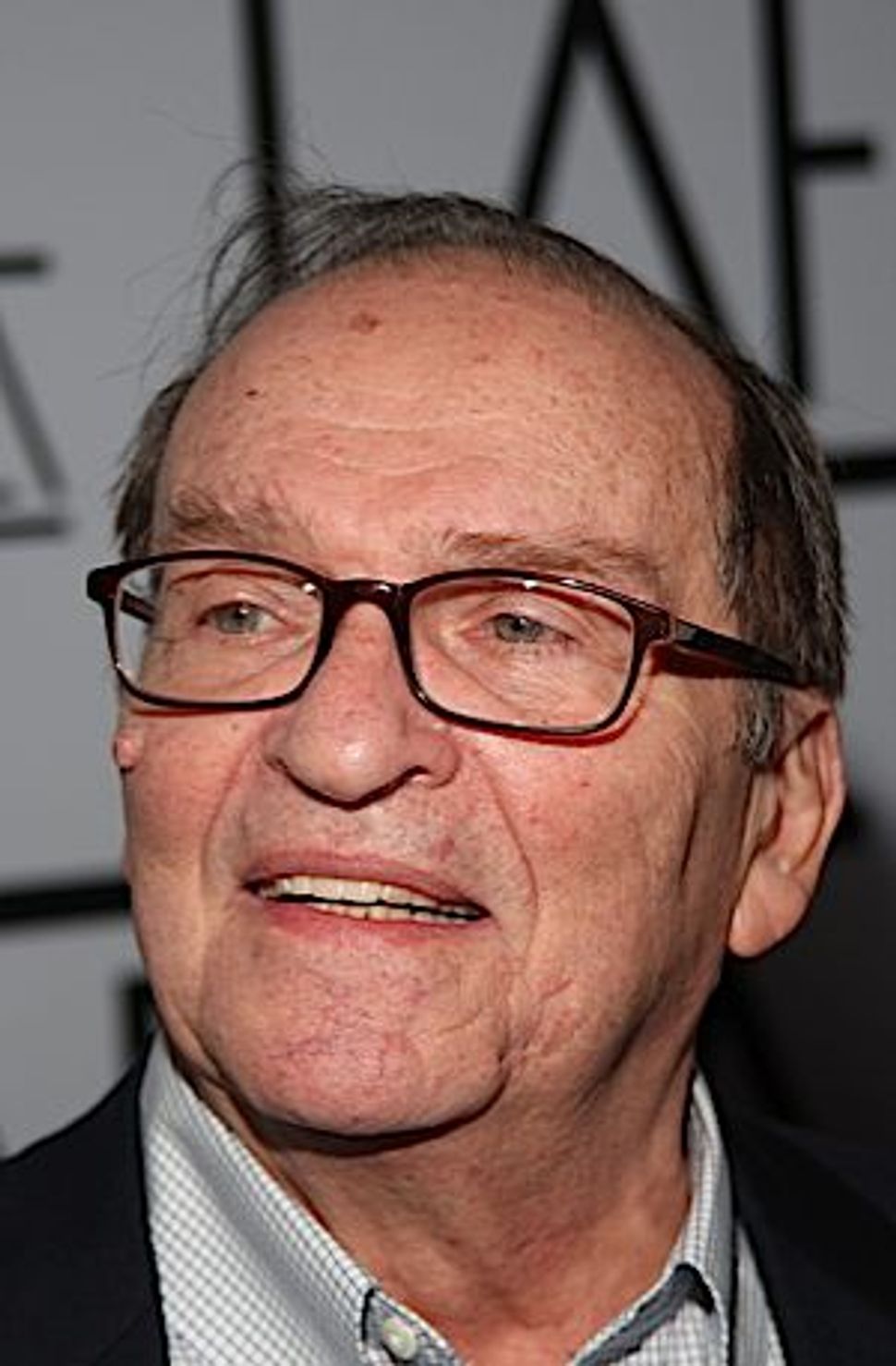 Best known for taut psychodramas such as “Serpico” (1973), “Dog Day Afternoon” (1975), “Network” (1976) and “The Verdict” (1982), Lumet’s work demonstrated an enduring interest in social realism and the difficulty of obtaining justice, a concern he attributed to his Jewish upbringing.

“The Jewish ethic is stern, unforgiving, preaching, moralistic. And I guess it starts you thinking like that at an early age,” he told film scholar Gordon Gow in a 1975 interview.

Lumet also adapted many well-known works of theater for the screen, including Eugene O’Neill’s “Long Day’s Journey into Night,” Arthur Miller’s “A View from the Bridge,” and Tennessee Williams’s “Orpheus Descending” as “The Fugitive Kind.”

Lumet was born on July 25, 1924 in Philadelpha, Penn., to dancer Eugenia Wermus and Baruch Lumet, a Yiddish actor, director, producer and writer who had performed with the acclaimed Vilna Troupe in Europe. Lumet’s parents introduced him to theater at a child, and he appeared at age 5 in Maurice Schwartz’s Yiddish Art Theatre in New York, where his family had moved.

After serving as a radar repairman in Burma and India during World War II, Lumet began an acting career in plays such as Ben Hecht’s “A Flag is Born” (in which he replaced Marlon Brando), which addressed the need for a Jewish State in Palestine, and “Seeds in the Wind,” about a group of children who escape a Nazi massacre and attempt to start a utopian community.

Lumet’s acting career soon gave way to directing, and after moving from theater to television he made his film debut in 1957 with the classic drama “12 Angry Men.”

Like Woody Allen, Lumet was strongly associated with New York City, which he used as the setting for many of his films. Unlike Allen’s middle class sensibility, however, Lumet tended to show New York’s gritter side. In part, Lumet’s portrayal of the city was informed by his experience growing up as the son of Jewish immigrants. As he told New York Magazine in a 2007 interview, “Growing up Jewish — I lived in every borough but Staten Island — if I walked a few blocks one way or another into another neighborhood, I got beat up. So you learn to pay attention.”

Lumet’s films drew on Jewish influences in other ways, as well. As David Desser and Lester D. Friedman point out in their 1993 study, “American-Jewish Filmmakers,” one of the central themes running thorugh Lumet’s work is the Judaic injunction to remember. Several of his films, they contend, are akin to “celluloid Haggadahs.”

Many of Lumet’s movies also addressed explicitly Jewish characters and themes, most notably “The Pawnbroker” (1965), whose main character, Sol Nazerman (played by Rod Steiger), is a Holocaust survivor and the operator of a Harlem pawnshop. Though some accused the film of promoting anti-Semitic stereotypes, it was one of the first movies to address the psychological impact of the Holocaust and to bring Jewish concerns to a wide audience.

Lumet’s other Jewish-themed films include “Bye, Bye Braverman” (1968) about a group of New York Jewish intellectuals who gather to mourn a dead colleague, “Daniel” (1983), about the Julius and Ethel Rosenberg espionage case, and “A Stranger Among Us” (1992), about New York’s Hasidic community.

Though Lumet received four Academy Award nominations for Best Director, he was given an Oscar only with a Lifetime Achievement award in 2005. His last film was “Before the Devil Knows You’re Dead” in 2007, starring Philip Seymour Hoffman and Ethan Hawke as brothers who conspire to rob their parents’ jewellery store.

Lumet is survived by his wife, Mary Gimbel, as well as by two daughters, two stepchildren, nine grandchildren and a great-grandson.