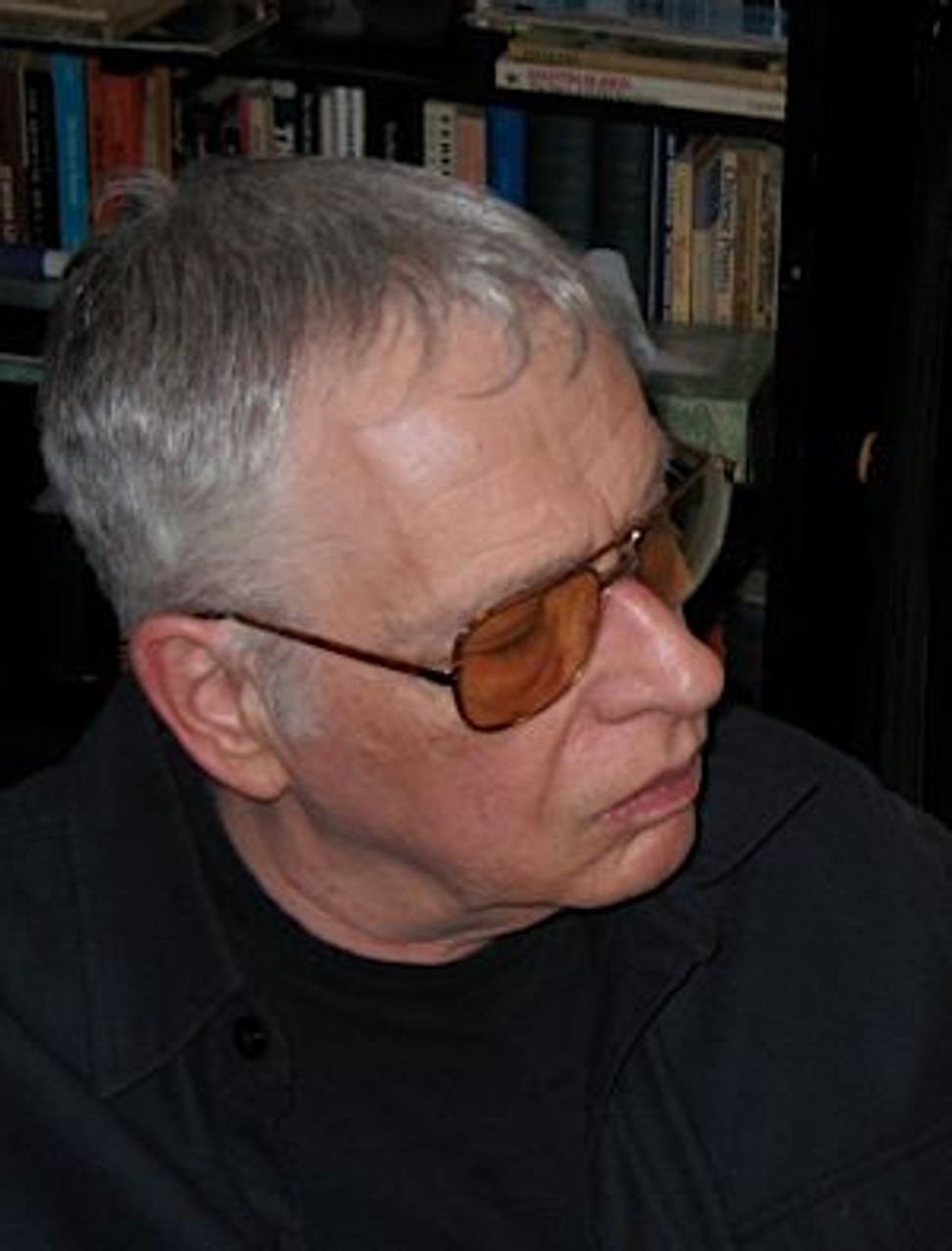 Image by Courtesy of Ivan Klein

One of the most compelling themes, and even triggers, in contemporary Jewish poetic discourse is the question of otherness — our own otherness.

There’s no better time to contemplate this idea than during the winter holidays, when cultural differences come into stark relief and questions of identity resurface, as do millennia-old grudges and dilemmas.

Ivan Klein, who was previously featured on The Arty Semite about a year ago, is here again with a brand new piece, “Christmas Note.” Combining prose poetry with expository writing, reminiscing and rambling, Klein’s style is unique. In a way, it is a conversation with his higher self, and we’re lucky to listen in.

I used to believe in Santa Claus, like a lot of Jewish kids. Once during a snowstorm in my pre-historic past, I even thought I saw his sleigh flash by late Christmas Eve on Georgia Avenue in East New York, Brooklyn, about the least likely place for a run by Santa that I can think of now, with the perspective of decaying adulthood. And in the living room of our three-room apartment, which also served as my bedroom, my gifts would be on the floor (no tree mind you) when I woke up. A basketball and Joe Palooka boxing gloves and once a red and blue kids record player and a record by Betty Hutton that I think had something to do with Santa as well.

My Mother took me on the rounds of the department stores that all had Santas, and I conveyed my wishes to the Macy’s Santa who, she clarified, was the real one.

When I was 6 years old, I was going up the staircase at P.S. 174 when some tough-minded better-informed individual named Seymour let me know there was no Santa Claus, although I chose not to believe him at the time.

I don’t remember when the belief melted away, and I don’t know why exactly my parents, in the midst of the working class Jewish ghetto of East New York-Brownsville, perpetuated that one particular Christian legend for me and no other.

No tree, for sure no Jesus, no nothing but Santa, and writing this of course I know — they didn’t wish to deprive me and were caught in a no man’s land between the immigrant observance of their parents and the call of American culture or what they took to be a call or a tug or a threat not to be excluded yet again in this new land.

I turned against Santa a long time ago and raised my three children without him and with the bare bones alternative of Hanukkah. When I was in my 30s and the kids were young, I always seemed to be doing acid around the New Year, and there was always a bloated, red plaster Santa downstairs in the hallway that I came to perceive in a more or less sinister light. — No friend of mine nor my family. — A grotesquely false front on the insincere and inauthentic promise of Christian benevolence.

That is how I felt, and that is what I saw.

Two Anecdotes By Way Of Proving Nothing

I give serious thought to these two cases, understood as representative of a vast body of Christian feeling and tell myself in no way to be blinded or seduced by the featherbed of good spirit being retailed this time of year. Also caution myself under no circumstance to close my heart to decent manifestations of the human spirit whenever and wherever I stumble upon them.

But truly nothing is more useless and pathetic than the effort to embrace what you can’t wrap your arms around — which finds in your approach just another example of your race’s loathsome unconsciousness as to its real place in the scheme of things.