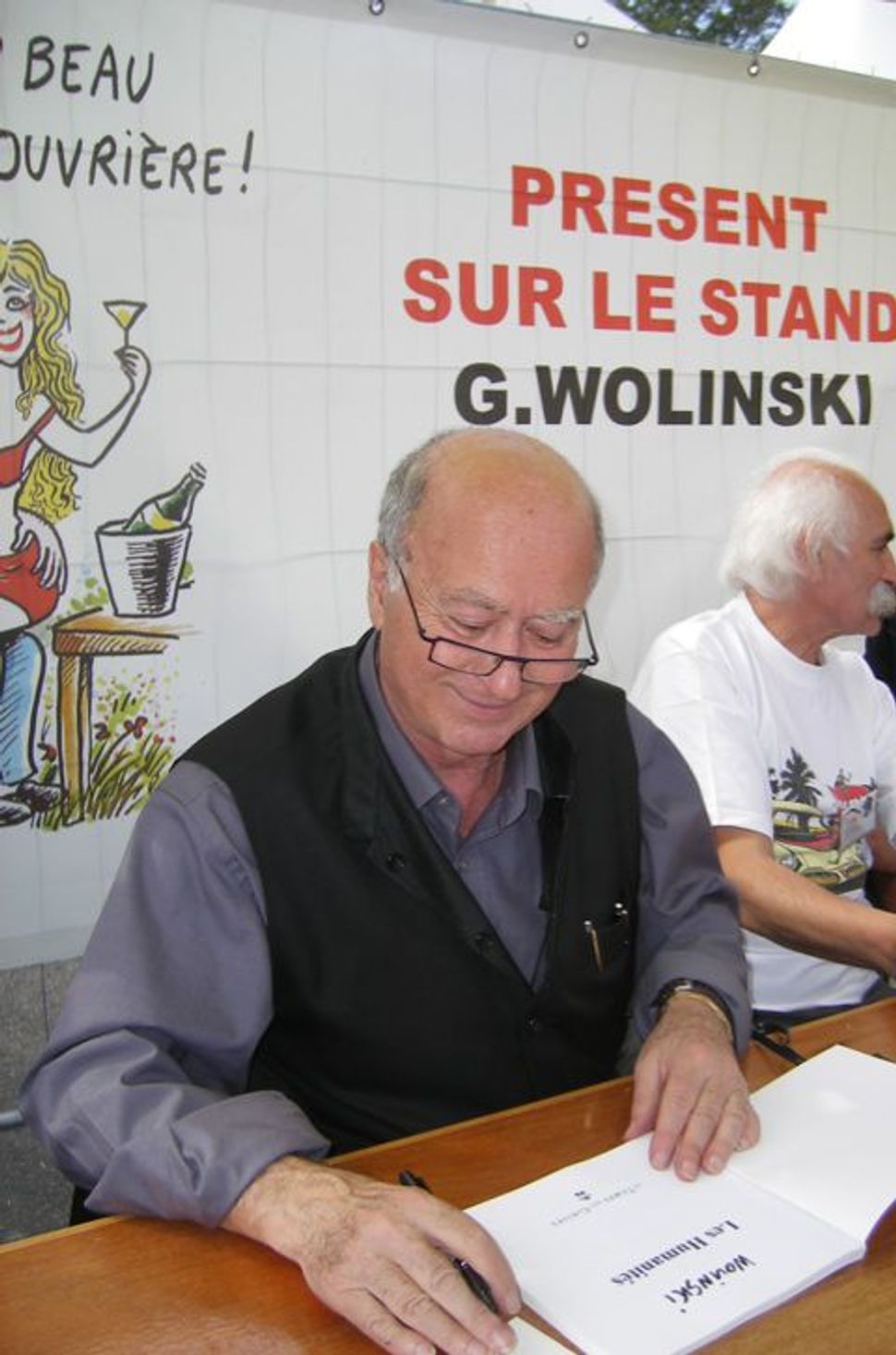 A memoir by his wife Maryse Wolinski out earlier this year from Les éditions du Seuil mulls over how Yiddishkeit has inspired her husband’s achievements. Entitled “George, If You Only Knew,” (Georges, si tu savais), her account traces how Wolinski was born in Tunis to Lola Bembaron, a Tunisian Jew, and Siegfried Wolinski, a Polish Jew. The latter, fleeing Europe’s pogroms, settled in Tunisia to open a wrought iron manufacturing business. In 1936 Siegfried Wolinski would be murdered by a disgruntled ex-employee, and although Georges was only a toddler at the time, he tells his wife today: “The ghost of my father has haunted me all my life.”

Wolinski would soon become a friend and colleague of Topor in the pages of “Hara-Kiri” and subsequent publications. He also never abandoned his Jewish identity, providing knowing drawings for the French version of Dan Greenburg’s 1965 international bestseller, “How to be a Jewish Mother: a very lovely training manual.” Whatever the French-language version, “Comment devenir une mère juive en dix leçons,” from Les éditions Seghers may have lost in translation, it gained immeasurably by the witty visual inspirations of Wolinski.

More recently, Wolinski collaborated on a 2007 book with the Algerian-born French attorney Pierre-Philippe Barkats, “Thanks, Hanukkah Harry” in which the title hero valiantly faces down climate change and other ecological crises. Earlier this year, The University of Melbourne hosted a tribute exhibit devoted to his early inspiration, Topor, and Wolinski himself has also become something of a modern-day classic.