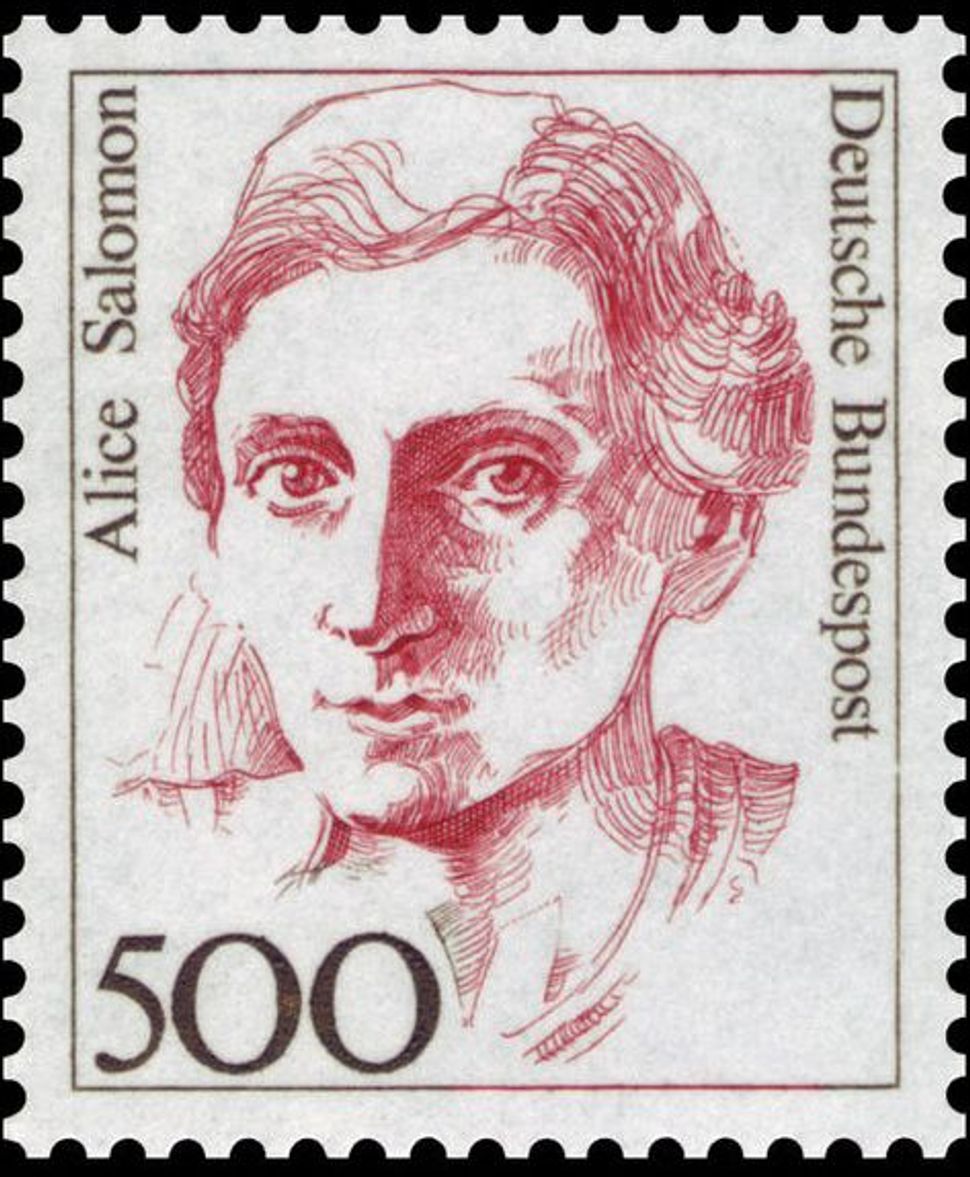 Alice Salomon, born in 1872 in Berlin to an assimilated Jewish family, was one of the great pioneers of modern social work, called during her lifetime “The Jane Addams of Germany,” referring to the saintly American founder of Chicago’s Hull House. After writing a turn-of-the-century doctoral dissertation on why women are paid lower salaries than men for equivalent work, Salamon labored to open the field of social work to women and trained generations of workers, including many Jews.

Salomon’s parents sent her to a Protestant girls’ school although her mother told a young Alice who wanted to celebrate Christmas with classmates: “Jesus wasn’t born for you.” Still, during enforced exile in Ireland during World War I — she was trapped in that country when war broke out — Salomon converted to Protestantism, apparently in gratitude to her generous, if involuntary, hosts. As readers of “Character Is Destiny: The Autobiography of Alice Salomon” out from University of Michigan Press in 2004, and the new “The Concept of the Social in the Work of Alice Salomon”, published in July by Metropol Verlag realize, Salomon was always inspired by her Yiddishkeit.

In the latter book, Adriane Feustel, head of Berlin’s Alice-Salomon-Archiv, explains that Tzedakah (often translated as “charity” but whose meaning is closer to “justice”) was a fundamental motivation for Salomon, whose conversion “was by no means a rejection of Judaism in principle.” This became especially evident in 1933 when Salomon dissolved the Academy for Social and Educational Women‘s Work which she had founded rather than fire its Jewish director and other Jewish staffers in obedience to Nazi racial law.

In 1937 Salomon was forced into exile after a Gestapo interrogation which she noted down safely after arriving in England on the way to lifelong exile in America. Describing the method and manner of this interrogation, the 65-year-old Salomon observes that she made the interrogator say “point blank” that she had to “emigrate so as to avoid being sent to a Schooling Camp (New name for Concentration Camp).” Salomon added:

All over the centuries the Jews were persecuted…. During all my life I have tried to help others who were depressed or in trouble. I know that others will stand by me.

By the war’s end, elderly and in poor health, she wrote from Manhattan to surviving German friends about the fates of former colleagues, noting that “Anna Misch was likely deported to Auschwitz, which means the gas chamber.” To which she added in English, which had become for Salomon the language of compassion, “Poor thing.”

Watch Adriane Feustel speak in 2009 about the Alice-Salomon-Archiv during a visit to Chicago.