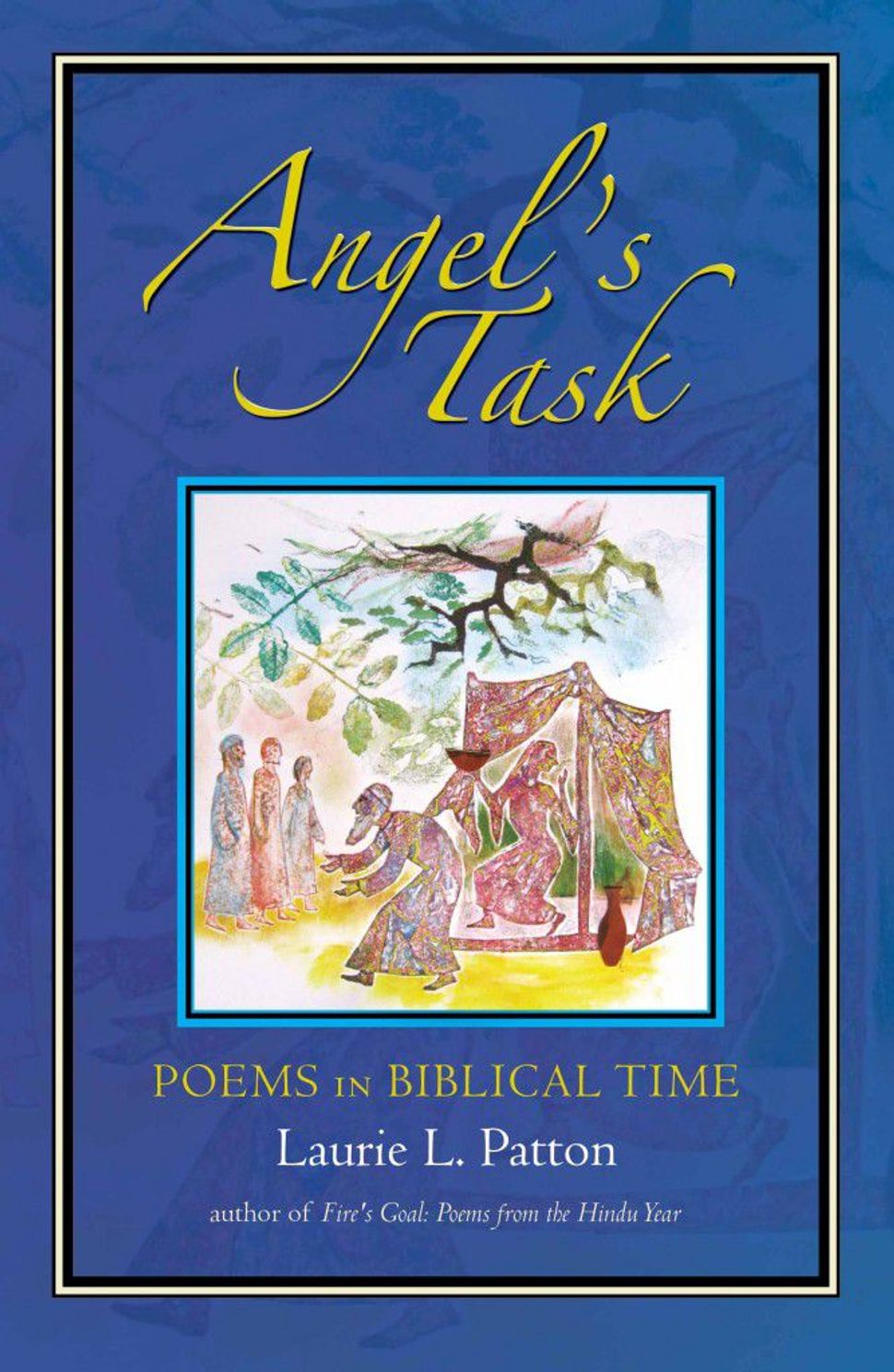 Across the centuries, Jewish hermeneutists — interpreters of the holy texts — have had radically different agendas: illuminating and whitewashing, edifying and indoctrinating. A poetic impulse, if not outright poetry, was occasionally part of the picture, too. And how could it not? Dealing with poetic texts of our national and religious mythos, imaginative responses only seemed natural.

“Shemot” is a riff, a meditation on the theme of names and naming, that builds up, like a musical composition, resulting in a mighty metaphysical insight. “Vayechi,” referring to last week’s parsha, is more in the tradition of the dvar Torah — a miniature hermeneutic sermon. Connecting a personal story with the textual insight, it is a profound psychological commentary of the biblical figure of Joseph, and the bearing this figure has on the national Jewish consciousness.

“Shemot” was originally published as “Drawn Out” in Studio One, St. John’s University Journal of the Arts.

And Joseph took an oath of the children of Israel, saying, remember you, and you shall carry up my bones from hence. So Joseph died, being a hundred and ten years old. And hey embalmed him, and he was put in a coffin in Egypt. — Genesis 50:25-26

Uncle Sid bought the plot
for himself and Aunt Louise,
and kept the deed
in a mahogany case
for fifty years;

And famous explorers
lie with their family
tucked in white marble,
solid as Mars.

Our bones don’t move.
We can hardly imagine them
in the ground,
never mind
dug up again,
lifted by a loving hand
toward the place
we should be buried.

How could Joseph imagine,
even at the moment
of his death,
that he would not rest,
even then?

What final dream
is this to interpret —
this dream of bones
clattering toward Zion?

And the child grew, and she brought him to the Pharaoh’s daughter, and he became her son. And she called his name “Moses,” and said: “Because I drew him out of the water.” (min ha maim m’shitiho.) — Exodus 2.10-12

What if our names
were not just reminders
of our bodies,
snapshots of flesh
and color —
John Smith at ten,
holding the dog;
John Smith at seventeen,
with girlfriend?

What if our names
were remembrances
of the places
where our souls
were drawn out
into the world?

So we might say:
the great metalworker
who comes from God
at ten, holding the dog;

the great metalworker
who comes from God
at seventeen,
with girlfriend.

Then John Smith
is always
bringing forth iron
from the earth
in God’s presence.

Then Moses is
is always
being plucked
by God
from the muddy wavelets.

What if a name
was a memory
of that first struggle
when three shapes —
wet body,
wet earth,
and God —
were becoming one?