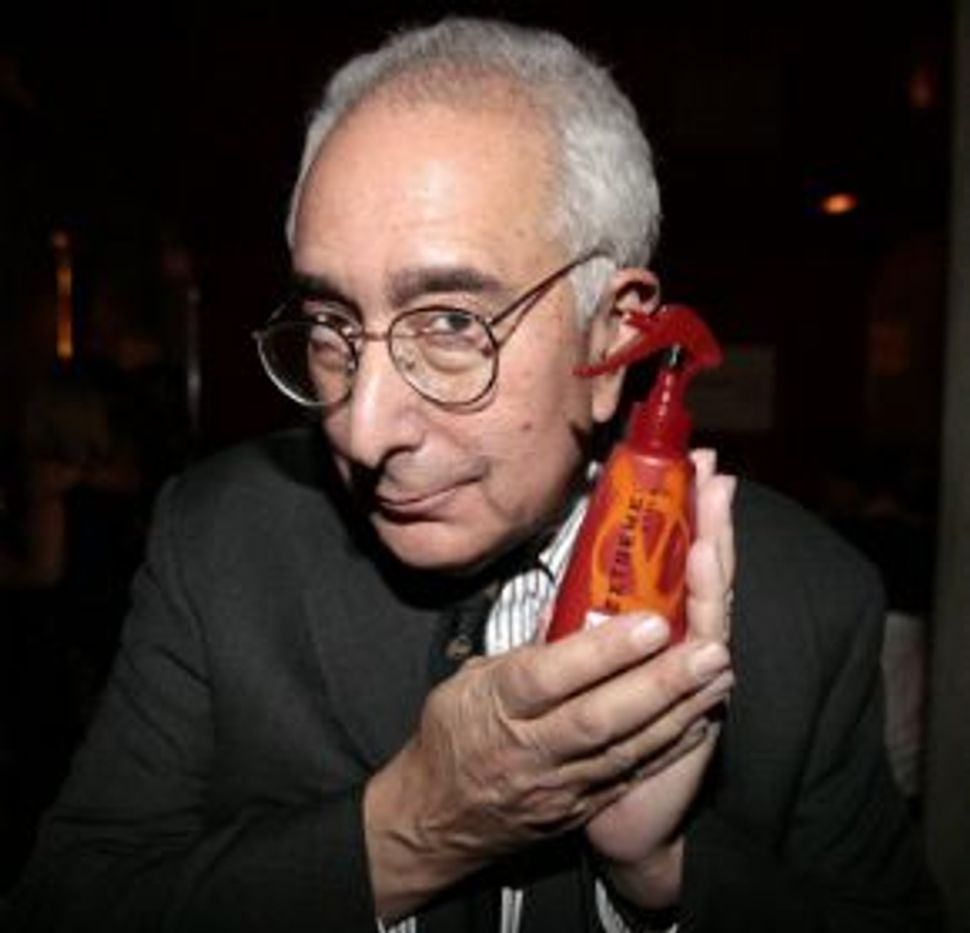 The Shmooze had no idea that not believing that climate change is caused by humans constitutes a religion. It’s not at all clear that it really does, but that’s what actor, writer and commentator Ben Stein would have us believe.

In response to Kyocera Corp’s backing out of an agreement to hire him to star in commercials for its printers, Stein is suing the company and its advertising agency, Seiter & Miller, for breach of contract, breach of good faith and fair dealing, wrongful discharge for political expression…and illegal religious discrimination.

Apparently, all was fine and dandy until Kyocera did a little online research and realized that Stein is a staunch global warming denier. The company became concerned that Stein’s views were not “sufficiently conventional and politically correct for Kyocera,” and indicated through the ad agency that it wanted to back away from its $300,000 offer to Stein. Stein responded that he had understood that everything was a done deal, and that to his mind, hocking printers had nothing to do with climate change. He also warned that “it was a matter of his religious beliefs that God and not man controlled the weather.”

Stein’s playing the God card had no effect on Kyocera, and it officially withdrew its offer to him in February 2011.

It’s not entirely clear that it was the whole climate-change-denier thing in and of itself that got Stein mad enough to sue. It could have been the fact that Kyocera went ahead anyway with the commercials, hiring a Ben Stein look-a-like dressed in sports jacket, tie and glasses, that really put him over the edge.