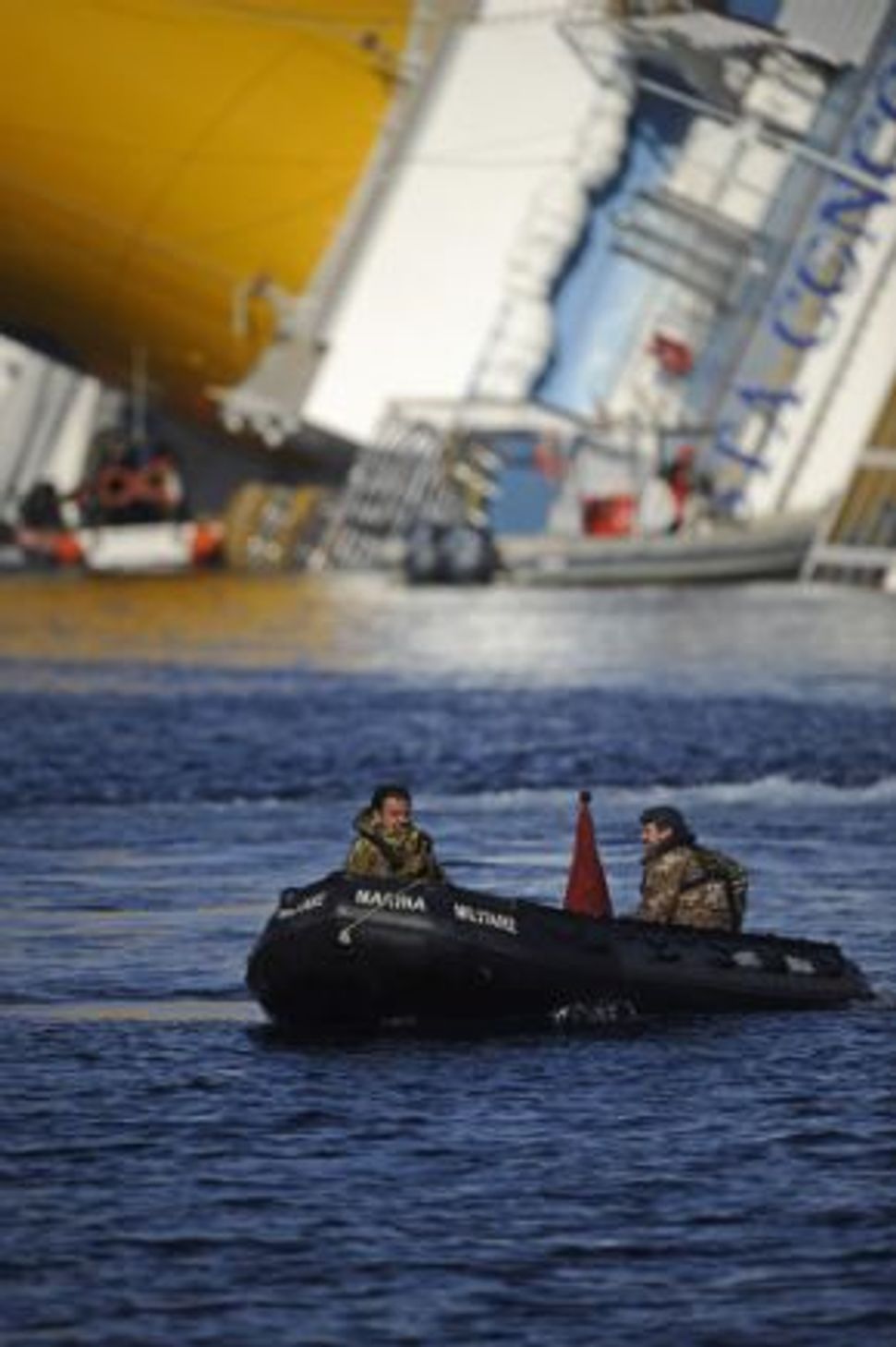 British newlyweds Ian and Janice Donoff sponsored a kiddush last Shabbat at London’s Stanmore Synagogue — but not for one of the usual reasons, like a bar mitzvah, aufruf, baby naming or birthday. Their celebration was to give thanks for surviving the recent Costa Concordia shipwreck off the coast of Italy.

As the couple was finishing their Shabbat dinner on January 13, they heard a loud crunching sound and the ship’s lights went out. Mr. Donoff, 62, told the Jewish Chronicle that when the ship came to a halt, they realized that something was wrong. “We decided something was amiss and that we should dress warmly,” he said. “We saw people were wearing life-jackets, so we took our passports and I stuffed my siddur and tefillin into my pocket.”

Mrs. Donoff, 59, reported that the scene aboard the sinking ship was chaotic. At 4:30 a.m., she and her husband were finally able to climb up a ladder to a porthole, from which they dropped down by rope into a coastguard boat. In the chaos, Mrs. Donoff lost a shoe and her lifejacket, and Mr. Donoff’s tefillin fell out of his pocket, but he somehow managed to pick them up.

The couple is critical of the way Costa Cruises handled the situation and its lack of help in getting them and the other survivors home. Nevertheless, the Donoffs are just happy to be alive and to have been able to call their children in Britain, Israel and the U.S. after their successful evacuation to let them know they were all right.

The newlyweds were probably not planning to host a kiddush so soon after their wedding, but they have found themselves in unique circumstances for which they are extremely grateful. “We were just so happy to be alive. On more than one occasion, we thought we wouldn’t get through this,” Mrs. Donoff said. “When you get married later in life you don’t know how long you’ll have together. But we didn’t think we’d only have 11 days.”