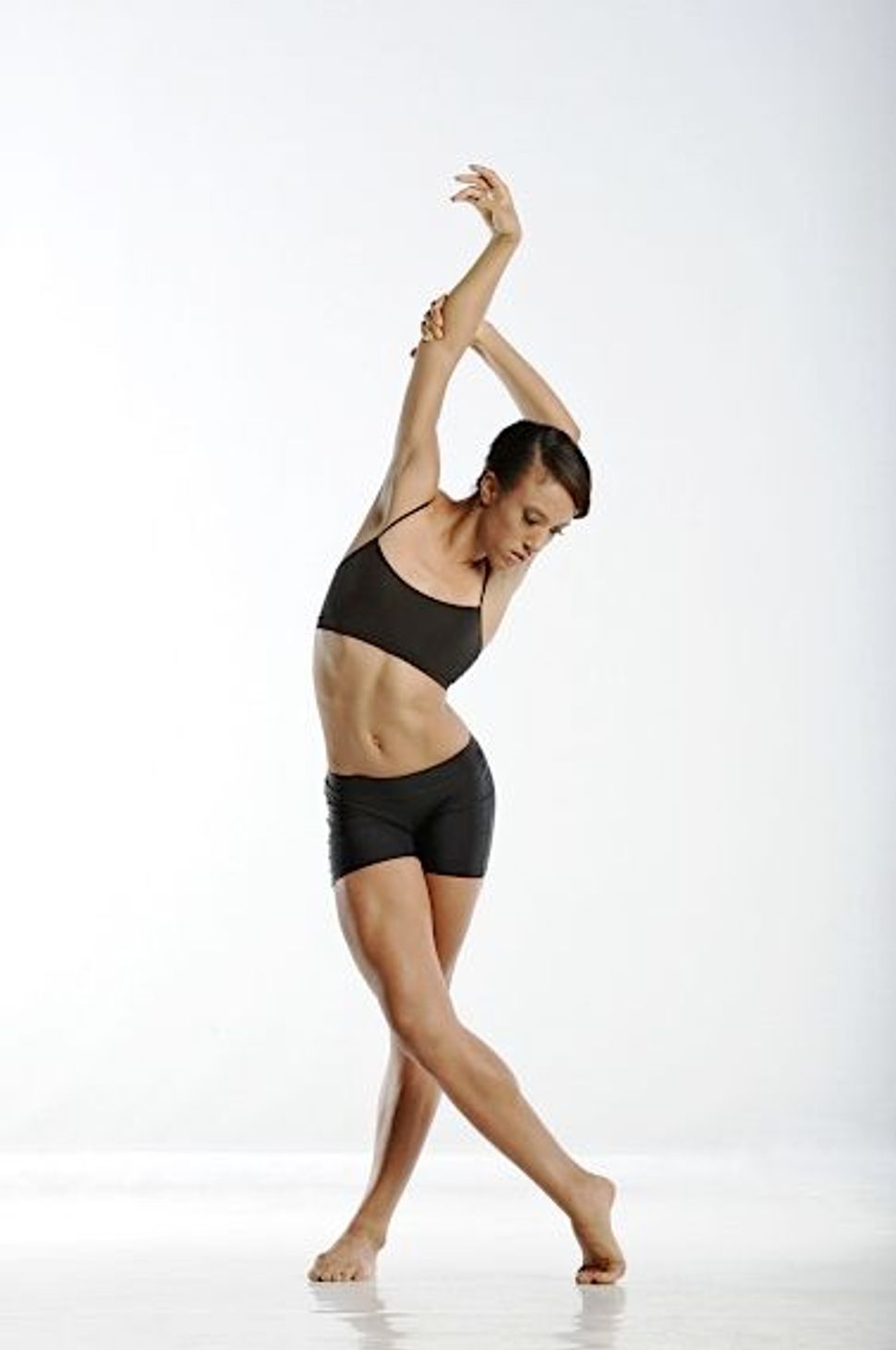 This past year, Adams took a workshop in Tel Aviv with Naharin, artistic director of Batsheva Dance Company and creator of a dance language called Gaga. The experience “transformed” her — so much so that she decided to make aliyah to pursue her dance career. Engel-Adams spoke to The Arty Semite about dance, Israel and growing up as a biracial Jew.

Laurie Kamens: What is “Gaga”?

Brittany Engel-Adams: Gaga is improv based. The instructor [says], “Imagine your bones are floating in your flesh,” or, “Sense something with your skin.” It heightens your senses and allows you to create movement that comes from within. There are no mirrors in the class. You cannot close your eyes; you are constantly aware of yourself and your environment. Also, we’re never shaped by gravity, so you are constantly moving through space, always kind of floating. Instead of making shapes it’s about the energy, the waves that move the form.

After taking the Gaga workshop in Tel Aviv, what was it that you enjoyed about the technique?

It’s like learning a new language and I felt like it’s a language I was supposed to speak. I was there for two weeks during his workshop and it became very clear that this is something I wanted to do, just an innate feeling of this feels right, so that’s what gave me the initiative to move to Israel.

During your first trip to Israel, what was it about the country that moved you?

It was just the energy. It was just this feeling when I arrived in the country, I felt almost at peace. I remember the first day we got there I sat on the beach for 6 hours just smiling. I felt at home.

Also, seeing Jews who don’t necessarily look like your prototype of a Jewish person, it really transformed my mindset. I remember coming back to New York and feeling like I needed to see that just in order for me to grow and get over my insecurities about not feeling accepted and not really feeling like I belonged to any sort of group or category. I’m Jewish and I don’t have to look Jewish, it’s just who I am.

My mother is Jewish and my bubbe on my mother’s side, her father was a rabbi and she grew up in an Orthodox household. My bubbe’s oldest brother, Emmanuel Rackman, was a rabbi in Far Rockaway [In Queens] and at the Fifth Avenue Synagogue [In Manhattan].

My mother brought us to gymnastics at a young age and it was always very serious training so she had to choose between Hebrew school and gymnastics. She wanted to push us into gymnastics, but I always was intrigued by the Jewish religion. It was always something that was a question in my mind and I wanted to know more about this thing that’s part of me.

What are your plans when you move to Israel?

In Tel Aviv and in Israel in general the dance scene is different than any other place in the world. I’m not moving to Israel because I want to dance with Batsheva and that’s the only thing I want to do, but it’s being in this environment to be inspired. Dancers in Israel are creating, and there’s definitely an openness, a selflessness… less of these false layers that a lot of us put up and more working from a really internal place, and I really need to be surrounded by that. Batsheva is something I would love to do, but I know going [to Israel] I will find my way. It will take me somewhere, and it’s the direction I want to go.