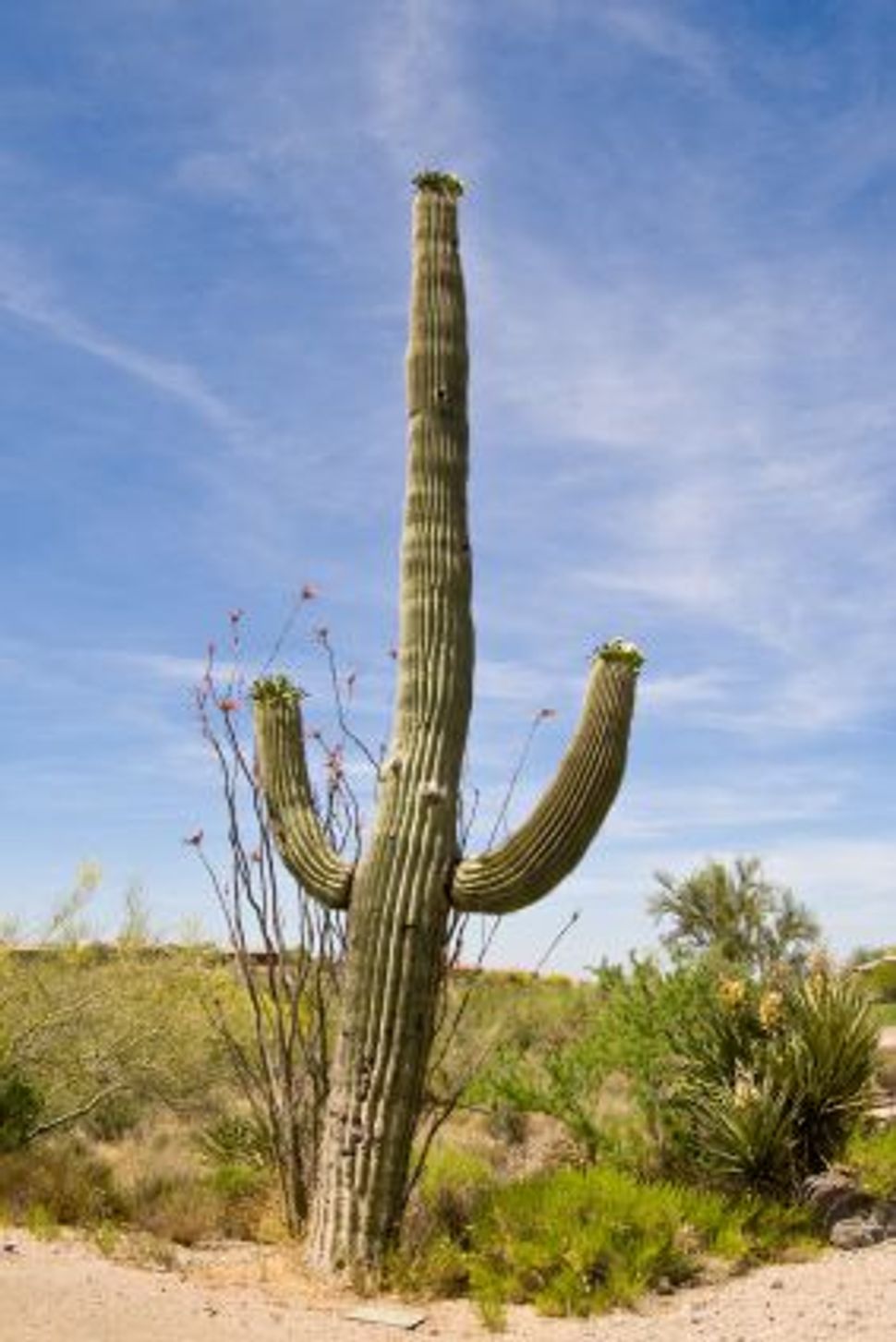 They’re big, funny and cute. But two popular Israeli mascots are going to be facing off in court.

Kishkashta is a jolly singing cactus seen on Israeli Educational Television. You can sneak a look at him here, on YouTube. Now, take a peek at the Israel Olympic Committee’s mascot, Shpitzik, here.

There’s a similarity between the 35-year-old Kishkashta and the younger Shpitzik. Both are prickly, and resemble the sabra, the fruit that is a symbol of Israel. But the Israel Olympic Committee says that the similarity is too striking — and therefore Shpitzik should be pulled. According to the Jerusalem, Post when Israeli Educational Television saw Shpitzik it asked the Olympic committee to use Kishkashta instead.

When the committee didn’t comply, it petitioned the court, insisting: “Kishkashta is the intellectual property of Educational Television, and as such enjoys copyright and trademark protection.” Anyone else think that in the spirit of the Olympics the two characters should decide the dispute with a contest? There’s fencing at the games, remember.