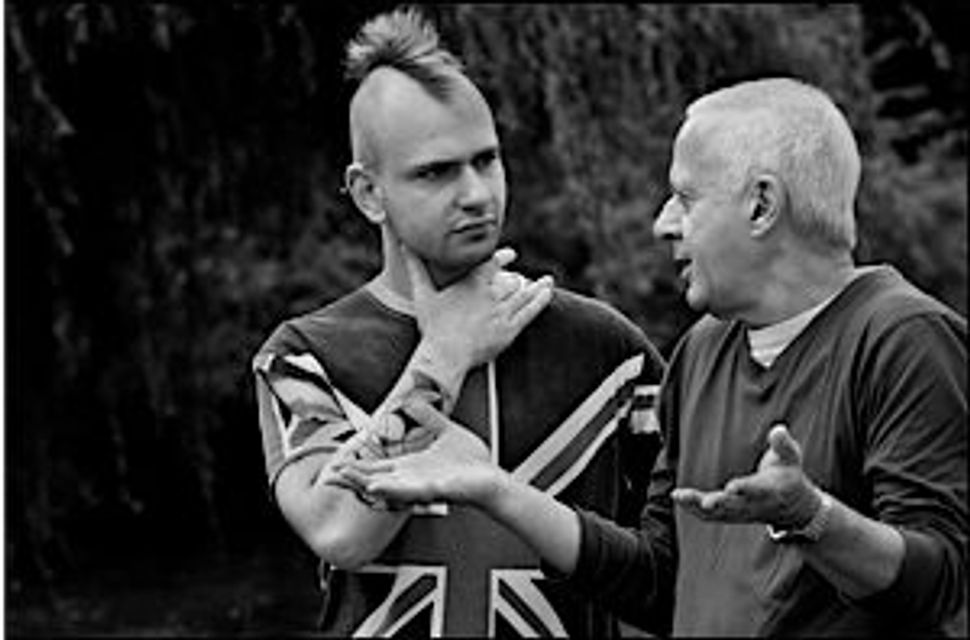 “What does it mean to be British and Jewish in this century?” That’s the question that photojournalist Judah Passow asked himself when formulating the guiding principles for “No Place Like Home,” his photographic exhibition that opened at the Jewish Museum London on February 1. 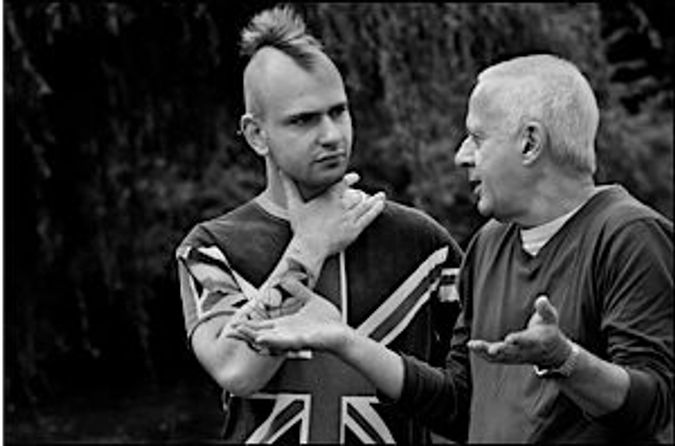 A winner of four World Press Photo awards, Passow was born in Israel of American parentage. He has lived in the U.K. for 30 years, yet he rarely takes photographs in England. Instead, his work has taken him to many of the world’s conflict zones.

But after completing “Shattered Dreams,” a collection of 25 years of newspaper and magazine coverage of the Israeli-Palestinian conflict, published in 2008, Passow decided to “take a look at where I live.”

“I kept refining the notion of community, then it finally distilled itself down to why don’t I examine the community that I am a part of: the Jewish community,” he said.

The result of Passow’s yearlong study is a collective portrait of British Jewish life that captures the diversity of the community as well as its shared heritage and values. His hope is that the exhibition will “create a conversation…get different communities within the community talking.”

From a punk clad in a Union Jack T-shirt listening intently to a middle-aged man at a klezmer festival, to a prisoner in Wandsworth Prison in London, each of the 99 black-and-white images convey a Jewish narrative. Some are intimate, others celebratory, humorous or mundane, but each one leaves the viewer keen to know more about the story that lies behind the picture.

Sitting over coffee in the museum’s bustling café, Passow explained how meticulous research and an exercise in networking led him to create his pictures. He described “setting up a network of informants” using the Jewish Chronicle yearbook, which lists all of the Jewish organizations in the U.K., and friends who were from different parts of the country. They let him know what events were happening in their cities, and one contact led to another. He travelled extensively, visiting 14 towns and cities, with the trips structured mainly around the major Jewish holidays.

Despite the extensive access Passow received, there were two significant challenges. The first was locating a Jewish soldier. The Ministry of Defense had agreed to the proposal but it took them a year to respond. In fact, it is the last picture that Passow took for the project.

The second difficulty was getting a picture from the ultra-Orthodox Gateshead Talmudical College, the largest yeshiva in Europe. The College did not want to let him in. The picture that Passow finally took — the expressive hands of a young Talmud scholar in study — was taken at another yeshiva.

There are no celebrity faces or major communal figures featured, which is deliberate. “This is not what this is about,” Passow said. “It’s about us.” Although he agrees that some pictures, particularly of the ultra-Orthodox, could have been taken anywhere, there are many that make the series quintessentially British: the Scottish man holding his tartan kippa on Jewish Burns Night, or war veterans at the Cenotaph on Remembrance Sunday.

From the project, Passow gleaned an overriding impression of the British Jewish community. It is “no longer an immigrant community,” he said, “and as a result it exudes a kind of pride that can only come with shedding that baggage that immigrant communities have of both fearing and striving. It has gotten past that.”

View a slideshow from Judah Passow’s ‘No Place Like Home’: