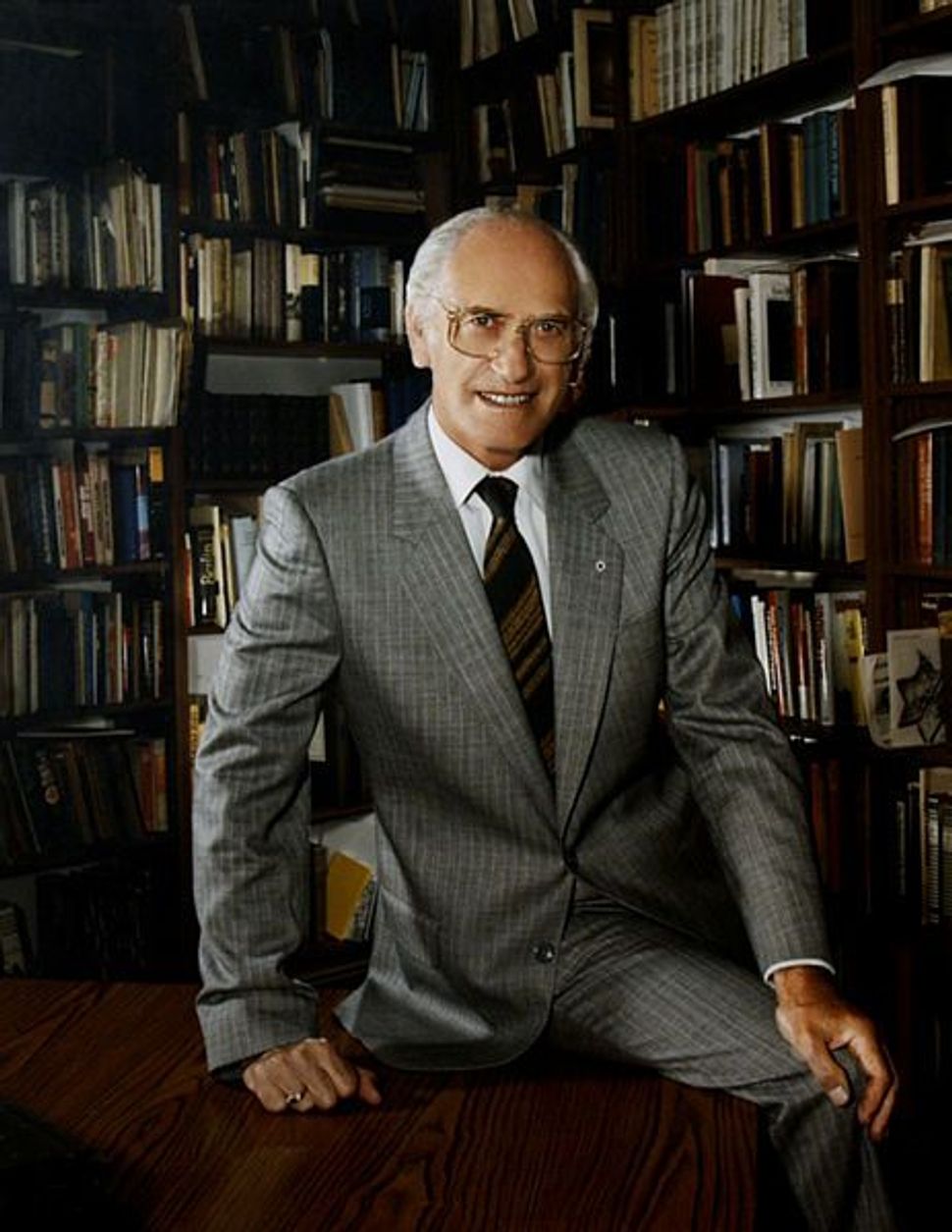 Rabbi W. Gunther Plaut, Senior Scholar at Holy Blossom Temple, died February 8 in Toronto at the age of 99. Holy Blossom, a Reform Synagogue, is the oldest congregation in Canada’s largest city. Rabbi Plaut was the longtime senior rabbi there, from 1961 to 1977.

Plaut was born in Munster, Germany, the son of Jonas and Selma Plaut. After earning a law degree in 1935, he fled the Nazis and went to the United States, where he was ordained at Hebrew Union College in 1939. After serving as a chaplain in the American military during World War II, Plaut took pulpits in Chicago and St. Paul before moving to Canada.

The late rabbi’s name is most familiar as the author of “The Torah: A Modern Commentary” the Chumash used widely by Reform congregations.

Plaut, an internationally recognized preacher and religious leader, was also a prolific writer and scholar, with several dozen titles to his name. He was a former president of the Canadian Jewish Congress and served as vice-chair of the Ontario Human Rights Commission. He was also made an Officer of the Order of Canada in 1978 and promoted to Companion in 1999. Rabbi Plaut’s papers are housed at Library and Archives Canada in Ottawa.

Plaut is said to have had Alzheimer’s Disease in his last years. He was pre-deceased by his parents, brother Rabbi Walter Plaut, and his wife Elizabeth. He is survived by his children Rabbi Jonathan V. and Carol Plaut and Judith Plaut, and his grandchildren and great grandson.

A notice that went out from Holy Blossom from Rabbi John Moscowitz and President Mark S. Anshan announced that funeral services will be held for the late Rabbi Plaut at Holy Blossom on Sunday.